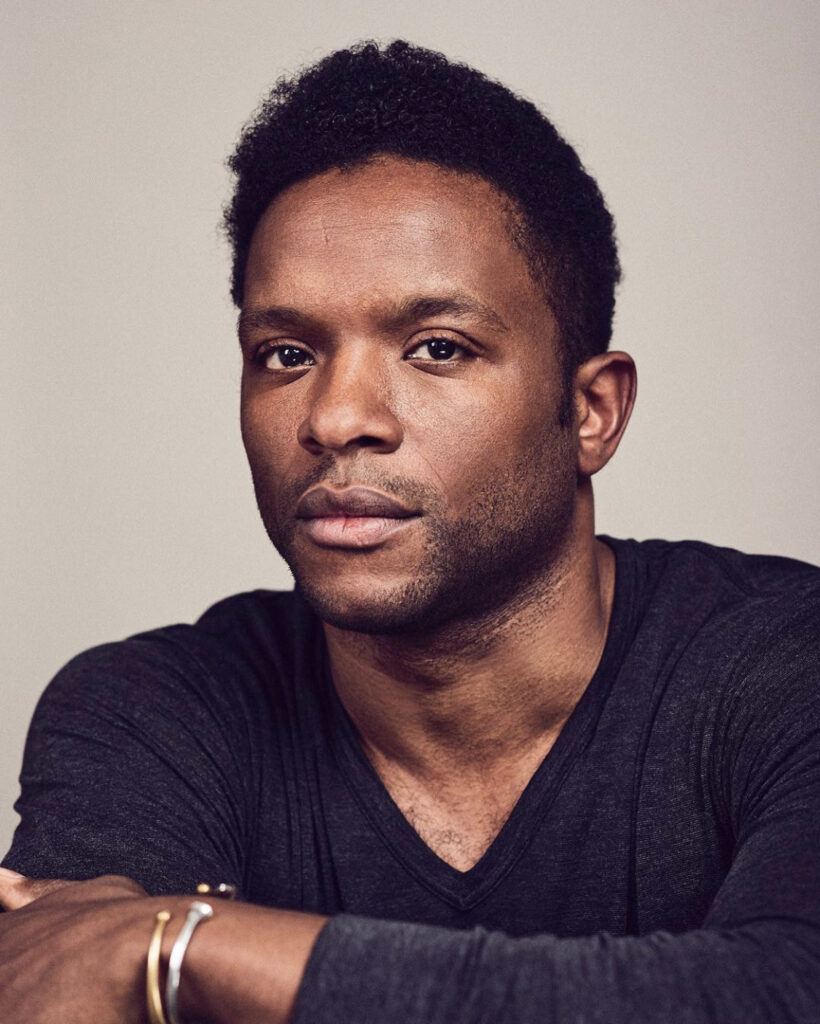 Written and Directed by Kyle Laursen, Josiah examines issues inside the creative process of a casting room, excavating unconscious stereotyping and complex power dynamics based on race, class and gender.

I was born and raised in the great city of Brooklyn, NY

What was your introduction into the Arts?

After a smashing performance as MLK, Jr. in my 2nd grade play, I took a long hiatus from performing. I was highly focused on athletics as a kid. But I was always consuming art. As a youth in NYC that’s fairly commonplace. Also writing creatively and playing music in school growing up. I received an excellent classical/liberal arts education so the arts were just part of the overall deal.

I didn’t really conceive of a career in the arts until I realized I was in fact an artist. And that happened relatively late by industry standards I suppose. That decision wasn’t made until after I finished university.

Where did you study acting?

At The Maggie Flanagan Studio in NYC – and on numerous stages and screens since.

What attracted you to the role of Brandon?

Kyle! He sent me a script and I took a look and imagined I could do something with it. It was complex and nuanced stuff and once we discussed our ideas I knew I was in good hands. A less thoughtful, and frankly human, director makes a mockery of this.

What is it like for you when a role like this demands the use of racially offensive language?

It’s exciting. I don’t subscribe to the (growing) notion that we ought to tiptoe around life. This type of language confronts us frequently. I thought it a real opportunity to hold the mirror up. To have been put off by the language would be me pretending that reality isn’t reality. My job is to illuminate reality.

Had the language been gratuitous or pornographic then I wouldn’t have done it. It was grounded in sound and necessary storytelling.

How do you separate the words from the actor saying them?

What have you heard or experienced from actors or others who have raised concerns about the use of this type of language?

Actors, at least the ones who have made it a point to reach out and comment, LOVE the piece. Leaders and entrepreneurs in media and education who have contacted me LOVE Josiah. There has been nothing but admiration for the work and the artistry of everyone involved.

I find it curious about folks’ concern around the use of used language. Rather than take issue with its use in the piece from a “how can you use such language?” perspective, I think a better question might be “how do we tolerate the use of such language in particular contexts in ACTUAL LIFE” – “How did society allow such hideous behavior come to pass? We ought to come to grips with that!” This is the deal. If you are more concerned with THE word than EVERYTHING (and I mean EVERYTHING) associated with and behind the word – this may be an indication that you have some sort of work to do. I don’t know. It’s not for me to answer. But, if we have accomplished that for some – to start that consideration and personal conversation – then we have done a good thing, indeed.

My take is that Jack was sincere. As sincere as anyone else in the room. I think Kevin Dunn did a great job. When I consider the concerns already discussed above, who is to say that Jack wasn’t trying to look at this particular time and place with wide open eyes? I witnessed a man in the room who was disturbed at potentially being mischaracterized just because of the use of language that exists and existed. And perhaps struggling to be honest. As a Black man in this world, I’ll take a guy like Jack over a coward retreating unknowingly into their “whiteness” any day. Cowards have always been central to our demise.

You see it in the work I hope. My personal take is Brandon’s reaction. The great thing about the film is that Brandon got to leap beyond any restrictions and deliver the second take. He should have delivered the final take the first time! And he got an opportunity to do so. Sometimes we actors don’t have that chance.

The issue of race in Hollywood is as big as it is in society. When you dodge the issue of a history of exclusion and injustice you get more exclusion and injustice. Tiptoeing around reality only helps the powerful and those recognized as members of the historically dominant culture. Telling the truth and being accountable helps everyone. Whether or not you like, or know, it.

What do you hope people take away from your role?

I hope they appreciate an honest take on a righteous bit of text. I also hope they witness that I am very good at what I do.

As an actor, how close does this feel to an actual read before a director and producer?

I treated it as an actual read before a director and producer, so it was pretty close. Of course everyone in the room was friendly on the day and trying to work with me so that made it a bit easier. That of course is not always the case. So that was nice. A different kind of pressure. A more welcome kind.

WHAT’S NEXT FOR YOU?

I just wrapped a film alongside Channing Tatum, look forward to its release in 2021. I’m currently developing a mini series based on the life of Frederick Douglass with my writing partner, and auditioning like a man on fire!! 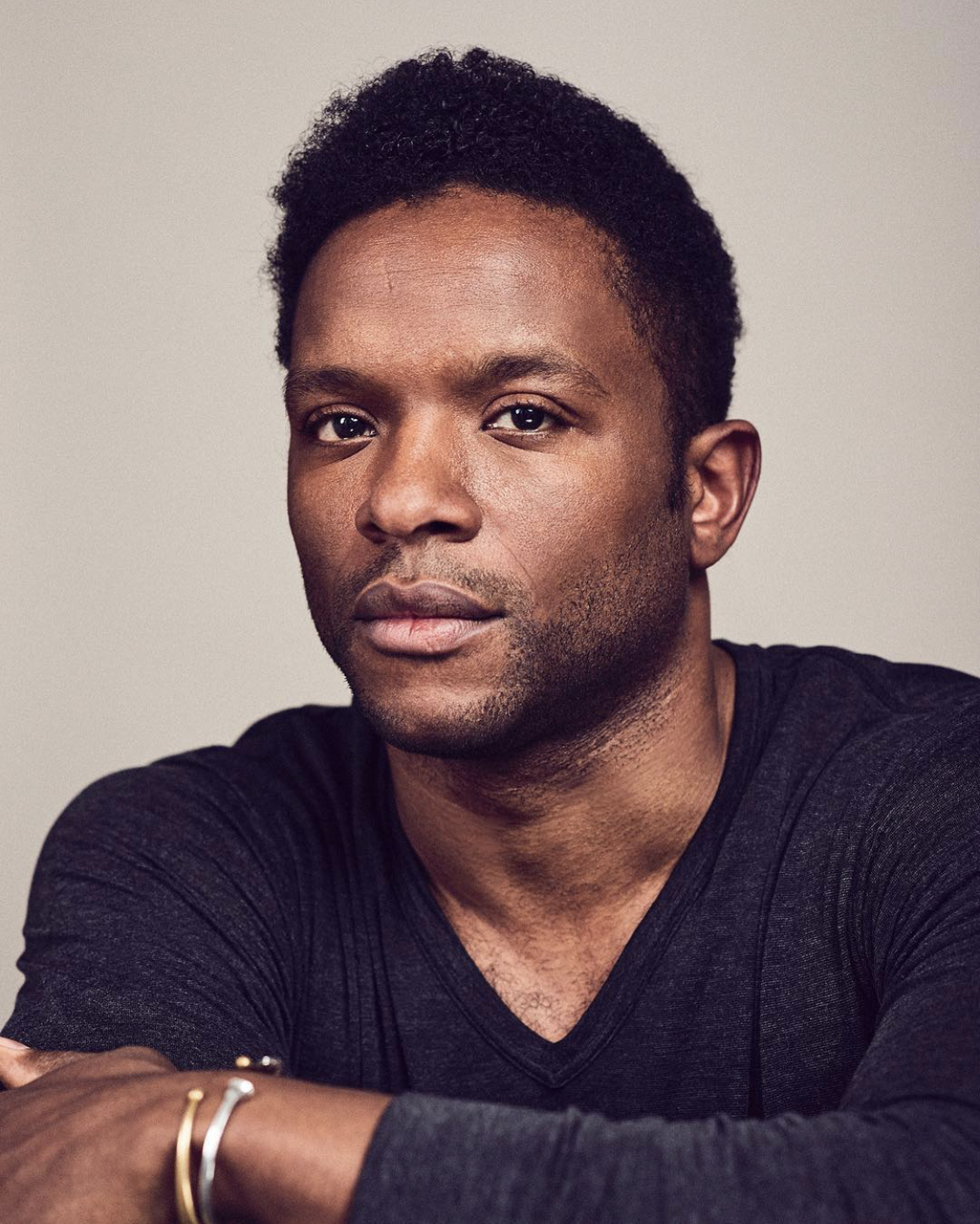 Written and Directed by Kyle Laursen, Josiah examines issues inside the creative process of a casting room, excavating unconscious stereotyping and complex power dynamics based