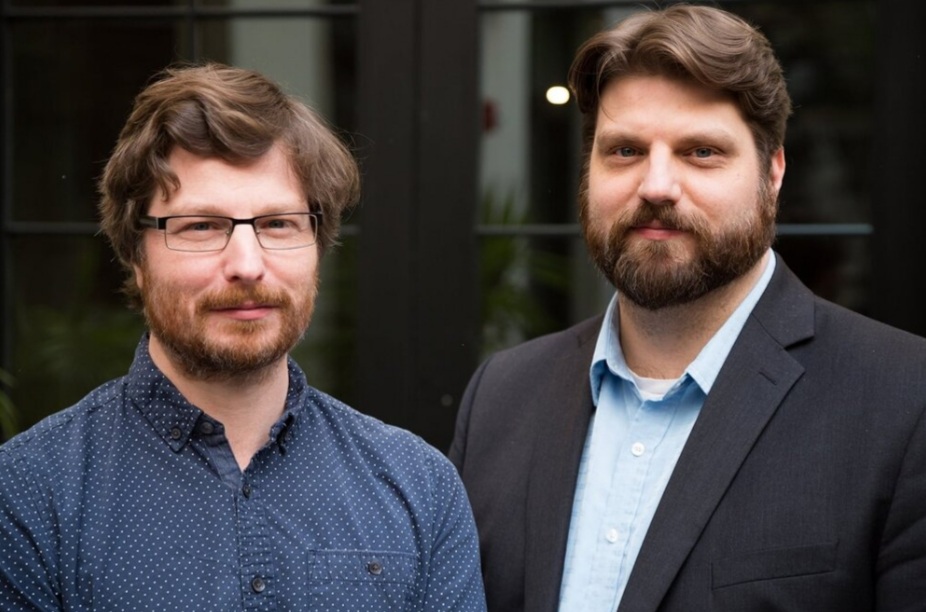 Directors Austin and Meredith Bragg are an award-winning brother duo. Their Award Winning short film A PIECE OF CAKE shares a story of a father who goes to drastic measures for his daughter’s birthday.

How does humor help A Piece of Cake avoid being just another movie about a preoccupied Dad?

MB: The premise is so absurd that I think it would come off humorous even if we never added a joke.

When Cora asks, “Is that a Daddy Promise,” that’s really powerful. How tempted were you to take this movie in a more dramatic direction?

AB: We always knew we would be working in comedy for this piece — there’s a black market cake den afterall. But if you want to elevate comedy beyond a one-premise sketch, there has to be some heart behind it.

MB: We needed the impetus for the quest to come from the Dad. We wanted him to make a choice that would drive the story. So we came up with the idea that, through his daughter, he would finally recognize his flaw and want to become a better person. “Daddy promise” was something that came out of the writing process. It felt so simple, devastating, and innocent at the same time. We loved it.

How did you work with Rich Sommer (GLOW, Mad Men) to develop his character and what was it like for him to take direction from two people?

AB: Having two directors is not as scattered as you might think. By the time we’re on set the two of us are in sync as far as what we want. In fact, for any given scene, one of us may be focusing on the monitor while the other is talking to an actor. We try not to gang up!

MB: Rich was our first choice and we are so incredibly happy he said yes. We had a good inclination of his range and knew he had a comedic background (there is a reason he has some of the funniest lines from Mad Men), so we were 100% confident he would knock it out of the park. It never felt like we were directing him, so much as just having conversations about tone.

How did the both of you develop this similar mindset of becoming filmmakers?

MB: It probably doesn’t hurt that we grew up in the same house watching the same films. We became sketch comedy nerds together.

AB: In a landfill somewhere is a cassette tape full of terrible audio sketches we made in elementary school. Usually about Star Wars.

You’ve directed and co-written several movies together, how does sibling rivalry and sibling closeness direct the vision of your films?

AB: I think we both want to make each other laugh. We’ve channeled our sibling rivalry into finding better jokes or more poignant lines. Thankfully we’ve left the mild violence back in middle school.

MB: Especially now that Austin is bigger than I am. I timed the reconciliation to the moment he could beat me up.

What strengths do you each have as directors and how does it help make up for each other’s weaknesses?

MB: Austin, who has an acting background, is probably better with actors than I am.

MB: But by the time we’re on set, we’re both on the same page. It can actually be quite helpful to have two directors on set — especially when something comes up that needs attention. We can be in two places at once.

How did you know about dragees, and how did their existence drive the story idea?

AB: I don’t remember where we first read about the California dragee issue, but it left enough of an impression that we added it to a Google Doc we share with possible sketch and film fodder.

MB: We instantly knew it could do well as an exaggerated drug war analogy, it took us a while longer to come up with the actual story.

As you write/direct this movie who in your life do you have in mind?

MB: Well, I definitely see myself a bit. I mean, who doesn’t want to be the father that makes good on their promises?

Natalie Britton (Girl Boss, Fuller House) goes with her Irish accent. What thoughts did you have about her speaking with an American accent, and what had you decide to stick with her native tongue?

AB: This is something we discussed a fair amount. One of the great things about letting her use her accent is that it allowed us to underline the fact that dragees are not just legal in every other state but California — they are legal all over the world! It gave a bit more oomph to the line “You mean they are illegal here?”

With his great success in his career, what makes an actor like Sommer become involved in independent short film?

AB: We sent the script to his rep and crossed our fingers. I’m still humbled he said yes. He was our first choice.

MB: From what he told us, he simply enjoyed the script. I think it didn’t hurt that he had a similar experience trying to track down a specific brand of candy in Manhattan for his wife.

AB: Or that we were shooting in Los Angeles. We weren’t asking him to leave his family for days.

How did you help Riona O’Donnell tap into her own life to deliver the role?

MB: Can we just take a moment to talk about how great Riona was? What a pro.

AB: After Rich was on board our next hurdle was finding the daughter. We spent a long time searching, because she had to have that perfect mix of innocence, understanding, and empathy. If the daughter came off as whiny or entitled it wouldn’t work. Riona knocked it out of the park for us.

When Sommer is futilely trying to find an item in a grocery story, how much do you think that hits home for every Dad trying to run errands?

AB: It certainly hit home for us!

MB: I think every parent can relate.

Dads didn’t get all this grief when I was a kid. How do you think times have changed?

MB: It’s funny, I find time and time again dads are portrayed as bumbling or clueless parents. We were going for something different. Yes, in our story the father has a flaw. But he goes to insane lengths to make it right for his family.

AB: We really wanted the relationship between the Dad and the Mom to feel real and solid.

AB: We’re working with MPI — the same team that produced A Piece of Cake — on a feature film. The film is based on the true story of Roger Sharpe, the young midwesterner who overturned New York City’s 35-year ban on pinball.

Directors Austin and Meredith Bragg are an award-winning brother duo. Their Award Winning short film A PIECE OF CAKE shares a story of a father