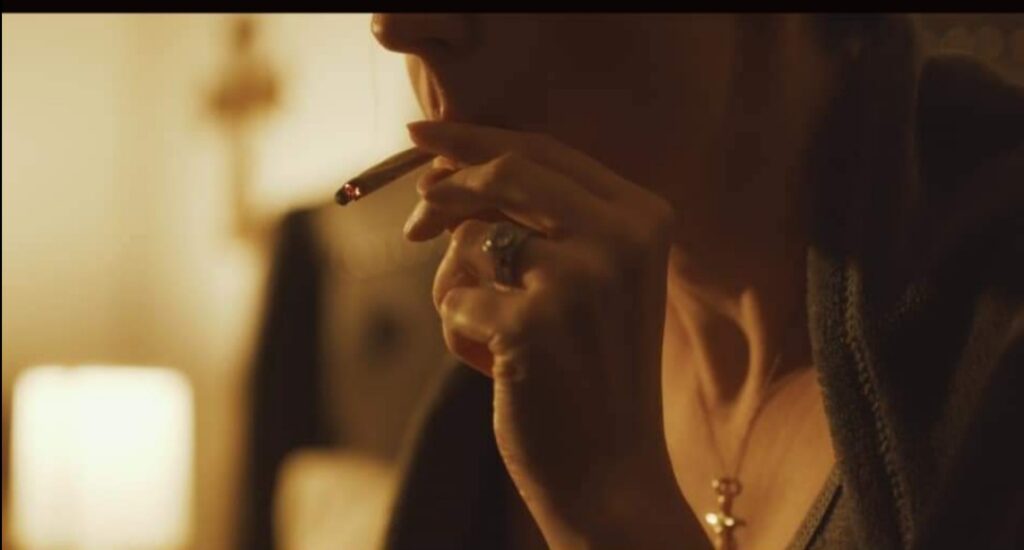 Even with more open minded people, medical marijuana does evoke a bit of a question mark in terms of its legitimate usage. Still, real medical professionals and studies give the treatment its due for a whole range of ailments – and depression is the condition that Slow Burn takes on in a 22 minute short by Caleb Kurowski.

Dan (Randy Bernales) and Naomi (Jaclyn Jensen) are the happy couple, and she’s a ‘having his baby.’ But the bliss quickly ends with Naomi’s traumatic miscarriage, and the would be mother does not take the tragedy well. Her group therapy session goes off the rails, and PTSD is later diagnosed at the doctor’s office.

The psychologist suggests the standard pharmaceuticals, which has Dan deflecting. So medical marijuana is presented as an alternative. Dan is all in, and now, it’s Naomi who has her doubts.

She “has morals,” and is armed with all the long standing cliche’s against this so-called ‘gateway drug.’ All told, her stand negates whatever possibilities medical science has revealed.

So the marital head butting is on, but the conflict feels manufactured. In part, because neither option is some sort of magic elixir that will suddenly lift Naomi’s burden and the real damaging choice would be to do nothing.

Then the intervention by Dan would sound less preachy and leave the husband in the position of trying to convince his wife that marijuana might be the path of least resistance. As a result, Dan’s concerned pitch comes off like a public service message, and in addition, wrapping the story around a devout Christian family only adds to the awkwardness.

Even so, Dan does falter by saying the worst possible dumb husband thing, and Naomi has little choice but to dig in. Thus, she falls deeper down the rabbit hole, and while most of the performances are pretty wooden, Jensen does a convincing job of portraying someone who is falling apart. In turn, things obviously come to a head.

No matter the outcome that Dan and Naomi arrive at, a public good is being done by the film for sure. On the other hand, viewing Slow Burn on its artistic merits brings to mind Reefer Madness. The intent of the 1930’s propaganda film was meant to discourage marijuana use, and its campiness and poor quality had the opposite effect.

Slow Burn suffers a similar sentiment, and the contrived nature almost begs people to be less open to considering medical marijuana as an alternative. An unlikely scenario, the filmmakers still deserve recognition for trying to clue people into the legitimate scientific study behind the usage of medical marijuana. The film is just far from being the right vehicle to deliver the message on a larger scale. 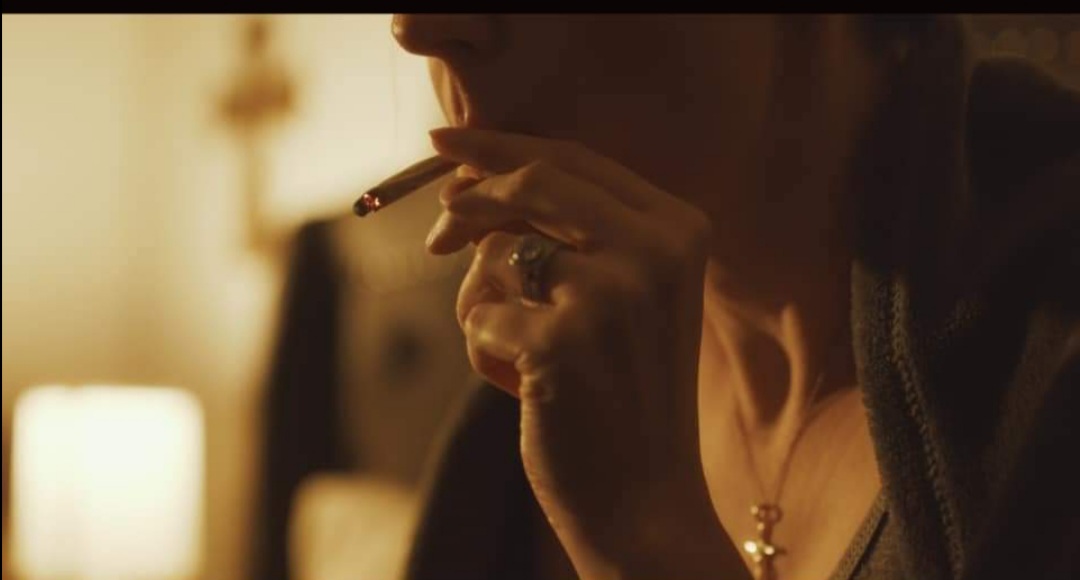 Even with more open minded people, medical marijuana does evoke a bit of a question mark in terms of its legitimate usage. Still, real medical