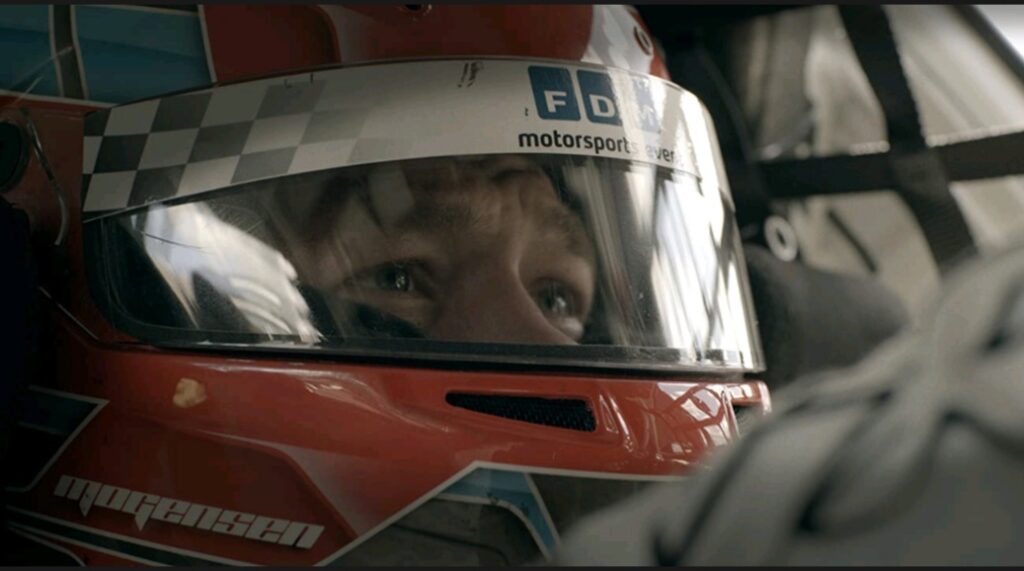 “With its auditory organs the moth can perform evading movements in the dark. The moth does terrible in the light, though. It can’t distinguish other light sources from moonlight. This leads the moth to its death, as it will burn up in the light.” So begins Turned, a 20 minute domestic violence short that makes tragic sense of the analogy.

In human terms, Kasper (Sylvester Byder) has long had domestic abuse descend darkness over him. We painfully become privy to the events in the Anders Walter film, and the established patterns are set. So much so that they almost demand that Kasper remain in the dark, because the light disorientates – just like the moth.

But the pensive and reserved demeanor that Byder casts over his scenes seems to put Kasper light years away from any difficulty. In addition, the caring tenderness that the he envelopes his girlfriend with tugs at the heart. So convincing, Veronika (Clara Rosager) is not the only one pining for the blonde angelic young actor.

On the other hand, we quickly realize that a book cannot be judged by its cover. The film cuts to young Kasper’s childhood, and his mother bears the brunt of the father’s physical and emotional abuse.

Of course, Kasper is a victim by default, and the tether extends to the present day. Aside from the severe shortcomings at home, his father (Jakob Lohmann) seems to have failed race car dreams, and he’s living them through the reluctant downshift of his son.

The setting and realistic race car presentation also puts the Dad’s urgency on the clock. The cars zooming past, the father knows he’s running out of time. So he projects his own weakness on Kasper, and Lohmann’s in your face performance makes us believe that we’re unworthy too. At the same time, the quiet pain that Byder exudes is no match for the father’s boisterous bullying.

Thus, Kasper struggles to be heard and his desire to leave the race track behind is met with determined anger. Obviously thinking of his own needs, the father belittles his son’s higher educational pursuit of entomology. Hence the moths, but again, the real world is where Kasper is lost.

There’s been so much damage that Kasper has difficulty connecting with others and not even his girlfriend can turn him toward the light. “I can’t do this, if you don’t let me in,” she pleads, and Rosager’s performance gives the perfect sense of being caught in the middle.

The manner in which the film switches between the past and present helps explain why. Merged as though you’re living in the same timeframe, the seamless editing (Lars Wissing) weighs heavily on the viewer and annunciates the emotional grip that the father holds.

In addition, the fragmented clips feels like the past playing out in our own minds, and unable to stay in one place or the other, we understand why Kasper is so disconnected.

We also feel just as hopeless, and despite the good woman at his side, the only chance Kasper has is that he is not a moth.

Given the pervasive cycle of violence that pervades society, the possibility is not much to hang our hats on. But for many that’s all there is, and Turned screams the tragedy to the world. 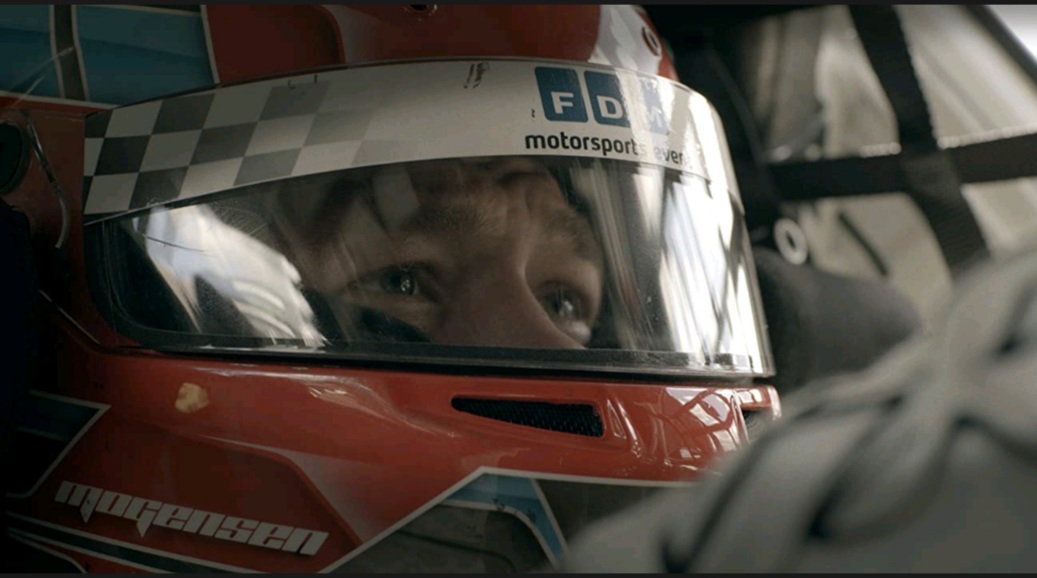 “With its auditory organs the moth can perform evading movements in the dark. The moth does terrible in the light, though. It can’t distinguish other