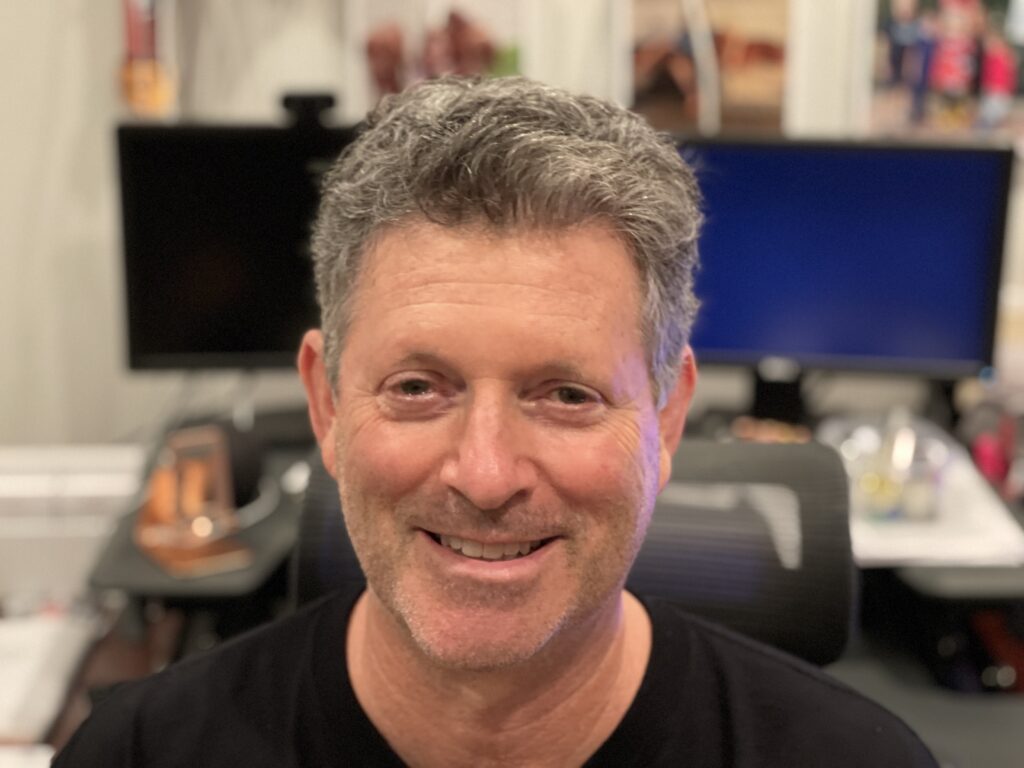 THE LAST HOUSE STANDING is a documentary film that expores why we continue to place cost over safety while the technology exists to build homes capable of withstanding hurricanes, fires, and tornadoes. Take2IndieReview sits down with Director George Siegal to discuss his powerful film.

The Last House Standing explores such an important urgent subject. What were your inspirations to make the documentary?

I was a television weatherman and reporter for 14 years forecasting and covering disasters. The stories about the victims are always so sad, yet I noticed nothing much seemed to change to prevent it from happening again and again. When I got out of the news business, I started my own production company and connected with a guy in the concrete industry. He showed me that there were ways to build safe homes, we just weren’t doing it. I came up with the concept of wanting to be the last house standing and wanted to learn what it would take to have that. When Hurricane Michael devastated Mexico Beach Florida in 2018 there was one house left standing on the beach, so I themed the documentary film I wanted to make around that house.

When did you realize this was a topic you wanted to explore into a feature length film after covering the weather forecast?

I thought having a feature length film about this subject would allow us to tell the story in a way that accomplished two things: 1. We see how tragic it is for the victims and how long a recovery they face after losing everything; 2. We have experts explain the importance to viewers of being better prepared for a disaster to avoid becoming a victim.

Is the inception of the documentary based on a particular story you covered as a reporter, a personal experience, or something else altogether?

Actually, a couple of things. In 2018 I flew up from San Antonio Texas to Moore Oklahoma after a tornado wiped out a good part of a neighborhood. I remember interviewing a woman, where the only thing left on the slab where her house used to be was a bathtub and the mattress she held over her to keep from getting blown away. Everything else was gone. It was shocking to see in person. I’ve also covered flooding stories and seen the mess left behind by the water and how helpless the victims are standing in the middle of all their possessions that are completely ruined. It’s such a helpless feeling. It made me realize people need to wake up and start being proactive about their living situation as opposed to reactive.

You’ve unified an enormous list of people, including Former FEMA Director Brock Long to provide us vital information. How were you able to bring these accredited professionals to share their expertise?

That is always the tough part in making a documentary. In the case of FEMA, it’s not easy to get an interview with them because they have to be protective of the publicity they invite in, especially in a documentary film. I got in touch with the right people that understood our film would be helpful to FEMA and wasn’t a hit piece about them. One of their priorities looking forward is similar to the theme of our film, which is getting people to be proactive and not reactive about preparing for weather disasters. For the other people it took lots of phone calls and emails. Henk Ovink is a very busy man, my videographer saw him featured on 60-minutes and called me. I had to get this man for the film, and it took almost a year to coordinate us being in the same place at the same time and getting him to break away from what he was actually there for. We caught up with him in St. Pete, Florida at a conference, and I was nervous up until the point he had the mic on and we started the interview. They book every second of his time and that was stressful to coordinate. All the other experts we interviewed understood what the goal of the film was, and it aligned with what they spend their lives working on. They all seem happy with the end result.

Was there anything in particular that was challenging during the production phase?

It’s always challenging setting up interviews when you visit a disaster area, in our case it was the Florida Panhandle. People have bigger issues to worry about than talking to us. You have to be respectful to what they are going through while at the same time understanding we are only there for a short time and need to get the video and interviews. People in Mexico Beach and Panama City Florida were great to us. The same for Malibu, California. When you are asking people to talk to you about all they have lost it can’t be easy for them. You also have to be productive and get what you need when you travel to shoot the story, because it’s very expensive to visit again if you miss something.

The film discusses solutions against natural catastrophes. Describe how you plan to expand its accessibility to viewers.

Our film is currently available to every public television station in the country, many have aired it and we are hoping for a huge spring and summer. It’s also being made available to colleges and universities around the country as well as libraries. And anyone can go to our website right now, thelasthousestanding.org and rent the film for $3.99. We also work with groups to have the film as part of an event or online screening, (hopefully in person again soon) and make it available to use for fundraising for disaster victims as well.

How do you envision getting the film across people that are in denial about climate change?

The experts in our film clearly talk about changing weather patterns, more late season storms, storms that intensify more rapidly, and more powerful storms hitting the U.S.. The facts are the facts, so if you are a climate change denier, you still need to see this film because if you own a home or live in an apartment you are vulnerable to a major disaster and need to understand your risks and what you can do about them. This film doesn’t suggest how to solve climate change, it’s more of a wake-up call to people that it is pure insanity to keep making the same mistakes over and over again. I only need to whack my thumb once with a hammer to know it hurts, if I keep doing it, then it becomes a problem that I’m not doing the right things to solve.

Since its premiere, what have been the reactions so far?

The reactions so far have been great, better than I could have hoped for. I think it really makes people stop and think about if there are things they can do to make their homes safer. Experts have been very positive as well, with flood plain managers and industry people using the film to show their teams, to get people thinking how to become more proactive about disasters.

If you had one word to describe the film, what would it be?

One word, powerful! Can I have more than one, I really need 5, “a much needed wake-up call.”

After directing and producing your second documentary, what advice would you give to aspiring documentary filmmakers?

If you have an idea you feel strongly about, find a way to make your film. And be open minded while making it. Don’t have the answers to the problem written until you see what you have after getting all your interviews. I like documentaries that show me there’s a problem and offer ways to fix it. I don’t like the ones where someone’s opinion is shoved down my throat. You can tell when they have an agenda.

What is your main hope for The Last House Standing?

My hope is that The Last House Standing serves as that much needed wake-up call and gets people to take action. For starters it could be as simple as understanding your insurance policy and making sure you have enough insurance. Get your home inspected and find out what your vulnerabilities are. And the part that takes the most time, talk to your local politicians and try and rally people to fight for tougher building codes. That can take a long time, and we can’t afford to just sit around and wait for that, that’s why people need to make the improvements they can on their own. Try and do business with a builder that is more concerned about how safe their houses are, rather than how much eye candy they can pull you in with. We should be rewarding those who are building safe homes.

To watch the movie or learn more about The Last House Standing, visit our website https://www.thelasthousestanding.org 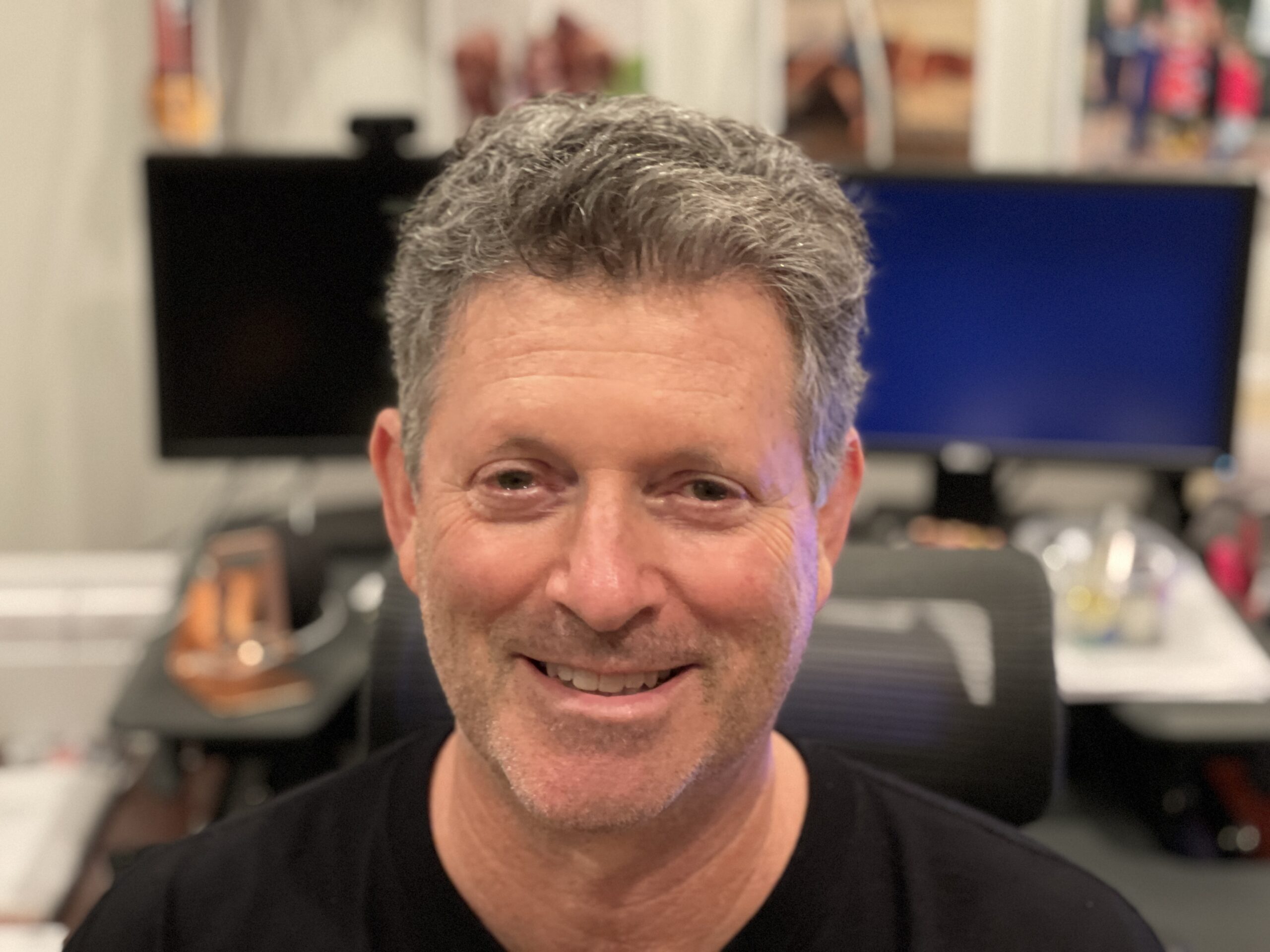