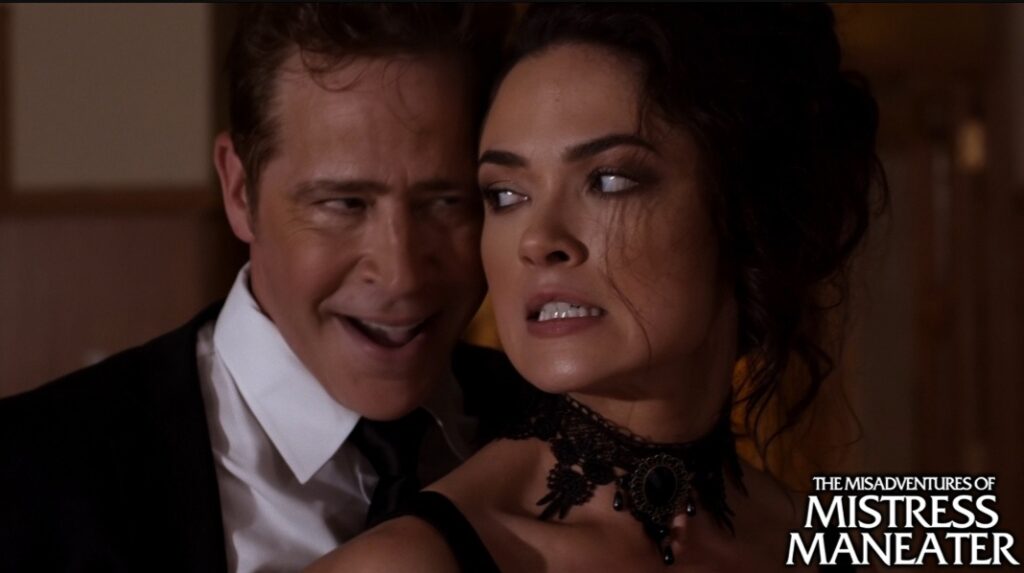 THE MISADVENTURES OF MISTRESS MANEATER

The Misadventures of Mistress Maneater is a drama with definite elements of comedy. Thus, the film does an adequate job delivering in the comedy, but the 151 minute feature falls short on the dramatic aspect and makes the final act somewhat unbearable. Still, there are appealing light hearted things to see here which makes the C.J. Julianus feature worth a look.

On top and at the outset, the main event comes in the form of Lorrisa Julianus as Ava Moriarty (or the mistress). She’s got Frank (Bruce Spielbauer) strung up, and he’s falsely begging for mercy through the constriction of a face plug.

Julianus, who wrote the film, also fills out her leather suit quite well, but sex appeal isn’t necessarily the first thing that comes across. You don’t want to mess with this girl. She will eat you alive, and that’s not just in a professional sense.

On the other hand, Gabe is able to hold his own, and romantically separated by platonic friendship, Shannon Brown’s portrayal has the comedic duo playing off each other nicely. The fact that Gabe is gay makes him even more impervious to Julianus’ charming dominance and doubles down the humor.

Still, the comedic barbs rarely yield laughs out loud, but there’s a quirky amusement to keep you happily engaged. Of course, the film needs a plot and its revealed in a half million dollar real estate deal that promises to extricate Ava from her current career. Unfortunately, Russian gangsters hold her note and are no longer amenable to waiting for payment.

The priest is also tied to the mobsters, there’s MMA fighting, a priceless art collection and so on and so forth. Don’t worry, the plot is not strong enough to devote your complete attention to it.

Neither is the romance part but there’s enough pleasantry from O’Sullivan to see Radovan as the potential knight in shining armor. Radovan’s begrudging acceptance of Ava’s cynical decadence also amuses, and to facilitating his interest, none of Ava’s services involve sex and are all roll play.

The problems begin as the romance actually kicks off. The coupling gets sappy instead of staying a humorous course. Worse yet, the final act goes off the rails when the origins of Ava’s path is revealed.

The serious nature of the incident is not to be dismissed but it really throws a wrench into the strength of the film. That is the ability to deliver comedy and the film would have been better to stay the course.

At the same time, Radovan has a pretty sad story too and O’Sullivan’s tearful breakdown sends the movie to a screeching halt. The Lisa Liu score during dramatic moments doesn’t help either. The music seems to over emphasize and the ominous chords don’t necessarily go with events in play.

The Misadventures of Mistress Maneater does at least leave us with an ending that plays like the high points of this film. 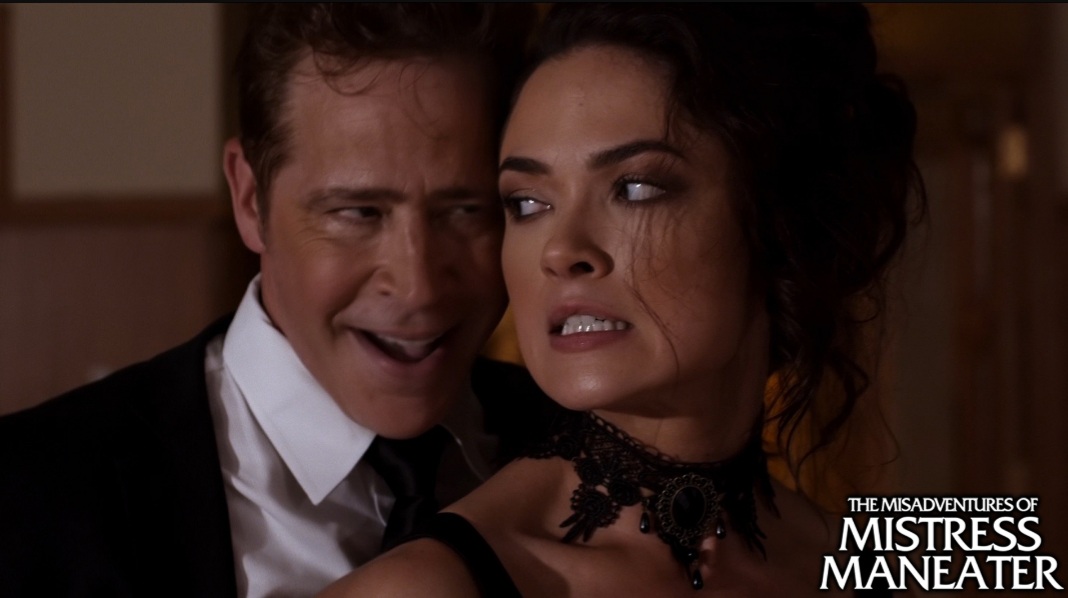 THE MISADVENTURES OF MISTRESS MANEATER

The Misadventures of Mistress Maneater is a drama with definite elements of comedy. Thus, the film does an adequate job delivering in the comedy, but