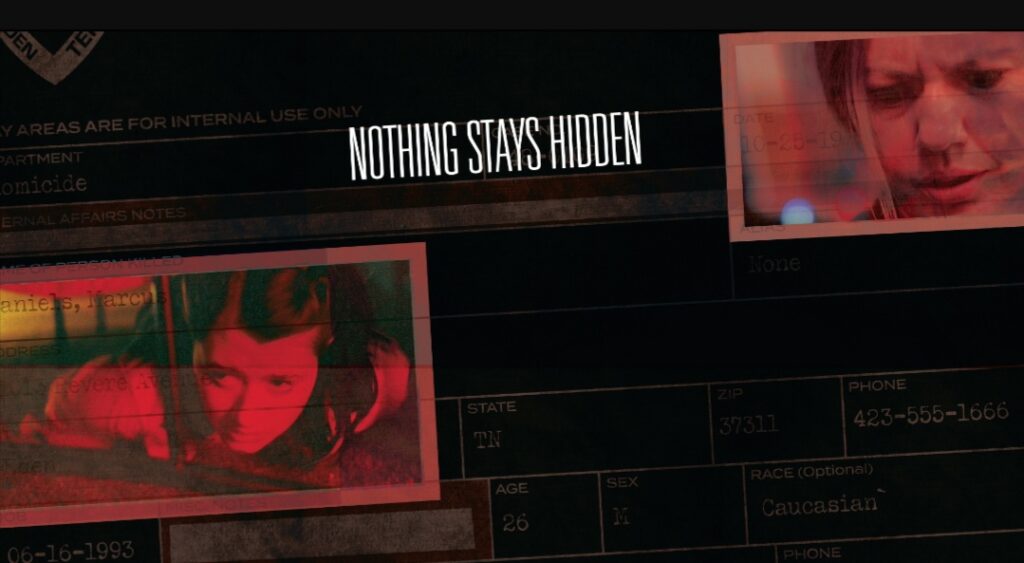 Fisher covers a lot of ground. Religious hypocrisy, teenage age bullying, infidelity, parental indifference and social media addiction are all on the docket. Wrapped up in small town murder, the issues intertwine with the characters and when the twists and turns reveal the culprit, the two hour horror feature by Cassandra Bryson merits reasonable praise for its efforts.

Our story begins with bible verse captioned across the screen, and our first character dies at the end of a sharpened sense of religious righteousness. A junkie, the young man has stolen some gardening supplies to pay for his habit, and on his dead body, the perpetrator pens thou shalt not steal in blood.

Pretty chilling and things don’t let up when we get more violent imagery with a twist of religion. Clara (Lilly Leann Wright) opens her email and severed heads are impaled on spikes. Again captioning provides a warning – Psalm 106:39

The teenager is aghast, tells the sender to piss off, but the drama dials back with a dose of normalcy. She bypasses the email as an anomaly and goes onto exchange like nothing happened with her friend Deja (Nasim).

Not so fast, we quickly move onto the complexities that social media can represent. Clara has taken to the art of Catfishing and her handle is JezebelReigns. She deceives guys into thinking they are mixing it with some little vixen, and piling on with provocative discourse, Clara bilks various gifts out of her targets in lieu of eventually meeting them.

Wow, what a Jezebel, and as Clara explains to Deja, the below board transactions have little chance for harm. The naiveté definitely comes across. But Wright’s performance doesn’t really convey the sentiment strongly enough and the possibility for catastrophe.

In fact, the acting across the board comes up pretty short. Fortunately there’s enough story to carry this film so the list of the usual suspects begins.

First is Deja. She’s the caring friend who sits on Clara’s shoulder and tries to steer as a knowing conscience. A role that has Deja’s hands full, and Chad doesn’t speak well to success either.

Chad (Dakota Evans) is her testosterone heavy boyfriend, and aside from the relentless hints to bilk some action out of his girlfriend, bullying is not beneath him. Jacob finds himself Chad’s first target. “Move it Jesus freak,” he plows through without reservation.

Taking the affront in stride, Jacob (Zachery Rodriguez-Gardner) plays and especially looks the part. A baby face that Jesus himself would envy, he manages to contain the ire Chad deserves and has no judgement for Clara’s poor choice in boys.

Clara may also have poor choice in male friends. Micah (Alexander Chastain) freely wields the word bitch for girls he doesn’t like. But more importantly, he’s a hacker, and is not afraid to apply his computer skills to do real damage.

Still, Clara defends him and she becomes a focal point for all these diverse personalities to rotate around. Add in Jacob’s devout parents, and when cracks reveal in their relationship, the orbit of Clara’s planets go on a collision course.

In the background, the Brian Parks cinematography casts a very saccharin shadow over the events and the contrast helps emphasize that the whole thing is eventually going off the rails. So all the usual suspects teed up, the tension builds around their competing proclivities, and left to figure out the flaw that is most fatal, the final question is which heavenly body will fall out of the sky.

Along the way, the mystery is exasperated by the Kevin Czaja score. As doubt reigns over the most tense moments, the music gives a sense that something other than the camera is watching, and in the end, someone is.

The revelation isn’t necessarily breathtakingly original but enough to give a decent hoot for this quaint horror film. 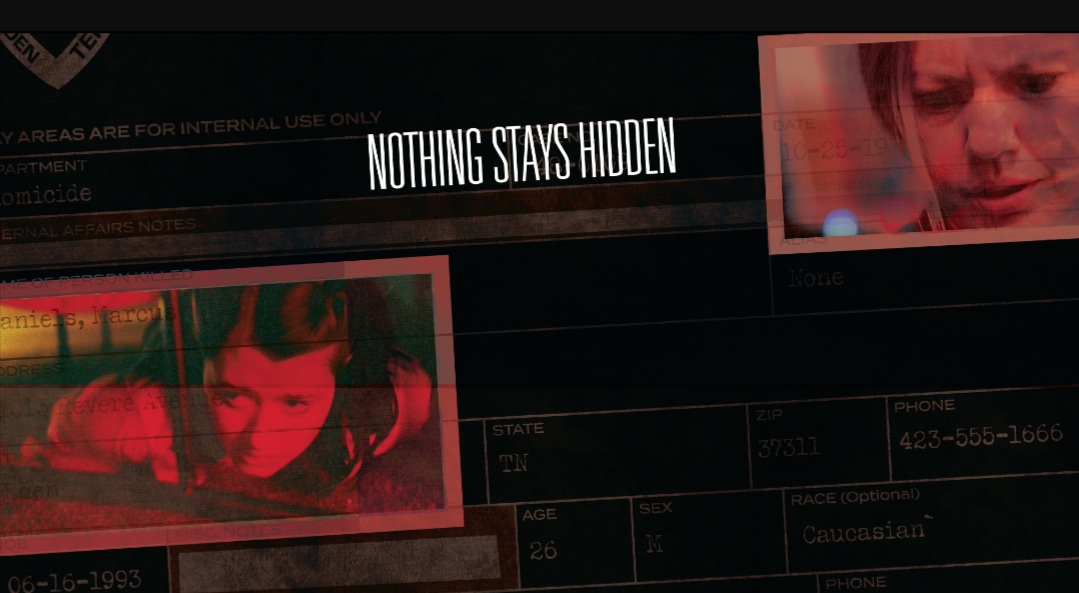 Fisher covers a lot of ground. Religious hypocrisy, teenage age bullying, infidelity, parental indifference and social media addiction are all on the docket. Wrapped up