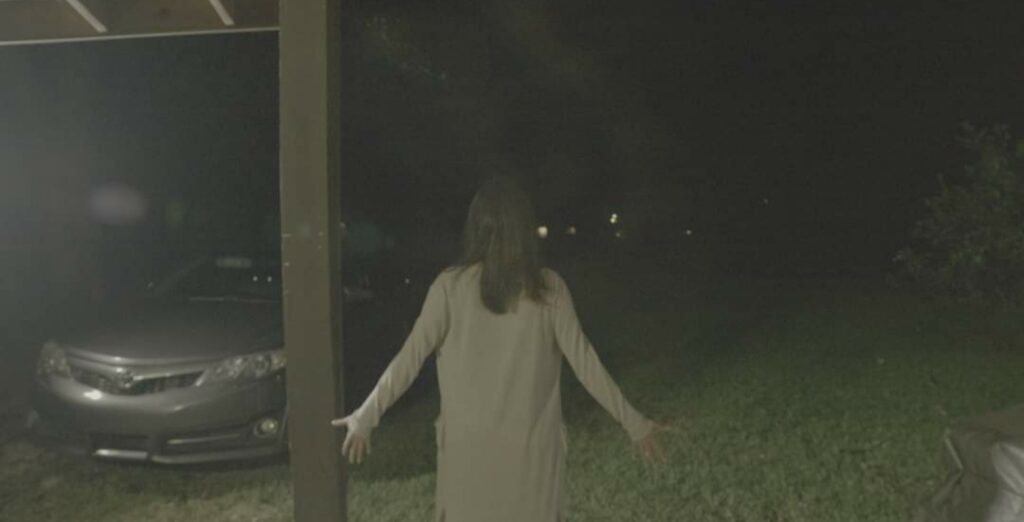 THE THING INSIDE US

On the surface, writer/director Paul Catalanotto’s The Thing Inside Us is a timely film that takes a bit of a Blair Witch approach to solving the mystery of a sleepwalker. In actuality, the film turns the camera on the audience in a self-reflective manner and forces us to ponder the questions and fears we have right now about living in and surviving a pandemic.

To start, we aren’t quite sure what we are watching. After “2.5 years, 2 months, 3 weeks and 1 day of sleepwalking” Shelly (Christine Tonry) is exhausted and her husband Daniel (Chad Graham), disturbed by strange patterns, endless and restless nights, begins to record all of her behavior to find out the cause. The quote by Dorothea Lange that pops up on the screen is far too telling: “A camera is a tool for learning how to see without a camera.”

Broken up into video segments, the film lives somewhere between a feature and a documentary. At times, it feels like we are watching a video library documenting someone’s trauma and at times a narrative that takes a little too long to get to the deeper, more alarming mystery. It feels intentional, a bit invasive, but very reflective of our society’s needs to put everything on social media and ask the masses for answers rather than rely on medical advice.

The story’s pace quickens once Shelly’s actions put both of their lives at risk, and erratic, unexplainable events force Daniel to find answers with greater urgency. Alternate advice from medical professionals, detectives, and helpful contributors on the internet send our couple trying various attempts to solve the sleepwalking dilemma. Some drive the story, some just present details that don’t quite add up for the viewer.

Shelly is played perfectly and disturbingly by Tonry, who is quite good at re-creating the same trauma repeatedly, moving through the crazy with a simplicity and dropping into her natural self in between the trance-like states.

The rest of the ensembles performances seem a bit overdone. The less grounded performances create an eerie sense of everything being slightly askew and having no character to truly trust. Referencing players we see in the news every day, Dr. Barr, for example, played deliberately cheeky and over the top by Jim Winter, seems a farcical take on Fauci. It feels as though Catalanotto is giving us a deeper commentary on the people, we as a society, have been trusting with our medical directive over the last two years.

Dramatized for effect, to what degree the film succeeds is more dependent upon the viewer. In the end, there is still so much to question; mostly, are we ready as an audience to watch people experience their lives being taken over into the unknown at the hands of an unidentifiable pandemic? Are there strange things out there holding us prisoner or are our thoughts our true captors? Is The Thing Inside Us a sci-fi mystery or a horror film and is the real horror seeing our reality reflected back to us? 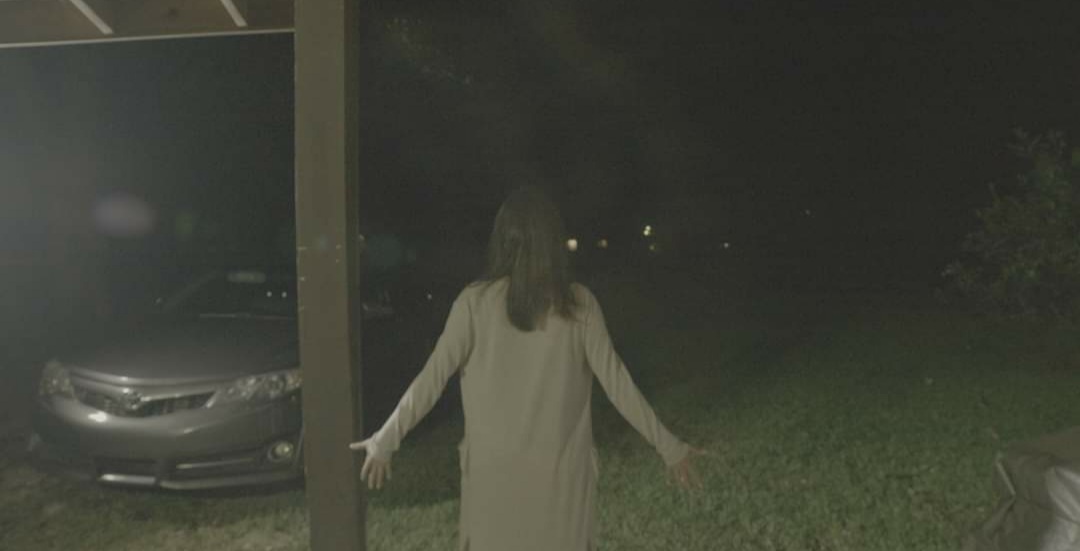 THE THING INSIDE US

On the surface, writer/director Paul Catalanotto’s The Thing Inside Us is a timely film that takes a bit of a Blair Witch approach to solving