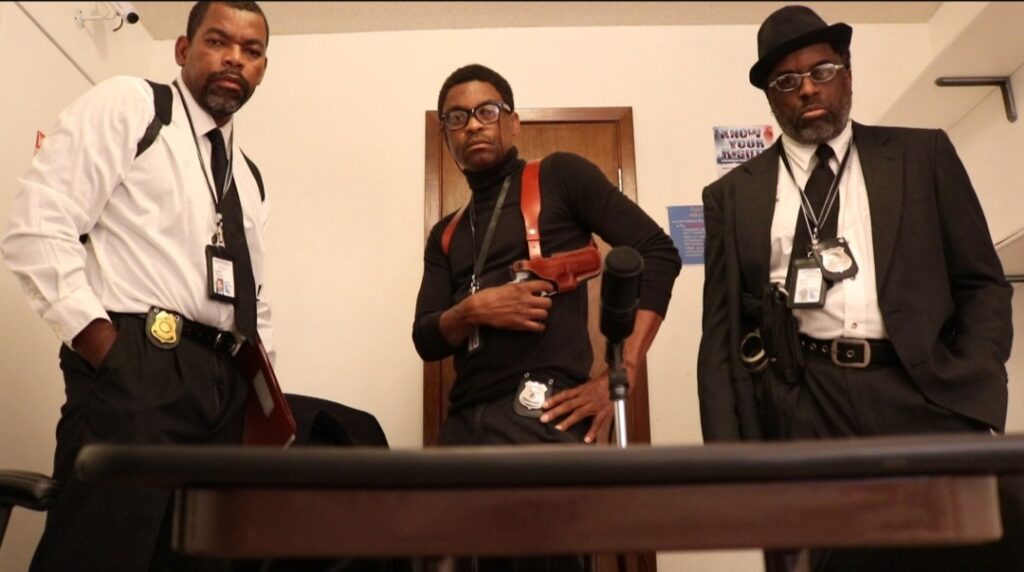 TALES FROM THE MURDER ROOM

At some point, every single one of us has been hauled into the interrogation room at a major police department in the United States and had to answer questions about a recent murder. At least on TV we have, and Tales from the Murder Room takes us there too in King Jeff and Gorio’s 97 minute crime feature. The familiarity doesn’t necessarily break any knew ground, but this film’s version of police work and investigation makes the events seem like something we haven’t seen before.

Each series of stories is preceded by an everyman going about his day and kicking back with the book copy of ‘Tales from the Murder Room’. Thus, there’s a randomness that suggests anyone could actually end up in the Murder Room. Nonetheless, the reader closing the book on screen signals the next story and lets us know we’re about to enter the investigation.

The old style detective sounding base beat by King Jeff surrounds, and with a musical bang, the Murder Room goes live. The mostly barren white walls allow no room for distraction, and what does hang are only the bare necessities. A few official looking posters, the video camera and an old school clock not meant as an adornment, reiterate that these cops aren’t playin.

In tandem, the black and white shoot says just facts, because there won’t be much need for nuance when the events unravel. The camera constantly cropping up to the suspect helps imply the events are going to be closing in fast.

So Mr. Arburrow (Jimmy D’Aquin) is up first, and accused of electrocuting the mailman. His inquisitors are all business. Clad with their police badges, holstered guns and ready file work, the real deal comes across. In turn, the first order in the playbook of Detective Jerry July (King Jeff) and Lt. George Rook (Gorio) is to have the suspect stew and D’Aquin’s nervous strut around the room via the police video feed doesn’t bode well for the suspect.

All primed up, the detectives enter and bite their collective tongues. This way the rage D’Aquin exudes can play right into the trap being laid. “Have a seat,” Rook strategically interrupts, and the unraveling begins with Arburrow complying.

A tag team match ensues, and each impassioned claim Arburrow makes is met with a factual counter. Unfortunately, the acting in general isn’t so great. The characters read the lines and labor to make themselves and the events seem like they are naturally occurring. But a variety of factors allow the viewer to overlook the shortcomings.

The adherence to protocol, the intermittent ring of the office phones and the familiar cop-speak that is mixed with tinges of personal style for each detective ups the realism. In addition, the manner in which the camera moves around the room and observes the scene makes the events seem like they are actually happening.

Enter Reggie Love (Bradford Franklin), a pimp who is accused of a multiple murder. Franklin fills the role to the brim with confidence, because if Mr. Love saw the previous clip, he’d know better.

Instead, Franklin swivels in the chair, reclines without a care and declines a lawyer because he just wants to get on with his day. After all, the pimp should easily be able to talk his way around this wordy, by the book officer.

Yes, July has Love right where he wants him, and the detective is going to savor every minute. We feel it too and are again grateful the officer didn’t just start at the end.

Then July and Rook go it alone, because solving a murder usually starts without a suspect. Hashing out the facts, they each take a turn in the batters box with their respective theories.

First, Rook turns to the camera and looks us in the eye. The pace of the music elevates, and as each plot point is hit in Rook’s hypothesis, the camera gets closer. But the King Jeff and Gorio cinematography defers on a zoom progression and incrementally jumps closer to signify the next stage in the story has been reached.

The effect really focuses the viewer to Rook’s passion to be right, and now you’re the one being reeled in. The hooks in, July takes his turn, and you’re meant to feel the competitive nature of police work.

The actual outcome in the story less important, the detectives are still a team and the little insights are everywhere. Aspects that are highlighted by the revealing camera angles, subtle sound effects and character interaction that is both standard and offbeat. All told, these Tales give a fresh take and are worth a watch. 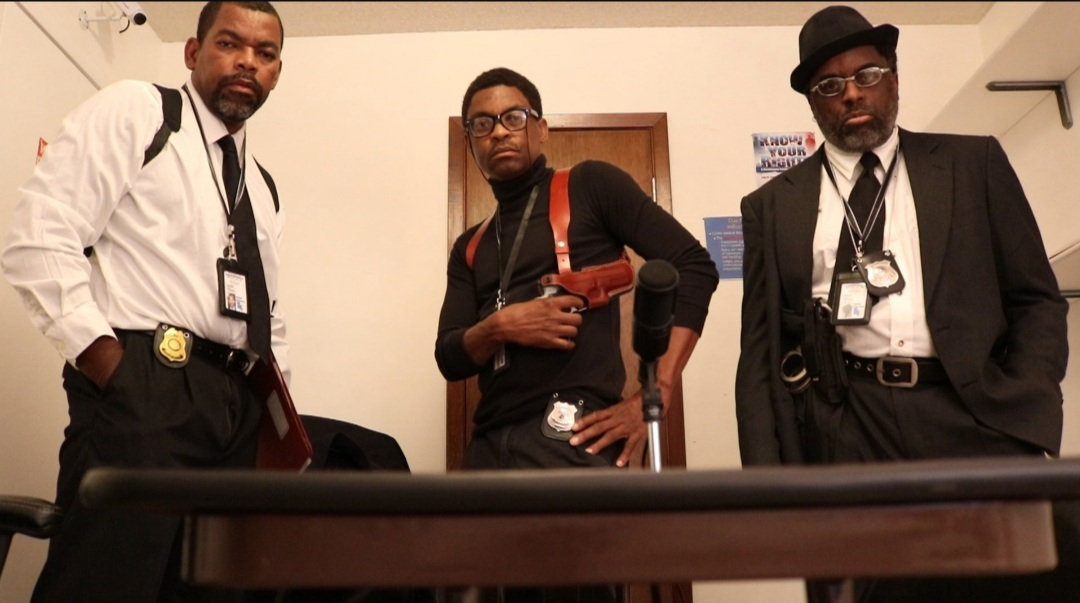 TALES FROM THE MURDER ROOM

At some point, every single one of us has been hauled into the interrogation room at a major police department in the United States and