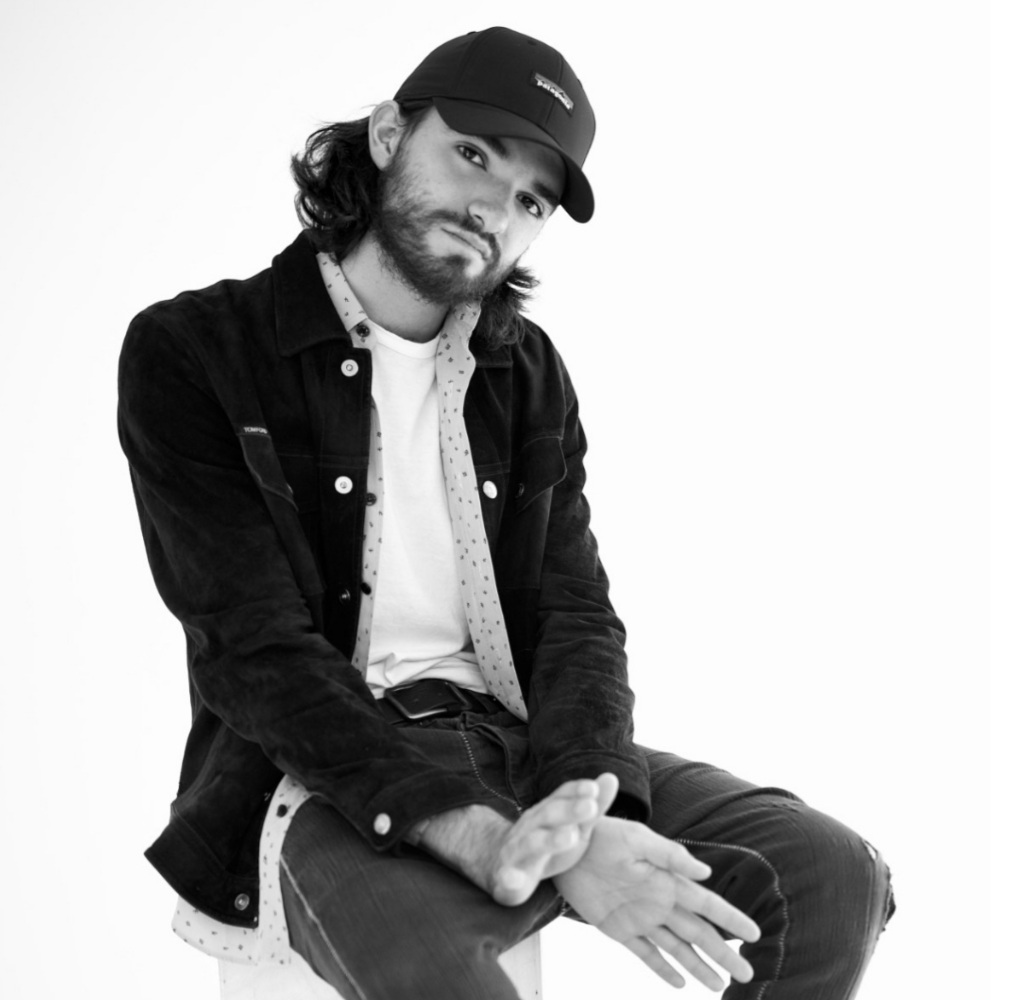 Dimensions of Self is written, produced and stars Matias Figueroa. While living through a deep personal moment, Figueroa created this parabolic metaphorical view around the inner dialogue of a New York based artist who’s living in a dark poetical game. Writing this story made him understand how giving in to the city and surpassing the challenges that arise physically, mentally and emotionally become a life or death decision. . . Only to find the strength to keep going – He portrays the Alice Tully stage at Lincoln Center as the outside world, as New York; The stage where we perform every time we step outside our door, outside ourselves. . . But there it is, New York. . . the love that fuels the heart and mind to make it day by day.

As the script continued to develop, Dimensions of Self entered production in New York City on February 2021 with Sofia Malamute as Director, Caitlin Machak as Cinematographer and Mariana Cantu as Producer, with the rest of the 30+ crew members. Although it is a 15 minute short film, it finally came to wrap in post production in June 2022. Figueroa believed the process of post production was uncovering many details and opening doors to Ripperton’s philosophy. Deep in the process he was joined by Tish Brandt to re-write dialogue, Ignacio Ferrarazzo to compose a full original score and Academy Award Winner, Carlos Cortes for sound design and mixing to create the final Dimensions of Self cut.

When did your journey as an actor begin?

My journey as an actor began at elementary school when I first formed part of the drama club, I was 10 years old, and went on until I was a junior around 16 years old. Then I focused on other stuff and reconnected with acting in 2019. I started taking voice for the actor lessons and acting studios, for Dimensions of Self. I was prepared by spiritual acting coach Kenshaka Ali and voice acting coach Tish Brandt from the NY Acting Studio.

What was the catalyst for you to write this film?

Pain. I needed to get out from where I was. After a long process, allowing myself to feel the darkness was where I found the beauty of pain. It’s only here to guide us to a better place.

There’s a very deep, palpable pain that is apparent in the film. Were you drawing on personal experiences?

Personal experiences and fiction were merged to create this story. The writing of this project was born from a moment of deep pain and darkness. The whole process made me and the script grow into someone and something bigger as the story tells, finding strength, clarity and detachment.

Some sequences reminded me of Luis Buñuel’s Un Chien Andalou. Was that an intentional throwback?

I’m a big fan of surrealist imagery and I see where the sequences here can reflect an intentional throwback to Un Chien Andalou which were powerful, iconic and unsettling sequences. As an artist, Luis Buñuel and Salvador Dali’s art will always be influential and referenced in the creative process of my pieces. But it wasn’t intentional.

What experimental/art-house films and/or filmmakers influenced you the most?

At one point, Matthew, the protagonist, puts on headphones. Is this a way for him to isolate himself from the cacophony of existence?

Yes. Matthew is doing everything to isolate in every way, but he also wants to feel alive. The headphones, I’d say, represent the overstimulated lives that we live nowadays. How we constantly need more and more of that stimulation to either feel and integrate to our reality, our existence, or to completely isolate and run away from it.

What are some of the themes that you attempted to communicate with this film (e.g. an actor’s dissipating identity, the vulgarity/pointlessness of wealth, etc.)?

New York, the life we all want, to make it here. . . Dimensions of Self is a reflection of what really matters to me. It is funny because wealth is always the first thing pointed out; “In New York? How come he had an apartment like that, he must’ve been very successful” – It’s a futuristic reflection of what I once dreamed of, being a recognized and successful artist in New York, living in a place like that all for myself, performing at the Lincoln Center, but then what? Is that real success? I would still be feeling the same, no wealth, achievements, awards or fame will ever change how I feel inside, what’s got to be fixed, understood, accepted and praised, is untouchable by anything or anyone else other than ourselves. We basically dissociate from ourselves to reach or have something that will bring us back to life, then it doesn’t.

Please talk about the reoccurring shot of the protagonist’s eyeball. What is the meaning behind it?

The eye, a surrealist motif, holds so much, the power to see, it’s surreal how it even works, what it really is, so much sensitivity, so fragile, so mystic, sacred. . . It’s a portal to the deepness of humans, it ties with the previous question, it signifies this dream projection, all the other things that we dream about, the eye portals to a certain life that we want, how we’re always looking to an alternative reality in the future. In Dimensions of Self the sequences were created to open that portal to Ripperton’s deeper truths to blur the line between reality and fiction.

Most New York City actors are struggling financially. Was the character’s apparent wealth an intentional choice? If so, why?

Yes. It’s not clarified or said that Ripperton is an actor, he’s an artist, what type? We don’t know, it’s open to self interpretation. We’re all artists, performers, the stage represents New York, the beauty and magic of it, but also the cold and emptiness, it’s the stage where we perform every time we step outside our door, outside ourselves. . . But there it is, New York. . . The love that fuels the heart and mind to make it day by day. Wealth in New York is so far from the majority of its people. It’s not about the wealth it’s about living here, wealthy or not, it’s a dark poetical game, you have to give in to the city, and surpass the challenges that arise physically, mentally and emotionally.

Please elaborate a little on the shot of the protagonist lying on the asphalt while crowds walk over him, seemingly oblivious to his presence.

Well, there are so many different characters / personalities in New York, but as Matthew mentions, multiples live in his head, they all form one. Everyone develops characters within their original persona for so many reasons. . . To attract, to stand out, to express, to connect, to fit in, to intimidate or to protect ourselves and so on. These people are all Matthew’s inside characters/voices, but it can also be the outside, as New York, you lay on the street and no matter who you are, everyone will just go around you and keep walking, we’re all living at this fast threatening pace, with a life to fix, with somewhere to go and make it through the day pushed by that energy that keeps us alive.

What do you think is the biggest challenge for a modern actor?

We face a very tough industry, one that’s very hard to live off, but in the end, that’s how systems work. . . The challenge is how driven you are by fear, the further away, the harder you’ll have to work, but there is always a chance, it’s all about what you’re willing to sacrifice to get that role. Easier said than done, but the bigger the challenge, the closer you’ll get.

What’s your next project?

At the moment I have another short film in the works as a producer, Nostalgia of A Still Alive Heart written and directed by Diego Gaxiola, a dear friend of mine and very talented artist. I’m also learning playwriting as I’m working on a stage performance project, this is my next personal project to write, produce and act.

What are some of your favorite films from this past year?

Do you have any advice for aspiring filmmakers?

The power in your voice is what makes every story worth telling.

Dimensions of Self is written, produced and stars Matias Figueroa. While living through a deep personal moment, Figueroa created this parabolic metaphorical view around the