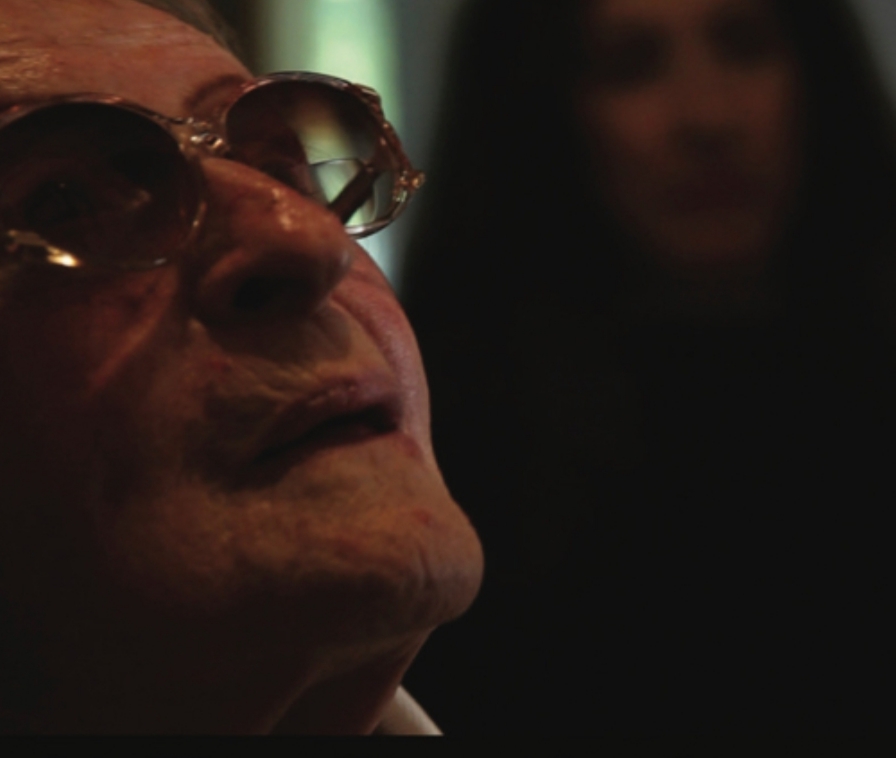 THE STAND UP DOLL

THE STAND UP DOLL is a beautiful and poignant documentary about the 100 year life journey of Risa Ingelfeld told by Director Evelyne Tollman Werzowa.

Werzowa decided to film Risa over a period of 15 years after she was struck by her continued zest for life – after a life full of extreme hardships.  The film follows Risa from 85-100 years old.

“You know when I think back, I don’t know how I did it” is our introduction to Risa in the film who charms and intrigues by her honesty and openness about her happy – yet sometimes devastating – 100 year journey.

The film then introduces us to Werzowa who beautifully states “we have such reverence for vintage wines, ancient museums, books, paintings – I seem to have a reverence for old people.”  Werzowa is captivating in connecting with the audience with her simplicity in telling her heartfelt story.

The joy in Risa’s twinkling eyes and bright smile makes the viewer feel a sense of familiarity and home – as if you’re speaking to a favorite aunt or grandmother who is telling you stories about her life.  It’s that warmth in Risa that keeps the audience engaged throughout.

We bear witness to Risa’s life through her stories, her relationship with Vienna, her mother dying one week short of her first birthday and her father being dragged out of the house to a concentration camp by the Nazis.  “I loved my father” she states.

Along with her acceptance comes her zest for life – which includes falling in love again in her later years.  Risa not only falls in love again – she falls as if she was a young school girl – giving no attention to how she should act or feel for her age – which is priceless.

Some poignant moments in the film are when Risa reads her daughter’s poem out loud, tells us she gets lonely and asks for a hug.

The human element of this film is what connects us all.  THE STAND UP DOLL is a gem, a time capsule of sorts and a master class on living for all of us.

Werzowa states “We just discard, if something doesn’t work we throw it out.  There’s so many times we see old people and we put them away in these dying places in America that I think there’s no reverence.”

Stock footage of the past adds depth to the film.  Risa’s youth is represented by a younger actress – a brilliant choice so as to remind the audience of who she is within the shell of a 100 year old woman.  She is beautiful, youthful, carefree, sensual – and yes sexual.  Risa even opens up about her sex life – past and present – and it’s wonderful.

“What is Risa’s life saying?”  There’s a personal message about life for each of us in Risa’s story.  For her sake, I hope we embrace it.

THE STAND UP DOLL

HE STAND UP DOLL is a beautiful and poignant documentary about the 100 year life journey of Risa Ingelfeld told by Director Evelyne Tollman Werzowa.