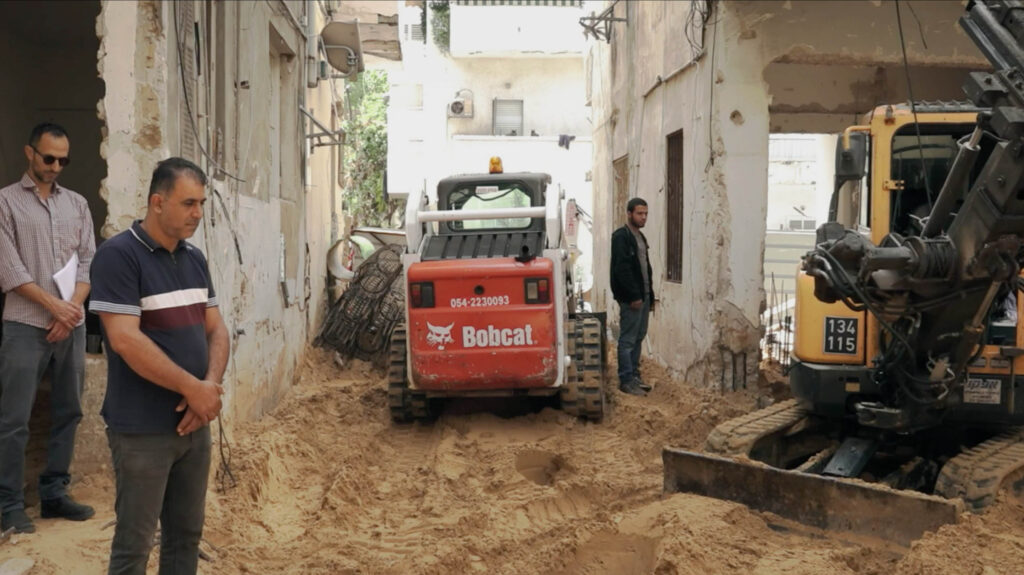 The film is about five Palestinian workers who try to find their place alongside their Jewish-Israeli constructor during Israeli’s Memorial Day.  By distancing themselves from a foreigner fellow-worker – a refugee from Darfur – the workers are hoping to finally belong to this land that defines its owners by the rules of war.

Rozen has a statement (not in the film) that reads “It seems that in Israel, a land of endless war, the way to belong is to contribute your loved ones to the country.  Israeli Memorial Day unites Jewish society over the grief of the loss of our soldiers.  When a siren breaks off, we stand still in respect for two minutes.  I asked my neighbors, Arab-Israeli and Palestinian construction workers, to film them during this day.  Among them was a foreign worker, a refugee from a different war.  Trapped between my camera and their own nationality, the Palestinians stood still.  What could have been a candid act of respect felt more like a surrender.  They stood still for my dead, while theirs were forgotten.  But it was the way in which they treated their fellow foreigner worker that struck me.  They adopted the Jewish Israeli narrative, and in turn, asked him to do the same.  Finally, thanks to him, they could distinguish themselves from being ‘the strangers.’  There was a new stranger in town.”

Documentaries are persuasive because they invite audiences into a secret world, event and story.  The documentary is intended to document reality primarily for the purposes of instruction, education, or maintaining a historical record.

The film opens with a statement across the screen from Rozen:  “Three months ago, my garden has become a construction site.  I filmed it with my hand-held camera.  It was Memorial Day.  In Israel, every Memorial Day we stand for two minutes in honor of our fallen in the war against our Arab neighbors.”

Sirens blare as the workers pause in silence.  The refugee from Darfur (we only know who he is from the statement) continues carrying items from one side of the garden to the other.  A moment where he bends down – out of frame – as the other worker observes him.

The sirens stop and the worker exclaims “back to work!”  Construction work carries on for a few moments – then the film abruptly ends.

What the film does have is good visual quality and sound (Rozen served as Cinematographer and Editor).  The film figuratively plants a seed (the story takes place in Rozen’s garden) for this filmmaker to build upon.

Some of the best documentaries contain interviews and historical footage that tie in the message of the filmmaker.  This was not present in this film and would have given more depth to the story.  The translation of the message was lost on the audience due to the lack of layers in the film that would inform us.

The topic for the Documentary is interesting.  If the workers had been interviewed by Rozen afterwards we could have found out what that moment means to each and everyone of them – if anything – and why.  Also, statements directed to the camera from the Director herself would have enhanced the film.

The fact that this filmmaker picked up a camera to “say something” important should be applauded – but not going the extra mile in developing the message for the audience leaves us not truly understanding – or caring – about what we just witnessed.  Make us care – make us understand.

The hope is that Rozen goes back to add onto the seed she has planted.  With just some watering and TLC, this seed can grow and blossom into something so much more.  Unfortunately, Rozen’s message is not conveyed through watching her film (under 5 minutes).  It is only understood after reading her statement. 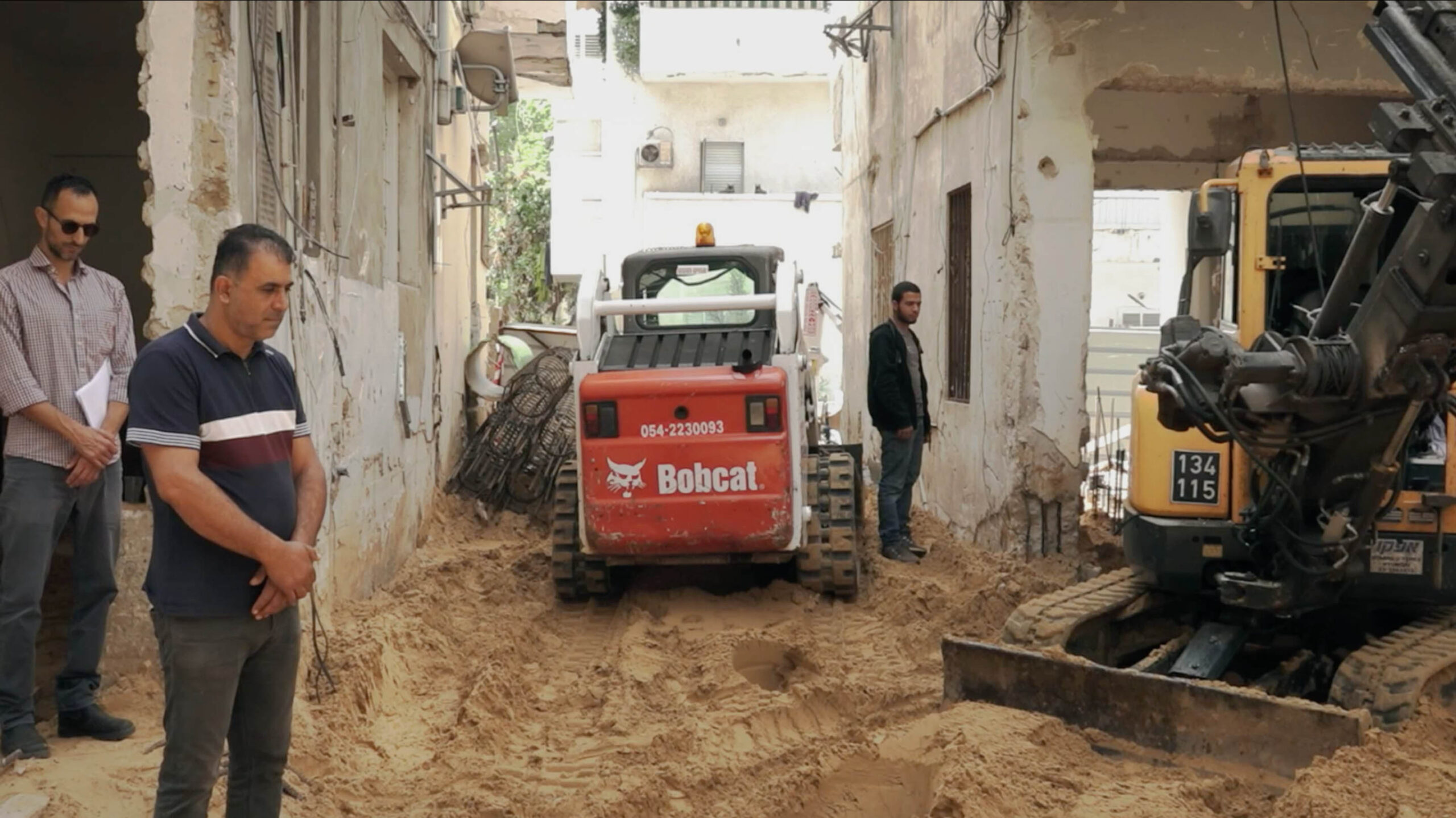 The film is about five Palestinian workers who try to find their place alongside their Jewish-Israeli constructor during Israeli’s Memorial Day. By distancing themselves from a foreigner fellow-worker – a refugee from Darfur – the workers are hoping to finally belong to this land that defines its owners by the rules of war.