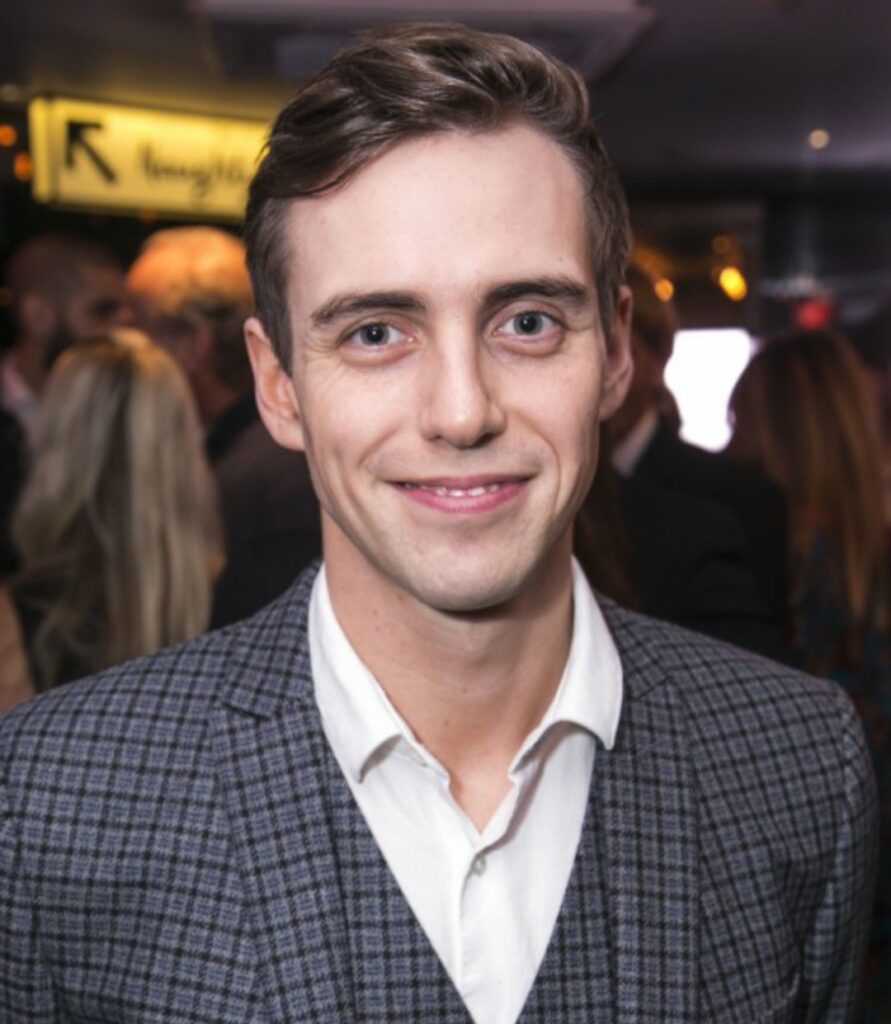 When did your love for acting begin?

I started going to a theatre group in my hometown when I was 10 and fell in love instantly. Apparently I came back from the first evening of rehearsals and told my mum that I was going to do this forever. From then on, acting was really the only thing that interested me and did as much of it as I possibly could. Luckily I have very supportive parents who encouraged me and didn’t mind driving me around all the time!

Were there any actors or productions that inspired you to pursue theatre?

I am constantly inspired by the people I work with. One of my favourite things about being an actor is being surrounded by creative and talented people who aren’t afraid to take risks, or even fail, on the path to creating something. I didn’t go to drama school so my training has come from studying the people I’m in a room with and often, seeing how someone works through the sections they find challenging can be more inspiring than seeing a perfected end-product. But if I had to choose one performance that inspired me in the last few years, it would probably be Denise Gough in People, Places and Things.

You have quite an accomplished theatre career. What are some of your favorite productions that you’ve done?

My parents are both huge David Bowie fans (who isn’t, the man was a genius) so getting to work on Lazarus, which was one of his last creative projects, was unbelievably exciting. And even though he’d unfortunately passed away by the time the production came to London it felt like in our own small way, we were honouring his legacy. Also, performing at the National Theatre had been a dream of mine ever since I visited on a school trip and I was lucky enough to fulfil that when I worked on Tori Amos’ The Light Princess. It was an incredible experience just to be in the building, the NT has got three auditoriums all running shows in rep so just going to work there everyday was thrilling, you never knew who you’d bump into.

In 2012 you worked on the film production of Les Misérables and performed at the 85th Oscars ceremony. Tell us more about what that experience was like.

Well it was pretty eye-opening for sure. I played one of the revolutionary students so I was involved in lots of exciting stuff like building the barricade, shooting rifles and dying a gruesome death in battle, and of course being on set with literal film legends. It was a demanding shoot but I loved every second. In the final edit, if you blink you’ll miss me but for some reason I was one of the 5 actors who was offered the opportunity to fly to LA and sing at the Academy Awards – which is still a weird thing to write. Going to the Oscars as a 22 year old was a once in a lifetime experience. After our performance Killian Donnelly (another actor in the film) and I snuck into front of house by following a waiter through a pass door, and ended up holding someone’s newly won statuette and having a conversation with Tommy Lee Jones. Good times.

What do you feel are some of the key differences between acting on stage versus acting for the screen?

I’m not really the right person to ask as I’m still figuring that out myself. I think the intention should stem from the same place but with different layers added or stripped away depending on the context in which it’s being received. As long as it comes as close to truth as possible, you’re on the right track.

Sam in The Colour of Spring was your first lead role in a feature film. Were there any challenges you faced while playing this character?

The biggest challenge was keeping the bloody Nova Scotian mosquitoes at bay! We must’ve gone through more bug spray than that guy in Men In Black. But (more seriously) whilst of course there were challenges during production, none of them felt insurmountable and working with Paul and Alexa Morden was a fun and rewarding process. If something didn’t feel right we’d work until it did. The most challenging thing for me personally was a scene where a character displays her ‘supernatural’ side in front Sam, getting the balance between the shock of the reveal and his acceptance of it was probably the thinnest tightrope I had to tread.

What was it like working with Director Paul Andrew Kimball?

It was brilliant. Paul’s a great director and a genuinely lovely guy so every day working with him was a good day to be working. He brought together an energetic, skilled crew and made everyone feel welcome and valued. And he took us to see an ice hockey match on a day off. 10 outta 10.

Throughout the film, the audience feels sympathy towards Sam even after he’s done something irredeemable. Tell us about the preparation that went into playing such a complex character?

Prep wise, I just accepted what he did and tried to be on his side. It’s not my job to excuse Sam’s actions but it is my job to understand why he made them. Nobody is perfect, especially those who lash out in anger and hurt the people closest to them, but if you can portray how a series of bad decisions can lead you down a path you wouldn’t usually tread, you can conjure sympathy from an audience because everyone’s experienced that in their own lives to some degree.

In The Colour of Spring, you perform a song during the early stages of Alexa Morden’s character, Sarah, and your character Sam’s relationship. Was this something that was in the script from the start or was it added in later, considering your musical background?

It was in the original script so it’s lucky I can sing and play the guitar or else I would have had a lot more work to do. Only the lyrics were in the script obviously, but I managed to find a video on YouTube of Paul performing it at a gig a few years previously. I started learning from there and added my own twist to it. Performing it in front of him and the rest of crew was probably the most nerve wracking day of the entire shoot!

If you could play any character in a remake, who would it be?

Well, any film that I’d want to be in a remake of are films that I love, and therefore I wouldn’t want them to be remade at all – if that makes sense. But if someone wants to do an updated version on On The Waterfront, I’m game.

I wish I could say I was sitting on 23 different exciting things but, alas, I’m not. Covid’s cancelled or postponed a bunch of jobs I had coming up so I’m just waiting for the world to get a little safer and then hopefully the work will follow. But in an ideal world I would continue to work on projects I can immerse myself in, where the stories I’m telling matter. 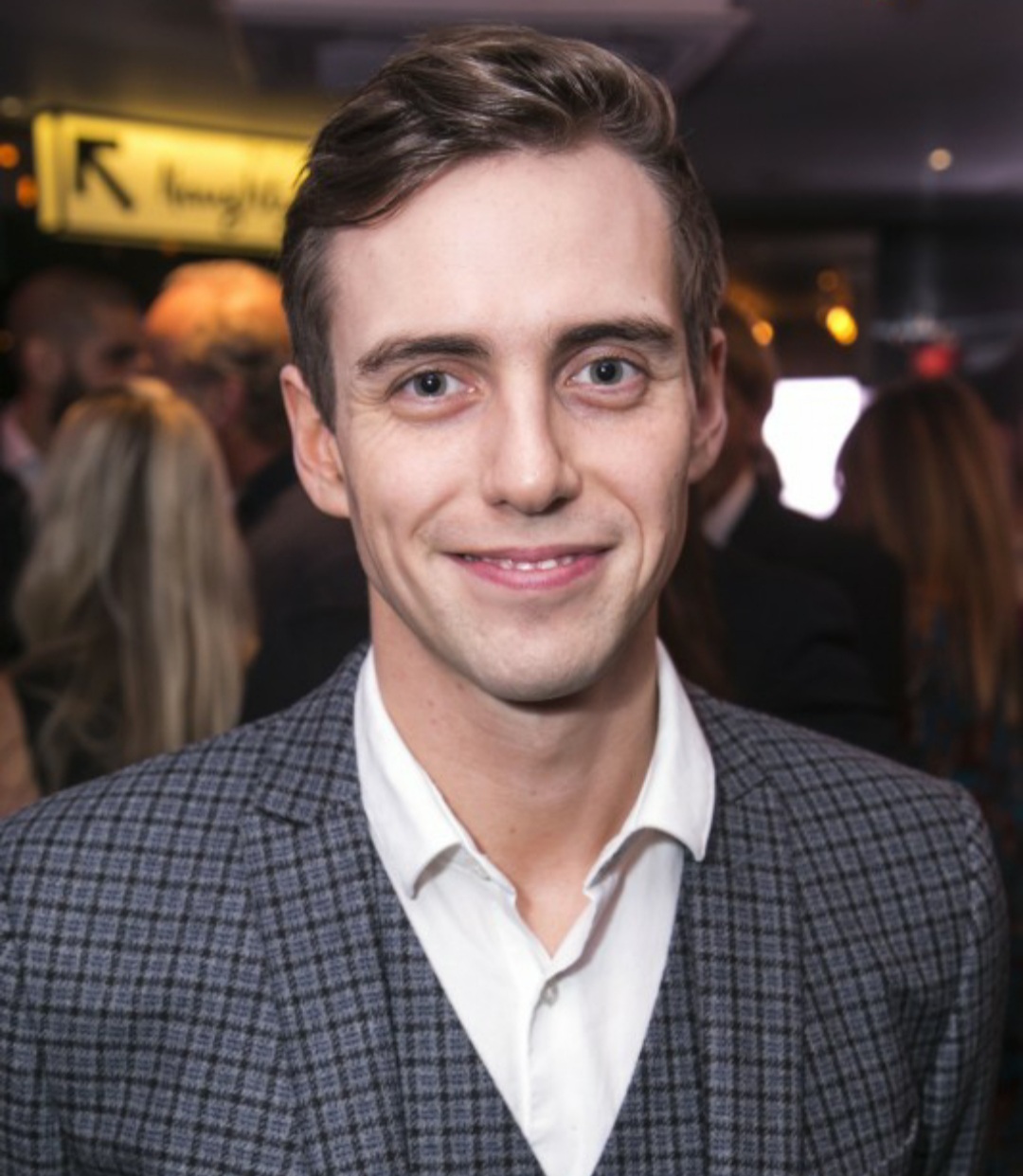 When did your love for acting begin? I started going to a theatre group in my hometown when I was 10 and fell in love