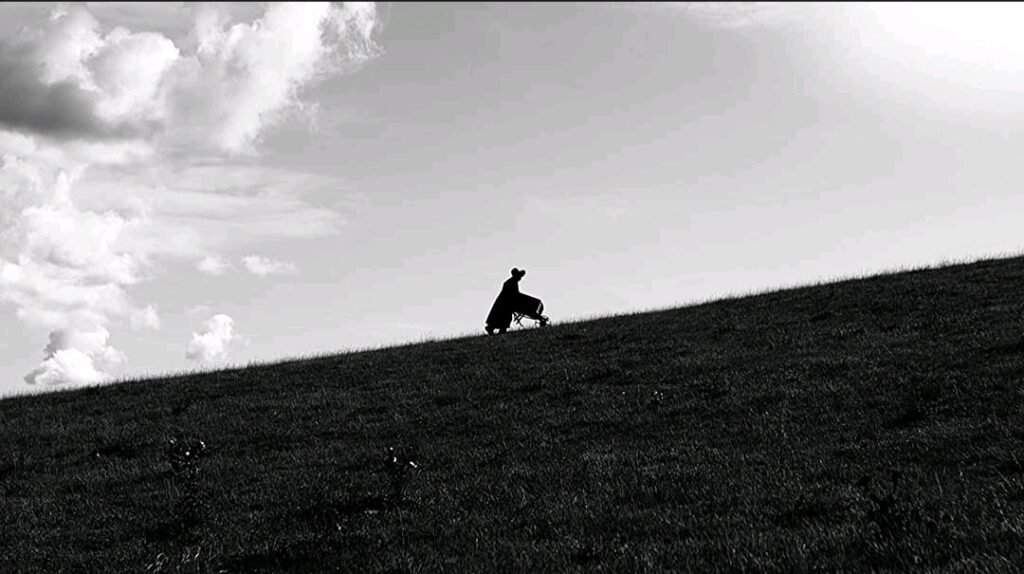 ‘Twas the Devil follows the conflicted heart of a medieval Englishman who’s trying to make sense of the choices he’s made and all those around him. The interactive presentation reiterates the point, and the drama branching out based on our choosing, Mark Garvey’s feature film sends an intriguing (and somewhat longwinded) message about our resulting destinations.

Zachary (Simon Cleary) is a pious man who finds himself on a path, and the rectangular crate he carts across the forest implies his burden is heavy. The flashback to a drowning woman gives us a pretty good idea where this medieval tale originated.

In turn, a lonely traveler named Mary (Rachel Cuthill) forces Zachery to reveal what’s in the box, and yes, it’s his wife’s coffin. “Plague,” she asks, and the dread we assume is true. “She was trialed as a witch,” Zachary confirms, and Abigail’s innocence was proven by her drowning.

Worse yet, Zachary played a part in his good wife’s demise. “My reason was over swayed by their passions,” Zachary confesses, and returning Abigail to the river of her birth is all he can come up with as salvation.

Thus, the film’s mission statement on choice begins. The primary question asks whether Zachary should blame himself, and we bear the weight as Cleary’s self doubt consumes the screen.

In response, Mary tempers poor Zachery’s pain with some reason – even if it is bogged down with medieval logic. “Twas not you, some actions are not our choice, not our will, beyond our control. Our fate be guided by the hand of another,” she assures.

Zachary is not really persuaded and then the choice becomes ours. Mary asks for some coin to find a cure for her affliction, and “Depart” or “Be Kind,” are the options presented on screen.

The latter brings him to another man looking for assistance. But the traveler has also made a choice and Zachary’s tragedy and self doubt has company. Still, the lonely journey through the forest implies that, in the end, each decision falls on the person making it.

At the same time, the medieval setting, the ancient score by Bill Hooper and eclectic cast of characters represents the irrationality we must overcome in the process. In addition, the uncaring chatter of the forest movement and wildlife lets us know that ultimately the universe does not care.

So as the choices continue for us and Zachary, the decisions don’t alleviate the weight of the main journey. Zachary bore witness on his wife, and there’s no escape.

Even so, ‘Twas it the Devil or did the evil make him do it. Do we choose the path or is our path predestined. Well, since the dramas we choose seem to meander to the same destination, a message comes across. It’s not the choices that matters but the person who forces an inevitable path that probably cannot diverge.

As for this journey it’s windy, a bit long but somewhat interesting. All told, you could take it or leave it. 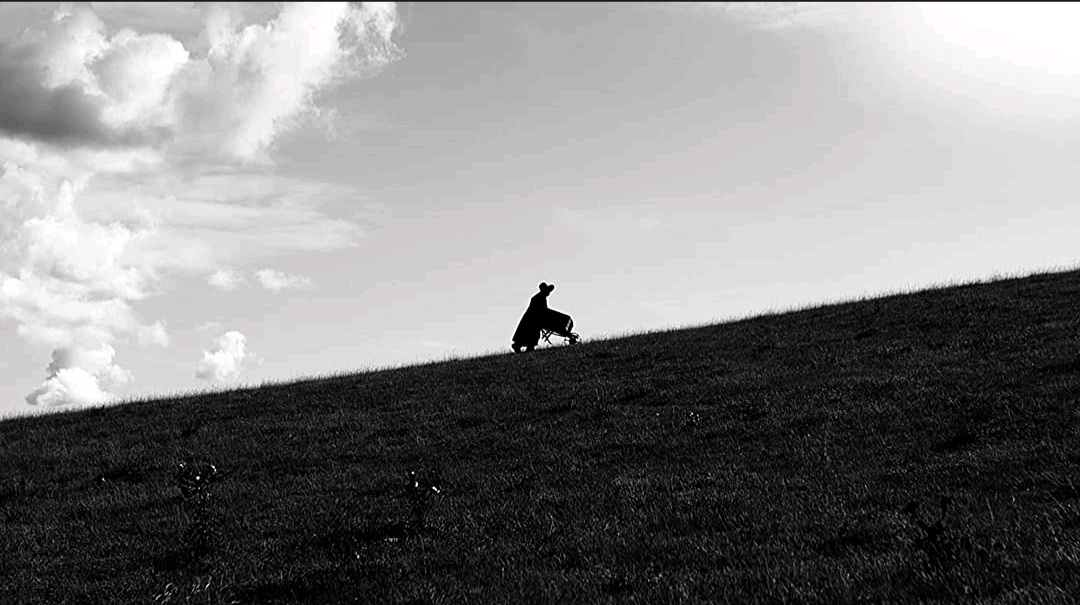