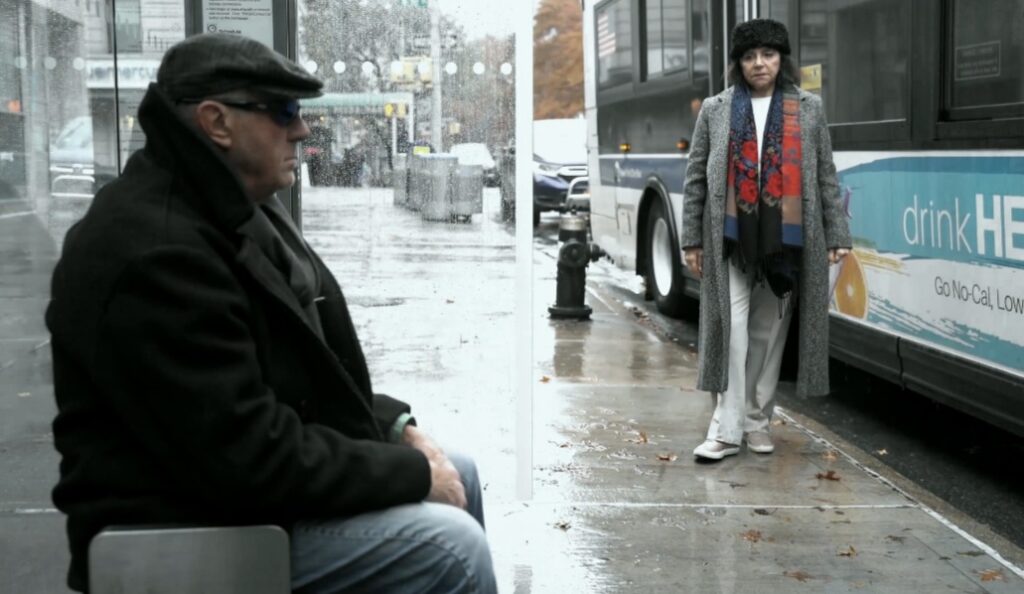 If the word Sarajevo is in the title of a movie, the film goer has a pretty good idea where the drama will lead. The war crimes that took place during the violent breakup of Yugoslavia will likely get a hearing and a victim and a perpetrator will play the central roles. There’s no definite sense at the outset of Melissa Skirboll’s Award Winning short film Greetings from Sarajevo. But the clues come quickly and we soon realize that the 10 minute short written by Penny Jackson is about justice, revenge and redemption.

Hana (Dina Manganaris) has arrived in New York City and the monotone, lonely accompaniment of the piano keynotes by Louis Robert King reveals that whatever she is searching for will require more than just a home address.

So spying the surroundings like any new New York City traveler, Hana’s introduction is spliced between the view and the profile features of Sofia. She’s the elderly woman that Hana is ready to conspire with on this profound journey.

Thus, the indentations worn on the face of Kathryn Kates tell a much deeper story than the weathered chisel of a lifelong New Yorker. Her eyes also express a pain that won’t ever be alleviated by the typical respites away from the mass of cement and human clutter.

Either way, the certainty of the tale comes soon after Sofia and Hana make their connection. The subterranean laundry room that the older woman ekes a living out of defines the hollowed soul that tragedy has left behind, and the concealed weapon she presents to Hana is meant to be the filler.

Then with all the weight that a lifetime has given, Sofia takes the opportunity to draw analogy to the dead end existence that the past has forced her to. “They call this an unfinished basement for unfinished people like me,” Kates’ delivery resigns us to the character’s bottomless pain.

So the life force zapped out of Sofia, Hana’s youth picks up the slack in the role of assassin. But this contract killing is personal. Hana’s mother and sister were also victims, and as the duo verbalize the names together, the atrocity becomes personal for us too.

A cut to the the mass of grave stones in Sarajevo ups the ante and another New York City traverse stands between the reckoning. On the streets, through the turnstile and disembarking the platform for the subway, the keynotes quicken and elevate the necessity for action. On the other hand, guitar strings are added in and foreshadows that the agreed upon retribution is more complex than it seems.

The ambiguity of the mission thickens even further via the breathing landscape that Noah Friedman creates with his cinematography, and Manganaris drives home the point by playing second fiddle to the heartbeat all around.

Still, Hana must come back, and we finally get a look at the war criminal. Stanislav is an old, blind feeble man, and Liam Mitchell’s blank stare doesn’t translate to the enormity of his past crimes.

But the moment of truth remains, and all the juxtaposition reigns as we stand face to face with the debt that Stanislav owes. So Hana must decide if holding and executing the note will free her, and let the dead rest easy.

The monumental conundrum is a question we would all answer in a different way, and to the film’s credit, Greetings from Sarajevo knows it can’t speak for everyone. So Hana’s decision and Sofia’s fate becomes ours in a manner that is personal to each of us. 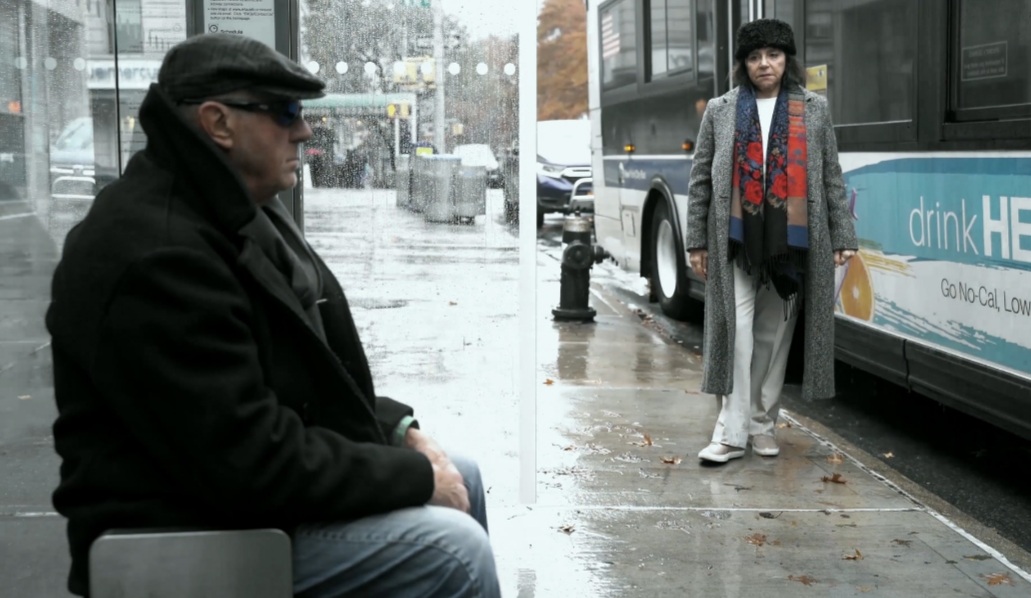 If the word Sarajevo is in the title of a movie, the film goer has a pretty good idea where the drama will lead. The