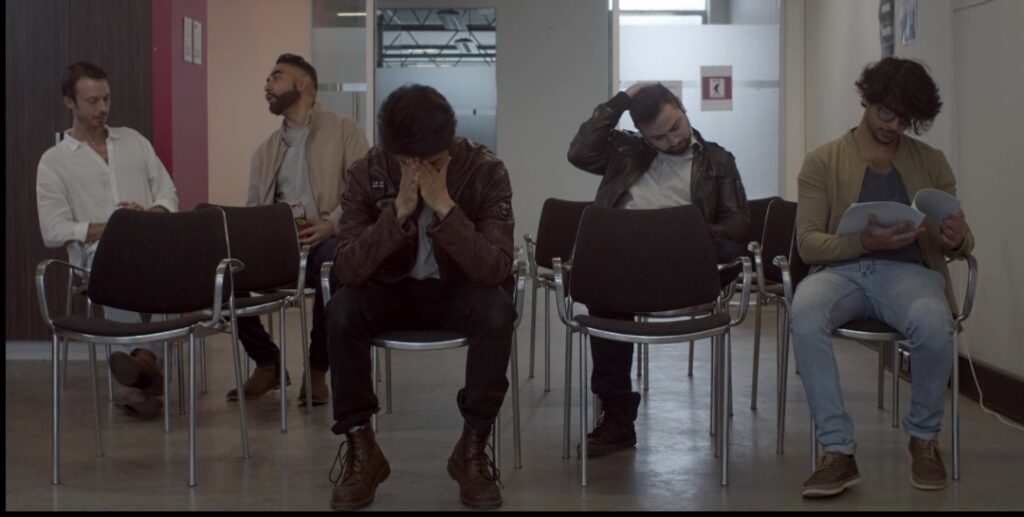 The days when our TVs presented only seven channels and the movie houses gave us a few movies every month are long gone. Instead, we can turn on our devices, and the menu of entertainment seems endless. So it becomes very easy to believe that actors, writers and other creatives are awash in opportunities that mirror our endless choices. But the truth is the scramble for work is still a long shot that drains the artist’s soul, and Marshall Weishuai Yuan’s Starving Artist gives us a deep empathetic look at the journey so many fail at.

Only four percent making a full time living, according to the introduction, we meet Cal (Marshall Weishuai Yuan) and splicing together a series of reads, Yuan’s mannerisms and dialogue evoke the duality every actor faces. He’s knows the hardships and the long shot he signed up for, but he’s proudly determined to persevere nonetheless.

The fact that he lives in his car gives further credence to the joy of the struggle. Cal is simply willing to do whatever it takes, and injecting a little old time blues by Ma Rainey has the starving romanticism go up a notch.

Unfortunately, trudging deeper into the reality never tastes quite as good. Thus, the subsistence that Cal is forced into comes across through stark visual interpretation and without a lot of dialogue. The wear on Yuan’s face, the tedious desolation of his day job and the two doors of his compact car closing in – uncertainty looms around every corner. Throw in the Melvin Tsui score, and Cal almost seems like he’s being chased to the edge of a cliff with each resounding piano note.

So the defining read must come due and Cal really delivers. But Yuan’s eyes don’t share in the success and seem to tell a familiar story. “I’ve done this a million times before, why should it be any different.”

Despair is then replaced by desperation. That said, the film provides the sense as the camera frantically follows Cal through all the every day obstacles that Jasmin Pilatos’ cinematography puts in his path. In this, we realize that actors aren’t only auditioning for said parts. Facing off against the rote, unfeeling reactions of auditionees and studio executives, acting also requires that the duress must be masked too because the gatekeepers don’t really care.

David MacPhail emotes the perfect degree of disconnect to clue us in and the widening distance builds boatloads of empathy for the actor’s burden. Not even the least of it, the fact that Cal’s life hangs on the ring of his cell phone dehumanizes the actor to the whims of the industry. The chasmic pit then leaves us waiting for the crescendo and Starving Artist continues to play along by deferring on words to get its point across.

Yuan makes us believe in the totality of his journey with his reactions, and hopefully the tears, winces and the reverberations that travel his body gives us the appropriate pause. The artists who provide us the outlet we need to survive are not to be taken for granted, and if you think they are out of touch with the rest of us, maybe you should really be directing the finger at yourself. 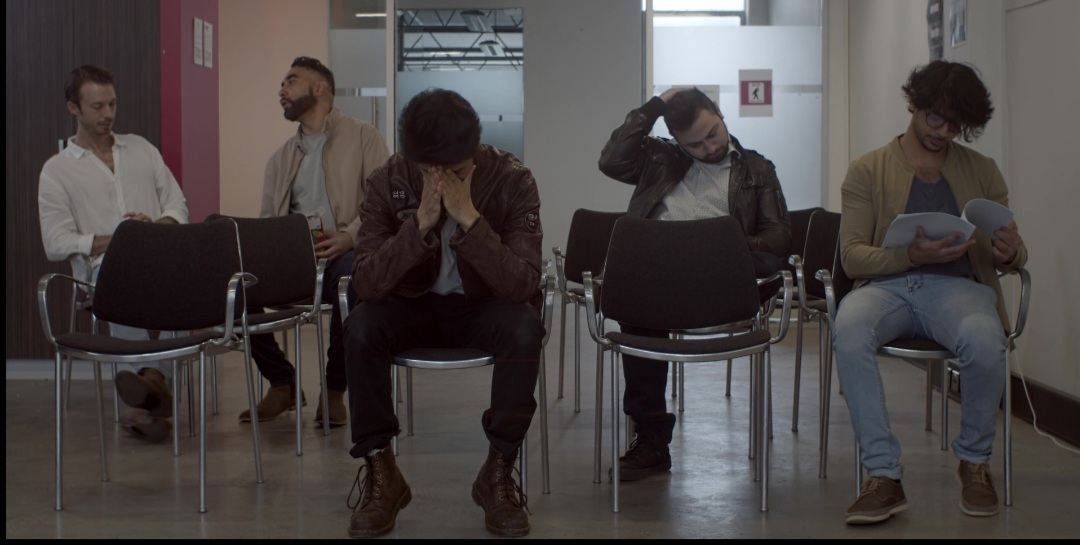 The days when our TVs presented only seven channels and the movie houses gave us a few movies every month are long gone. Instead, we