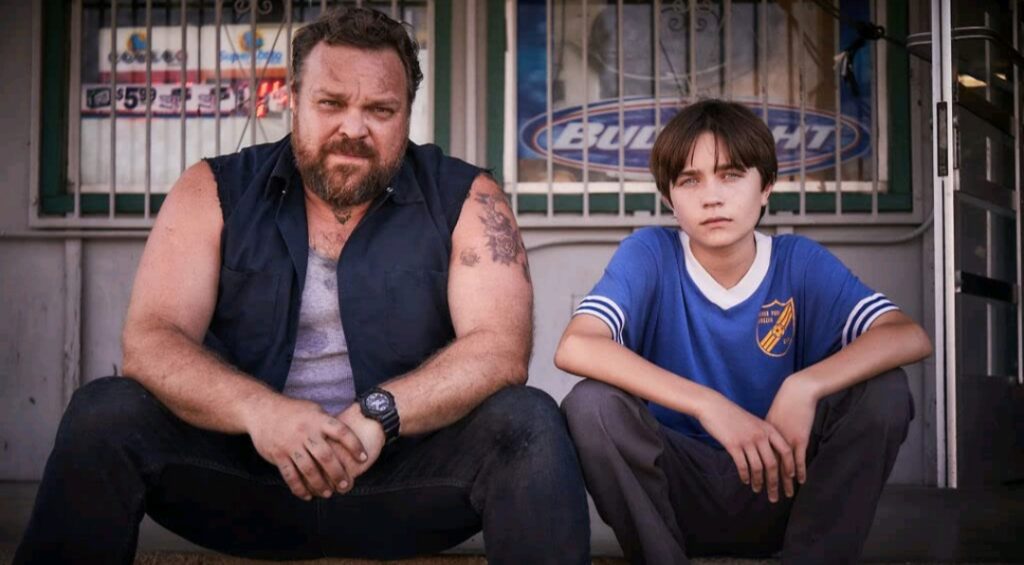 In the southwest, on the deep outskirts of nowhere, the backdrop in Champ that Oren Soffer sets up with his expansive cinematography – looks exactly as we’d think. Decrepit domiciles, vegetation begging for the nurture of a fertile environment and dirt roads that have long been left barren by our modern American infrastructure system.

A peak inside the life of young Jake (Kingston Vernes) and his off-kilter father (Drew Powell) doesn’t surprise either. But lacking in the finer things and a sense of refinery doesn’t mean an empty life, and maybe, Ben Tricklebank’s 13 minute short film is a journey in not judging a book by its cover.

Either way, the divorced dad’s junkyard doubles as his living arrangement, and we realize Jake has a lot more on his plate than the typical 14 year old. Dad only adds to the trauma as his toxic masculinity answers the door and implores Jake to “knock like a man.”

Powell also has the look, tone and demeanor down. Bearded, overweight and proudly displaying his sagging tattoos through his shirtless sleeves, the actor seamlessly slides into the role so much so that there’s a sense that the actor required no training to hit the rural vernacular.

A step inside the dimly lit duality is far from childproof – even for a teenager. But the punching bag actually moves the maybe in a good direction. Dad playfully takes a turn first, and next, Jake gives a quick go. “Eh, not bad, we’ll work on it” Dad encourages with a fatherly pat on the head.

The deluge of empty beer cans quickly remind us that better angels must prevail – especially when children stand to lose. And Jake is the poster child before us.

Thus, Vernes’ quiet pensiveness hides the fight raging inside. Am I my father’s son in all his faults or can I break the orbit of his failures? But well before a decision is rendered, the duo is off for the incident at the heart of the story, and since Jake is Champ, maybe boxing in some form is their destination.

The ominous David Chapdelaine score foretells a severe level of doubt, and Dad’s continuing man-child antics don’t bode well either. He’s got some snippy comments about Jake’s mom, discourages his own child’s educational dreams and even steals a trinket from a gas station convenience store.

Not done yet, Dad can’t stand the idea that his son Jake has aspirations and the possibility to rise above him.

A look at Powell’s pained eyes in the review mirror reveals that this overgrown child knows he’s failing his son. So just acknowledgment can pave the way for change and allow Jake to someday outpace his father.

Nonetheless, the father and son arrive at their destination, and as expected, the boxing element is the bond that ties. So will the good trying to eke its way out of the father overtake all toxicities that define this man and then pave the way for a brighter future for his son?

Maybe. Maybe not. But once the outcome bursts in full force, there won’t be any doubt. 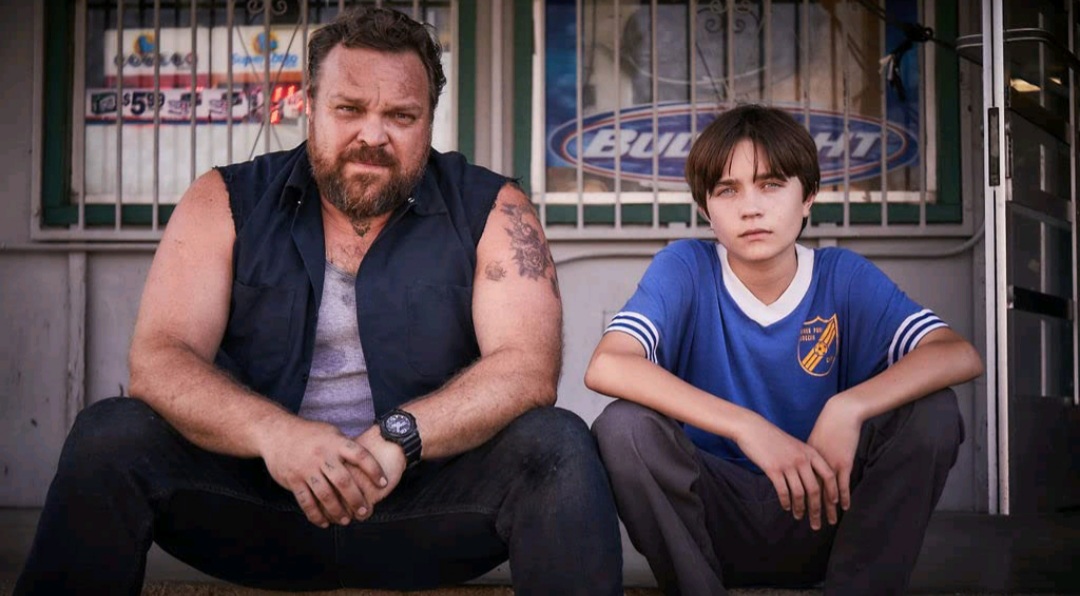 In the southwest, on the deep outskirts of nowhere, the backdrop in Champ that Oren Soffer sets up with his expansive cinematography – looks exactly