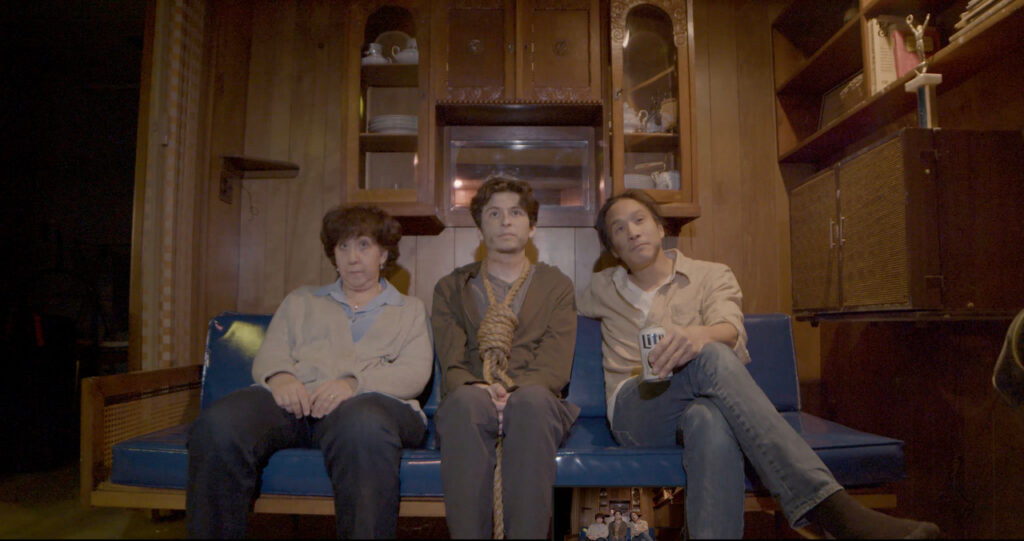 THE NEIGHBORLY THING TO DO

Writer and Director RJ Solomon takes on the serious subject of suicide with a dark comedic spin, very akin to the style of Wes Anderson, in The Neighborly Thing To Do.

The film opens with Tom, played very simply and almost aloof, by Solomon. Tom is writing, and failing to put to words, his suicide note. Giving up, he goes for a smoke outside where his neighbor Billy, played by Dee Who, jogs by and greets him – well, neighborly. The exchange is a bit awkward, much like in situations of forced small talk. Billy asks what Tom’s plans are for the evening and Tom says he’s going to kill himself later that night. Billy laughs uncomfortably and jogs on.

Once dusk hits, Tom plays some orchestral jazz to set the scene for his death. He steps up to the noose to hang himself, confident that he can go through with it – when the phone rings. Excitedly he answers it, but it is not who he was hoping it would be. It is clear Tom wants it to be someone of note, someone that cares, but it’s just an indifferent voice reminding him of life’s debts. Solomon really comes to life here as the audience gets a glimpse into the solitude of Tom’s life.

Frustrated, he lights a cigarette for a final puff to steel his nerves once more. But that’s when things take a turn. The house is threatening to catch fire from his cigarette that is carelessly tossed among his failed suicide notes, and Tom finds himself in more trouble than when he started.

Nearby, Billy is watching an old movie with Marsha, played by Debra Zane, in their house. His concern for what Tom told him on his jog grows, as he is afraid his neighbor truly might kill himself. So he decides to check on him.

Both Harris and Who play their roles with minimalistic naturalism, which works well for this style of film. The humor is understated, despite a couple of missed comedic beats, and their longing for human connection is palpable in its simplicity.

RJ Solomon has done a fine job creating a slice of life film that deals with a heavy subject with a cheeky reminder to always check on your neighbor. After all, it’s the neighborly thing to do. 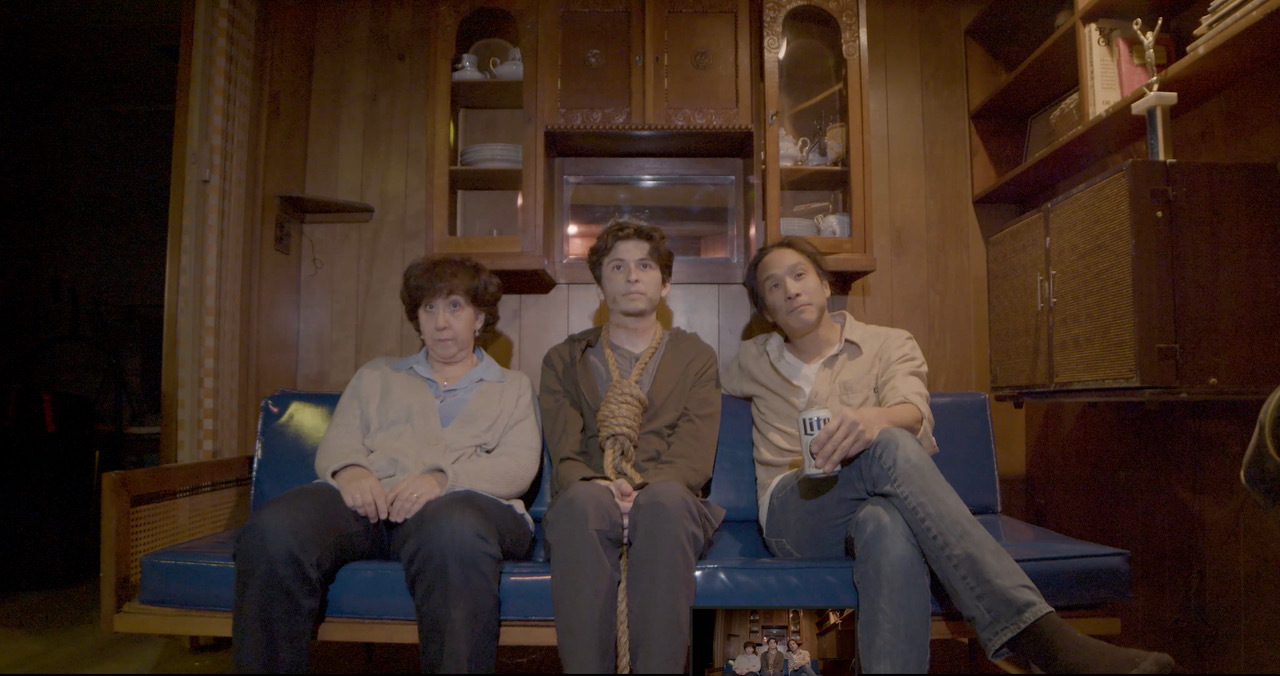 THE NEIGHBORLY THING TO DO

Writer and Director RJ Solomon takes on the serious subject of suicide with a dark comedic spin, very akin to the style of Wes Anderson,