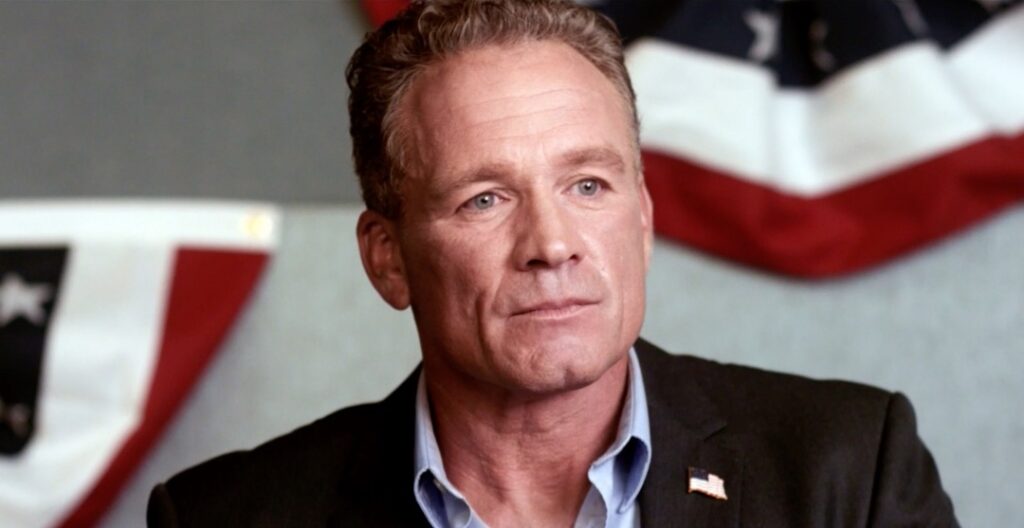 IN THE DEFENSE AGAINST TYRANNY

Donald Trump has come and gone, and no matter where you stand on the 45th president, there’s a lot to base a movie on. Maybe too much, because it can be pretty easy to overindulge. In the Defense Against Tyranny, Felix Igori Ramos suffers just that fate. His 85 minute drama piles on to the point of excess and mostly serves to bring back the divisive bad memories we all experienced.

Not surprisingly, Thomas Jefferson’s “tree of liberty” quote appears on screen to open the film and darkened skies morph into a voice over of doom. “The tree of liberty was in danger of being consumed by the inferno of cynicism and that raged within our land. Darkness of the soul grew out of the apathy, causing we the people to question our very foundation.”

All good, until the last few words lose touch with historical balance. The foundation of every nation is always going to have mixed reviews, and skewing to a purely idealistic interpretation, has the film off to a dubious start. Nonetheless, Frank Suarez (Randy Vasquez) is our savior, and through his journalism, he is going to “bleed for this tree of liberty,” the serious voice-over implores.

A melodramatic caricature of confrontation is now in place when something more on the order of balance would suffice. Thus, we get Edward Ashe (Rick Ravanello) in the other corner, and he arrives with the standard America First and Donald Trump platitudes. A communicator so effective, according to the voice-over, “he’s seduced we the people into rendering our hope as the shining city on the hill.”

The people buried under the hill rolling over, the ultra high-mindedness does no favors, and sounds like a Cold War propaganda film. A number of breathtaking Jeremy Bolden shots of nature tries to fool us too – especially the flight of a solitary seagull. Like it’s in search of an America now lost, its ascent and majestic turn to the camera again harkens back to the one sided quote that opens the movie.

Our hero does at least have flaws, though. Problems at home and his wife (Marilyn Sanabria) fighting cancer, the self-inflicted difficulties poison Frank’s soul and Vasquez hits it hard at the outset. Whaling in tears, laden with unrelenting guilt and confessing to God with damning music, in accompaniment, it’s once again, too much.

The great cinematographic set up by Bolden then goes to waste. A darkened interior with flickering fireplace lighting, the allusion to the lower regions can’t be missed. Frank is in hell, but if he’s leading the opposition, America is in big trouble.

We get no respite from his daughter’s boundless hate for him either. Fernanda Moya really gives it to him, and her performance conveys a wrathful disdain for dad. On the other hand, the emotion is so powerful that when we’re supposed to feel her pain, we end up seeing Frank as the victim.

As for Vasquez’s performance when he’s not having an emotional breakdown, a very monotone delivery doesn’t get across the struggle he is up against. Conversely, Ravanello really brings the character of Edward Ashe to life.

Beyond the familiar dialogue, Ravanello’s got the right amount of swag to encapsulate the would-be despot. The problem is the all-too-close replay of events is a movie we’ve already seen.

So force fed the familiarity, there’s no nuance. We are preached to instead of getting the chance to contemplate the events for ourselves. For instance, the film might have explored what well-intentioned motives led us to our individual votes, and how could the other side be evil if most people usually vote with good intentions.

But the film does make a good attempt to diverge from the actual history and takes a shot at exploring the time period from a different perspective. The stakes are then raised, because Frank’s sense of right and wrong has been compromised by his personal failings.

The vehicle that puts him to the test is a puppet master named Emilio Bustamante (Vance Valencia). Presented in low light with a menacing instrumental that comes under the music direction of Thomas Corkran, the framing does get across the mysteriousness of the character. Vance Valencia’s assured delivery also tells us that the character believes the ends justify the means, but the overall effect is still pretty cliched.

Yes, the melodramatic onslaught continues. Emilio appeals to Frank’s patriotism to ponder the possibilities, and breaking into a chorus of God Bless America is not easy on the ears.

A little dial back wouldn’t have made a difference, however. The flat-out rerun that began in 2016, and a mythical counter to the Trump movement overshadows what could have been a worthy exploration. 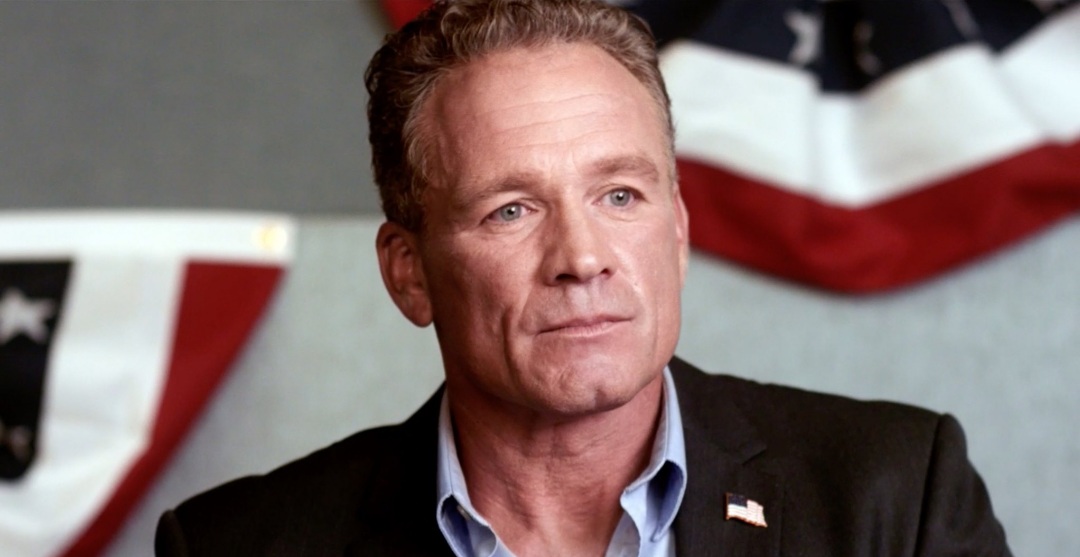 IN THE DEFENSE AGAINST TYRANNY

Donald Trump has come and gone, and no matter where you stand on the 45th president, there’s a lot to base a movie on. Maybe