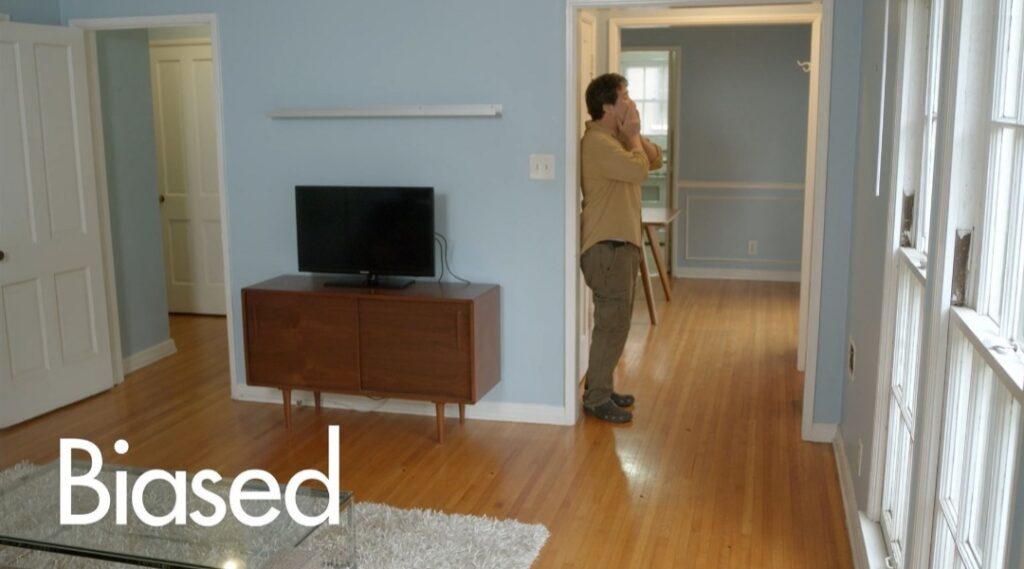 Writer and director Andrea Lwin’s Biased boldly asks the question: what if renting in Los Angeles could get even MORE egregious? Closely following the sudden death of the current tenant, bumbling property manager Bernard (David S. Jung) is tasked with finding new perfect renters to lease his highly desirable Koreatown apartment. Under the surface, jaded house cleaner Lucy (played by Lwin) tries to scrub away the evidence of the recently deceased tenant’s departure.

Accidentally scheduling two couples for the same tour time, Bernard unwittingly creates a fierce battle for the one bed/one bath of four people’s dreams. Couple Alessandra and Joffrey (played by Elaine Kao and Jeff Marchelletta) spar in front of a prying Bernard over whether their relationship is gearing towards children – while the other couple Val and Finn (played by Jonathan Ohye and Charles Kim), waffle over using the word love to define their relationship. Ultimately, they all attempt to put their collective best foot forward to charm their way into tenantship.

Biased is, at its core, an enjoyable piece. The directing is dutifully competent, displaying the intended story without the distraction (or, on the flip side, thrills) of additive sparks. It is shot well (Sandra Valde-Hansen), proficiently utilizing the small apartment as the primary set – the cramped space heightening the overall anxiety of the already stressful situation. The story steadily progresses from peaks, to valleys, of awkward conversation stimming from the social inept centerpoint of Bernard. Ultimately, the fat that usually plagues most comedic shorts is masterfully trimmed.

Where director Lwin shines is in the performances provoked from such a limited script. Kao, Marchelletta, Ohye, and Kim tap into couples devoid of being stagnant, and somehow reach living iterations of the worst couples you could meet at a party. Jung embraces the awkward, bumbling nature of a property manager in distress. The unification of these strong individual performances has to be recognized in conjunction with Lwin’s directing in a situation as consistent as this.

The comedy dances the delicate line between funny, outlandish, and uncouth – all at once. The dialogue begins strong and consistent, and at a point veers into uninteresting shock value. However, the film is able to get this out of its system relatively quickly, and Lwin is able to re-establish dependably pleasant footing. As earlier mentioned, the evenness found within the performances also anchors the film throughout the rolling tides of inconsistent dialogue.

Funny, interesting, and trim all at once, Biased is a reliable source for an entertaining 9 minutes. 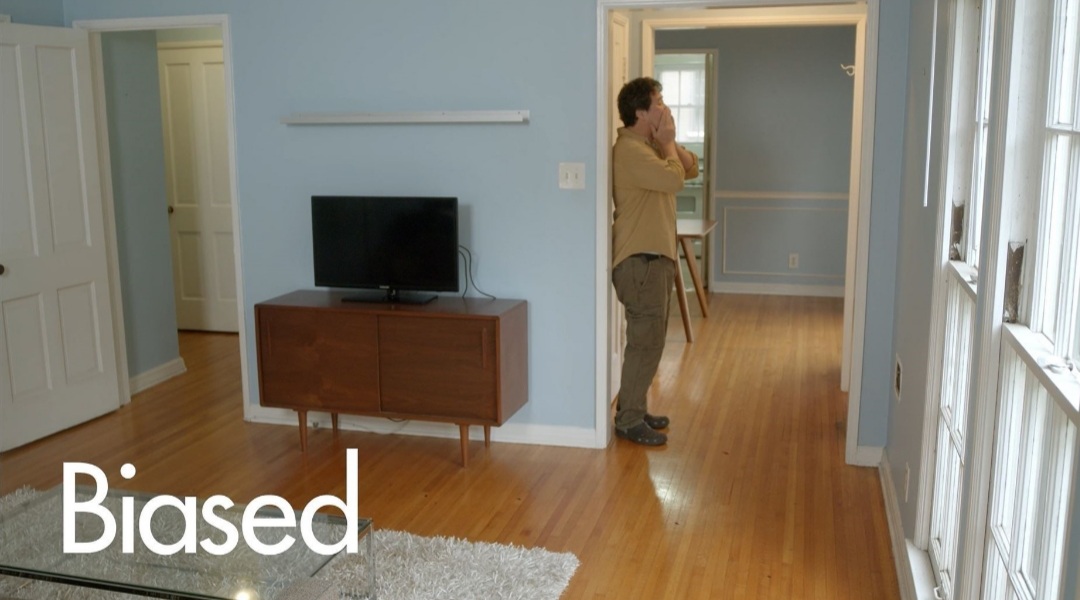 Writer and director Andrea Lwin’s Biased boldly asks the question: what if renting in Los Angeles could get even MORE egregious? Closely following the sudden