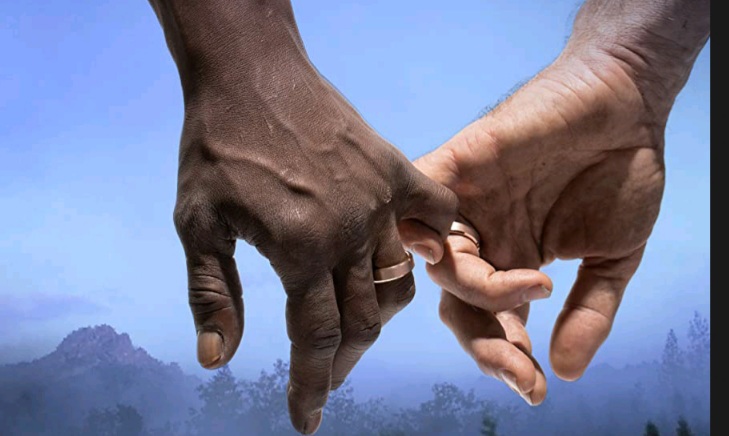 North Star, an Oscar-qualifying short film written and directed by P.J. Palmer, is a stunningly touching look inside the story of two partners and their unwavering commitment to each other in the face of adversity. Together, James played by Emmy Winner Colman Domingo and Craig played by Malcolm Gets, must navigate a labyrinth of hate, shame and self-doubt in order to defend their commitment to each other. As the power of religion, the manipulation of loved ones and the weight of financial burden fall upon James’ shoulders, tough decisions must be made to preserve their identities, even to the very last breath.

As dawn breaks on a ranch in Middle America, stars disappear from the night sky. James is already up and dressed. As he wearily rises from the chair, he turns off the light and makes his way downstairs to make coffee. Throwing on his jacket, he feeds the dog before heading outside into the darkness to start his day. In a contemplative daze, he walks towards the barn and lights up a cigar. Breathing deeply and gazing up at the sky, the emotional distress is clear to see behind his stoic veneer. Returning home, we follow him to his bedroom where we find Craig stricken in bed, his frail and withdrawn body unrecognizable from the pictures that adorn the wall. Scooping him up in his arms, James carries him to the bathroom where he bathes him. Locked in an embrace, James wipes him down and massages his hands lovingly saying “I got you, and you got me”.

Out of nowhere and much to James’ disdain, Craig’s sister Erin (Audrey Wasilewski) arrives unannounced. Erin is a devout Christian and displays it proudly. It’s clear from the start what her feelings are towards their relationship and her initial exchanges with James are passive-aggressive and condescending. She wants Craig to come home with her, to be with his family and most likely live out his final days. It’s clear this is not what either of them want, despite her declaration of “home is where the heart is, it can be anywhere”. Frustrated, James storms off to finish his chores leaving Erin with her brother. Immediately she changes the TV channel to a religious channel where televangelists Jess Broderick (Laura Innes) and Dr. Owen Broderick (played by the one and only Kevin Bacon) spew their hatred and anti-homophobic slurs. Craig watches on, immobile and in distress. As Erin tidies up the kitchen she finds a foreclosure notice. Furious, she storms out to confront James. Confronting James, Erin once again pleads for them to come stay, but her anti-homophobic stance and religious beliefs prevent her from making it a welcoming proposition. “We made this decision a long time ago” James calmly tells her, steadfastly refusing to let her hatred break their commitment to each other as Erin calls him a “martyr”. Storming back into the house, Erin makes one last plea to her brother asking him to repent, to save himself. Craig gently shakes his head in refusal despite his love for his sister. Kissing each other’s foreheads, embracing as the TV whispers out prayer, they come to an unspoken understanding.

In North Star the connection and chemistry between Domingo and Gets is remarkable. The love and chemistry jumps from the screen every moment they are together – bringing a deep emotional experience. This connection is at the heart of the film and sets the melancholic tone throughout. Domingo’s stoic and patriotic character (with a soft center) is beautifully revealed, while Gets’ amazing portrayal brings so much realism to the role. Beautifully balanced by Wasilewski’s performance, the cast more than do justice to Palmer’s vision. These performances are supplemented by stunning cinematography by Ernesto Lomeli who takes advantage of the natural surroundings to produce stunning shots. Combined, this makes North Star a must see, one that shouldn’t be missed and a great addition to Palmer’s impressive catalog.

North Star, an Oscar-qualifying short film written and directed by P.J. Palmer, is a stunningly touching look inside the story of two partners and their