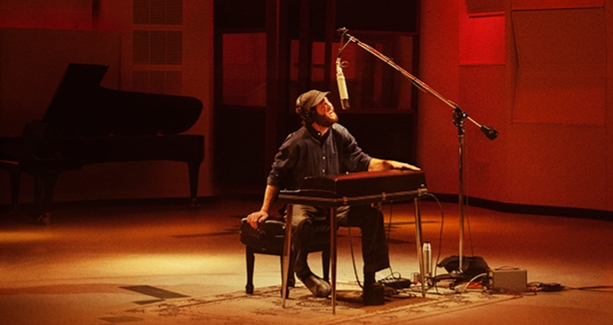 THE GOLDEN AGE is an Award Winning musical rockumentary about subversive pop star, Maya O’Malley (Justin Connor), who after a string of incendiary remarks in the press, gets dropped from his music label, Aspect Records in the Fall of 2012.

Shifting between the present day and performances/interviews from the past, we uncover the dark story of his abusive past, while detailing his turmultuous journey towards spiritual redemption through friends, band mates and music critics – set against the backdrop of his compelling, innovative songs.

As Maya sets out on a spiritual pilgrimage throughout mystical Northern India, he seeks refuge in the vast teachings of Hindu mythology in an attempt to seek solace from his troubled past in hopes of starting over.

Connor embodies the character of Maya – body and soul – in a simple yet powerful performance of one man who is dancing with his demons.  Connor not only takes on the lead role in his film but he also wears the hats of Writer, Director, Executive Producer, Producer – and he wears them well.  He also created all the original music – which adds an edge to the film.  His somewhat raspy voice and sound is reminiscent of Bob Dylan.

There’s a scene in the film where Maya speaks about getting picked up in a snow storm by his father – who was intoxicated.  Connor takes the audience in the car with him on those icy roads and turns.  You’re invested.  It’s the simplicity in the way he tells a story that makes it that much more effective with how broken he really is.  He speaks of being terrorized with almost no emotion – as if he is completely cut off from any feeling – from just trying to survive.  “It’s hard for me not to think that he wanted to kill himself that night…and me with him”.  He goes onto say “now I’m trying to kill myself…how fitting”.

Maya goes on an elongated fast for 40 days in the dessert.  Connor taps into a darkness with his performance that is raw and brilliant.

The documentary style interviews are very well done.  Each actor has an important role in telling Maya’s story – and they tell it beautifully.  Superb performances by Christopher May and Ellen Gerstein.

There are many poignant lines in the film that make the audience reflect – “he’s probably one of the most talented people you’ve never heard of…and in some strange way I think that’s exactly how he wanted it.”

Stunning visuals through Cinematagrophy (Jonas Navickas) and Editor (Julian Milo).  The use of split screens in places makes for an interesting choice.  Old pictures and home movies adds an emotional layer to the film.

The film is a little drawn out in places and could be tighter, but as a whole, THE GOLDEN AGE is a wonderful journey into one man’s quest for peace with his past – and his journey to self love.

THE GOLDEN AGE is an Award Winning musical rockumentary about subversive pop star, Maya O’Malley (Justin Connor), who after a string of incendiary remarks in the press, gets dropped from his music label, Aspect Records in the Fall of 2012.