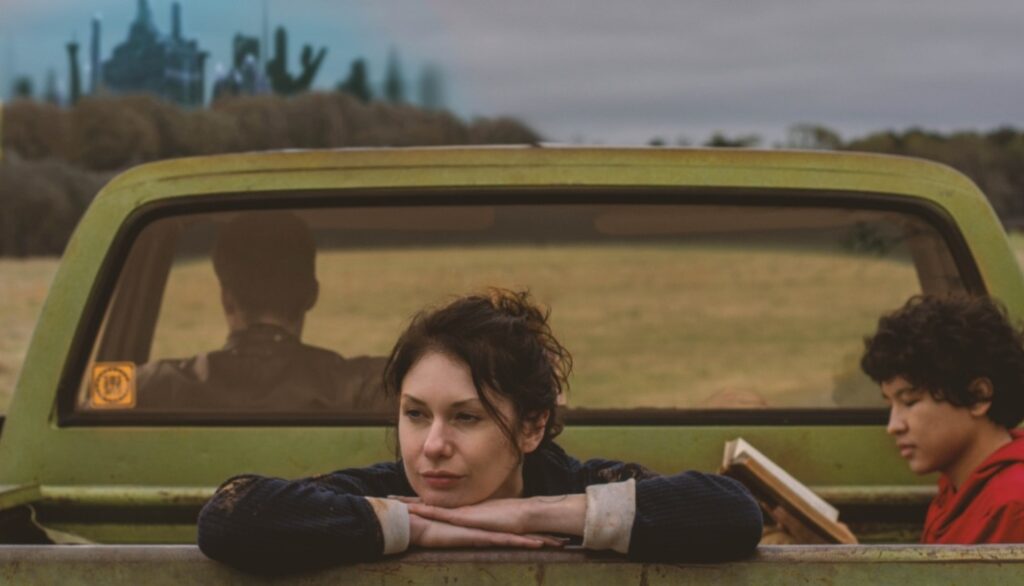 Written and Directed by Sarah Phillips, SUPPLEMENTS (EPISODE ONE) is a Science Fiction film that takes its audience all the way to the year 2289.

Most of humanity left Earth decades ago when solar flares began scorching the planet on a catastrophic global scale. This left only two dome-protected wealthy cities on the poles, and roaming nomadic tribes that could barely survive.

The film’s explosive beginning brings you immediately into the story. The heartpounding urgency of time running out is shared via an eye catching special effects visual on the wrist. Unfortunately, we go from 29 seconds left to escape the fire storm to 15 seconds – all within a moment’s time. It’s a noticeable faux pas which brings you out of the reality of the scene.

Kiirke (Laetitia Leon) is one of those nomads and is quickly packing up her bag while urgently trying to get her grandmother – Meemaw (Roberta Moses) – out of harms way. Meemaw gets her hand hit with a flare, causing the trajectory of the film’s message to change from escaping – to saving a loved one’s life.

We meet Dr. Jean Mercole (La’Netia D. Taylor) the creator and founder of Supplements who is welcomed back to Old Centauri. The visuals of Old Centauri, as well as the futuristic makeup (Haley Summerlin), creates a world unknown to us.

Time is running out for Meemaw as her hand injury, without treatment, will cause her devastation in just 30 days. They need money to take Meemaw to a bio clinic – which they don’t have. Selling the truck is not an option as this is their only means to escape. Kiirke realizes she is the only one who can save her grandmother. She declares she’s going to Old Centauri to raise money to save Meemaw’s life.

Beautiful cinematography (Phillips) captures the desolate and golden brown landscape as Kiirke walks her way towards her ride to Old Centauri. Once in the pick up truck she realizes her fourteen year old brother Jute (Murtza Ali) has been following her. She pulls him into the truck and embraces him. They are now on this journey together.

Arriving at their destination, there is a wonderful tribute to vintage diners. Only this diner, Ronnie’s, has been “Serving Old Centauri Since 2201.” A fabulous moment revealing some traditions are still standing.

Kiirke applies for a job as a mechanic. The problem is she only knows how to fix trucks – not transport pods. The girl sends her across the street to the science lab – Supplements – where they’re always looking for “lab rats”. Upon arriving, Kiirke signs on and when her brother also volunteers, much to her disapproval, Kiirke is informed that a 14 year old is considered a legal adult in Old Centauri.

The next scene is visually appealing with the futuristic sign in screen. Unfortunately, when the video starts to play, the direction and the feel of the film changes. A satirical presentation on the possible side effects Supplements can cause, this scene took away from the film’s serious through line.

Leon gives a wonderful performance throughout. She taps into a beautiful simplicity for this character while revealing an inner strength. Her younger brother, Ali, gives a solid performance. The two together have created a sibling relationship which is beautifully connected on screen.

For a film that’s just under 15 minutes, Phillips has achieved a bold piece of visual storytelling. The special effects, at this level, is impressive. The storyline is intriguing. The hope is that the storyline and characters will bring us deeper into this new world with the next episode of this digital streaming series.

SUPPLEMENTS tackles important present day issues – the effects of global warming, class distinction, the need for medical care for all and the obsession with staying young.

Phillips reveals her many talents by the hats she wears in the film – Writer, Director, Visual Effects Artist and Editor. She delivers a powerful message by giving us a glimpse into what our future could look like – if we are unable to see the current fire storms that embrace us now.

PrevPreviousWE GOT A PROBLEM WITH GROUNDWATER
NextABIGAILNext 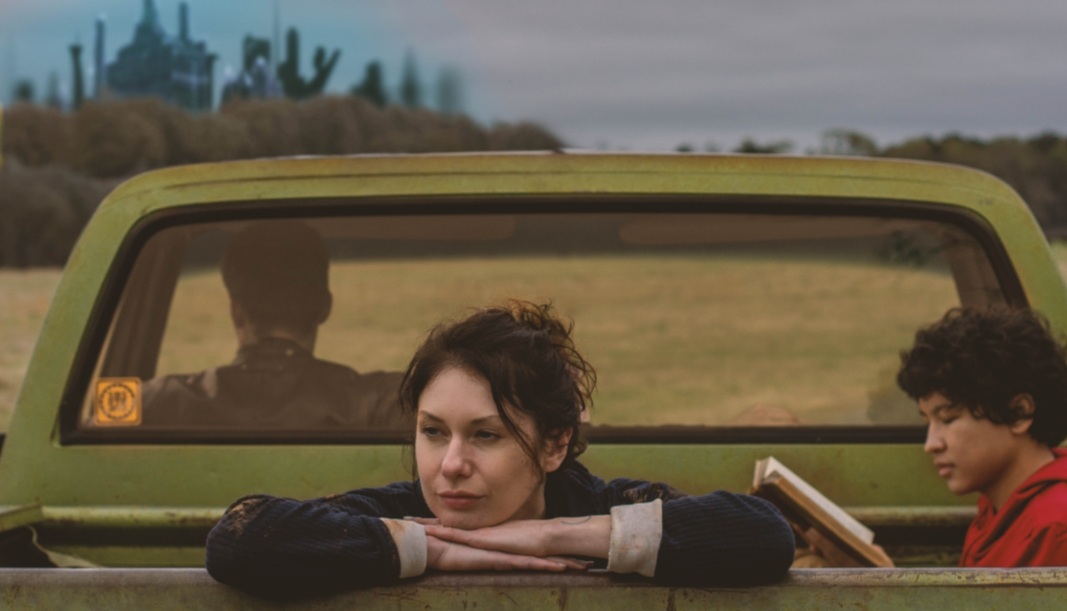 Written and Directed by Sarah Phillips, SUPPLEMENTS (EPISODE ONE) is a Science Fiction film that takes its audience all the way to the year 2289.