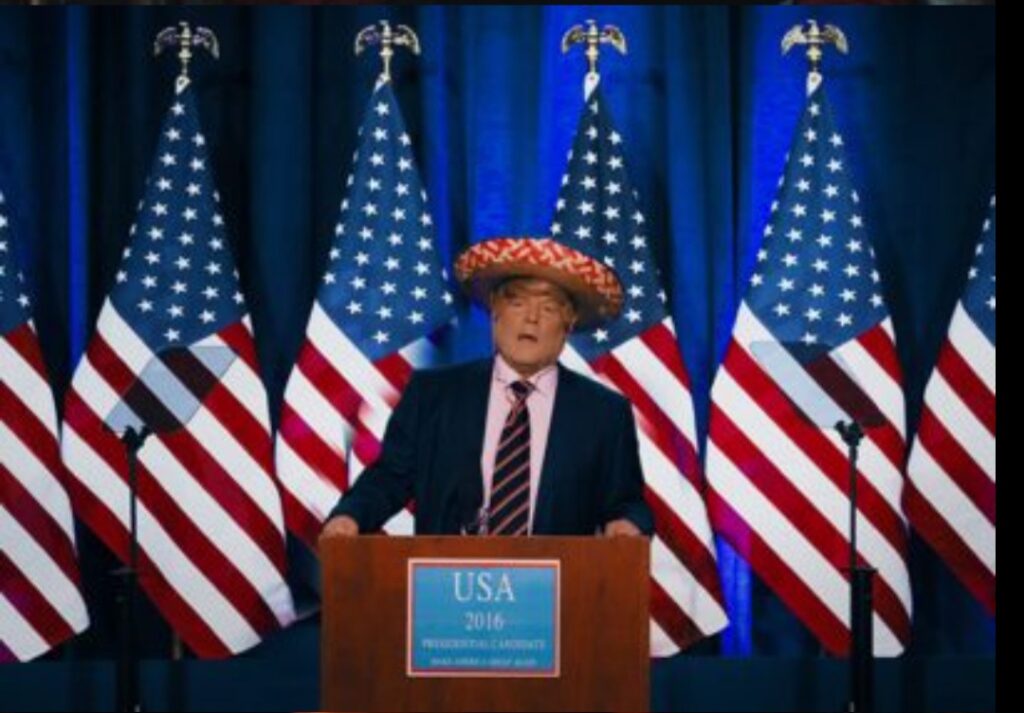 BAD PRESIDENT tells the story of Donald Trump’s unanticipated rise to the Presidency. It’s a story known to all – but with a dark twist.

The film answers the question half of the US and most of the world has been asking: how did a man with no prior background in politics and countless sexual assault allegations make his way to the most powerful position in America? Writer, producer, and director Param Gill comes up with the only logical explanation there is – it’s the devil’s work.

With a hint of dark comedy, the film walks us through a timeline of the events that unfolded leading up to Trump’s election. The satire parodies his refusal to publicize his tax returns, his racist rhetoric towards Muslims and Mexicans, and his Trump University lawsuits. While Trump (Jeff Rector) manages to get away with these scandals, the audience learns that the devil, who goes by Luther (Eddie Griffin), is behind it all. In search of the next worldwide devastation, Luther and his accomplices, Misery (Dawna Lee Heising), Anger (Justin Shenkarow), and Shame (Robert Amico), throw around ideas and finally agree on recruiting Trump to do their bidding. At first, Luther is hesitant to work with a man who lacks any cognitive ability, but ultimately puts his trust in Trump to do to the country what he has done to all his companies.

The onscreen chemistry between Griffin and Rector makes for some brilliantly clever scenes. Griffin’s ominous and disquieting performance complements Rector’s thick-headed portrayal, emphasizing the childlike qualities in his character. With Rector’s Trump impersonation, BAD PRESIDENT is a satire that gives SNL a run for its money. From the intonation of his words to his perfectly puckered lips, Rector recreates Trump’s demeanor with hints of arrogance and lunacy.

The film also does an apt job of presenting characters like Melania and Ivanka Trump in an entertaining way. Melania, played by Melanie Marden, is depicted as a woman who is fed up with her husband’s boorish behavior and is only sticking around for the money. Ivanka, played by Becca Buckalew, is presented as a daughter who has her father wrapped around her finger. Contrary to the way most media only sees these women for their appearance, these representations show them as multi-dimensional women who are aware of the game they are playing and are using Trump’s sexist mindset to their advantage.

Although the acting is impressive, the script keeps the film from being a hit comedy. While some jokes land, others are distasteful and could be taken as offensive. Dark comedies are known to be controversial (Gill and Buchanan also wrote GOING TO AMERICA), but a joke made about Jeffrey Epstein “servin’ up small children on an island” can be triggering to many. Despite the crude humor, the film makes a bold and powerful statement overall.

The film makes the stylistic choice to break the fourth wall, which works well in this case. By looking into the camera, Griffin addresses the audience directly, reminding us that despite its fictional and exaggerated elements, this film is based on true events.

Gill takes an allegorical approach to show how Trump’s morals and policies align with the devil’s. Although the plot and comedy are a little too on the nose at times, the message behind it is well-timed with the upcoming election.

Beyond its comedic relief in these hard times, Bad President offers another look at the true colors of Donald Trump, reminding American’s what their vote could mean for the future of the United States. 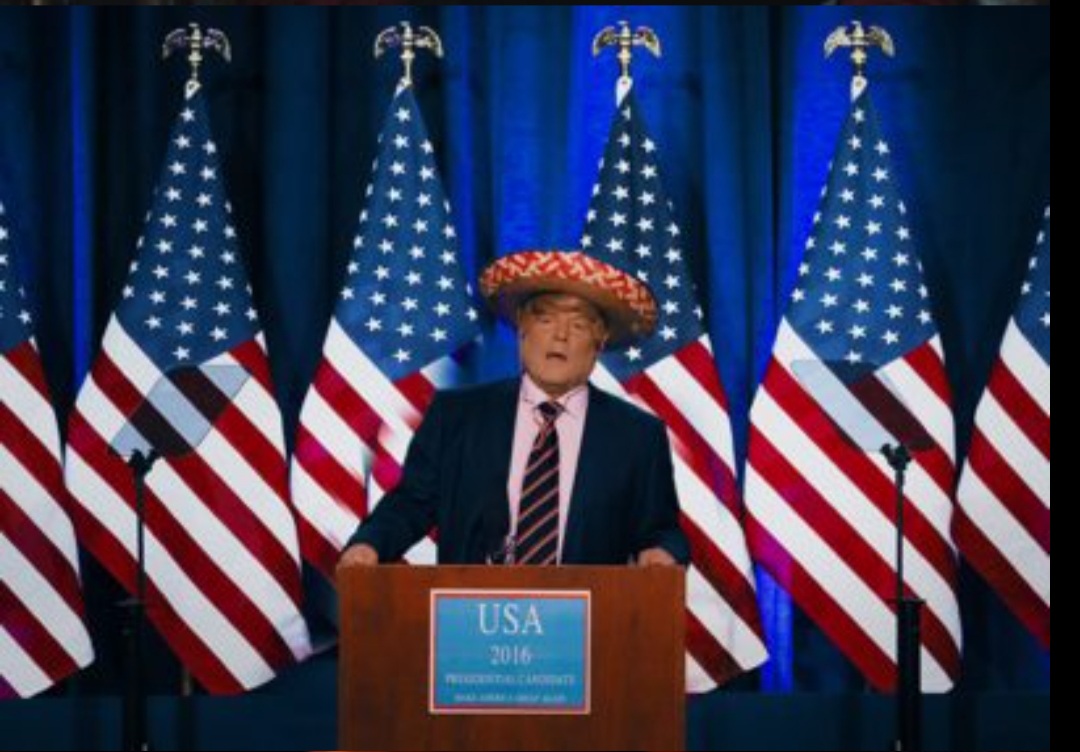 BAD PRESIDENT tells the story of Donald Trump’s unanticipated rise to the Presidency. It’s a story known to all – but with a dark twist.