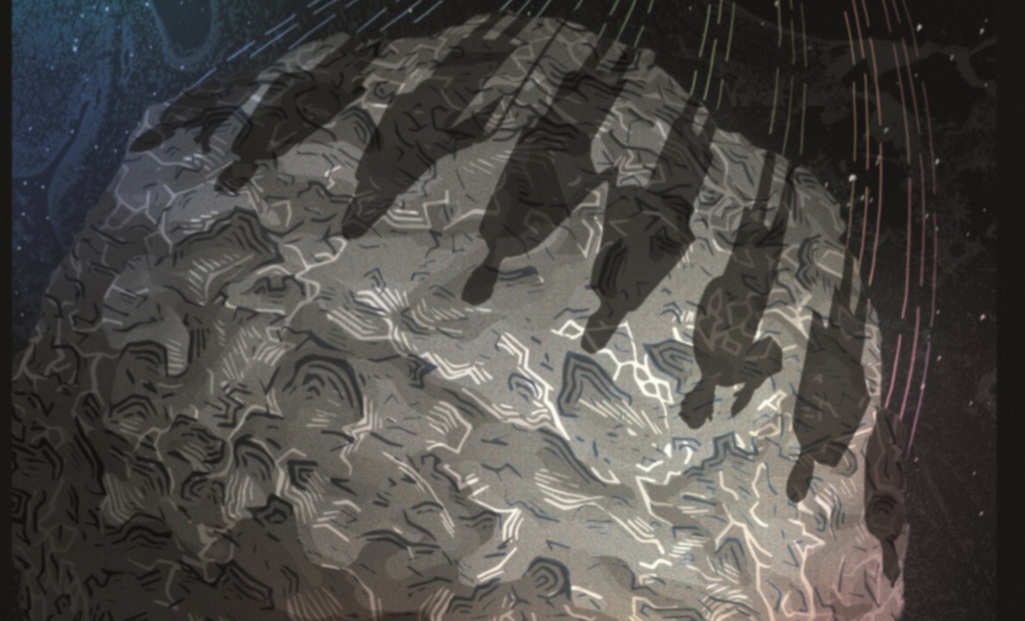 Cult is a Mockumentary about a fictional religious following in Northern England.  Written and directed by Luke Ibbetson, the first 72 minutes goes full mock mode and bites with a sarcasm and dry wit that leaves a mark. But the film oddly loses its way in the final ten minutes and diverges from the genre.  A seriousness takes over and gives the ending an unsatisfying split personality. Still, Cult is definitely worth a look – even if you’re left wondering why Ibbetson didn’t see the formula through to the end.

Cult appears to mirror the San Diego based Heaven’s Gate Cult that literally crash landed in 1997. Thirty-Eight members committed suicide in hopes of hitching a ride with the Hale–Bopp Comet, and Friends at the End (F.A.T.E.) rides the same mission.

We are introduced to the documentary team en route to the rural compound that houses the blind faith in question.  The foursome is not up to date, though.

The production has sat on their footage since the events transpired 20 years past, and with a banjo twang that conjures Napoleon Dynamite, the quirks quickly arrive in kind.  “I hired my cousin as runner as a favor to my auntie,” reveals Ibbetson, who stars as the filmmaker and narrates the film.

But the creatives cannot even come close to the cult.  FATE’s grainy promo video tries to ensnare with giddy promises, frolicking ritualism and creepy denials of public scrutiny.  On the other hand, the cult apparently has science on their side.  “Every fourth year a short tailed comet passes over the earth, and we know through science that there is in fact a spaceship where a society of highly intelligent super-beings travel the galaxy, waiting to take a select few souls on their interplanetary quest.”

Quite a boast and we know it’s true because the esteemed expert is clearly identified.  “Dr. Bennett, Legitimate Scientist,” the subtitle clarifies, and the tone is set.

In other words, you chortle at best, but again, that’s no reason to turn away.  The wry little digs sort of pile up inside, and as the scenes accumulate, random bursts of laughter mete their way out.

Nonetheless, we dive in with the comet 100 days out and are introduced to the son of FATE’s leader.  Unoriginally named Comet, Calvin Crawley takes on the lead role by perfectly balancing in mockumentary mode.  His devoted naiveté is almost too good to be true, and the intended overplay accentuates the satire that Cult is trying to drive home.

Comet has plenty of company too, and at the top, his mother (Sanna Kelly) keeps the lunacy in the family.  Thus, she rules not with an iron fist but the nagging grip of a matriarch whose craziness gives her all the street cred needed.

Her flock falling in line more or less, Beck (Marianne Chase) and Manaus (Althyr Pivatto) provide additional caricature and give FATE plenty of escape velocity for their mission.   Beck is addicted to cults as means of climbing the social ladder, and Chase comes across wonderfully as a semi-aggressive social misfit who won’t hesitate to mark her territory.

As for Manaus, he’s a failed Rocker who landed at the compound after a bad LSD trip, and FATE is his current means for staying above board. So Pivatto must balance his latest grift against the suicidal tendencies he’s now signed up for.

The beat up house, childlike infighting and farcical rituals also add to the excursion, but the story takes its first turn when Comet is able sign on another member. Rachel (Elizabeth Sankey) is incarcerated in rehab and seizes FATE’s outreach as a means of escape.   Of course, the fact that her father is an oil tycoon ensures acceptance in the form of a large check, and she’s just happy to go through the motions with her new friends.

Comet is onboard either way and the budding romance turns out to be star-crossed.  Dad intervenes, drags her off and she eventually serves as witness.

In turn, the groundwork is laid for the switch in tone, and when the moment of truth arrives, the caricatures suddenly become people.  We are left to examine their choices as Rachel reflects back and her laments put a human face on what was a punchline to this point in the film.

It’s like Blazing Saddles switched gears and assumed the posture of Dancing with Wolves to unveil the hypocrisy of the America’s creation myth. Sorry, the message could have been so much more powerful if Cult had pressed on and figured out a like minded ending to make sense of the human tragedy.  But you stay for the laughs anyway.

Cult is a Mockumentary about a fictional religious following in Northern England.  Written and directed by Luke Ibbetson, the first 72 minutes goes full mock mode