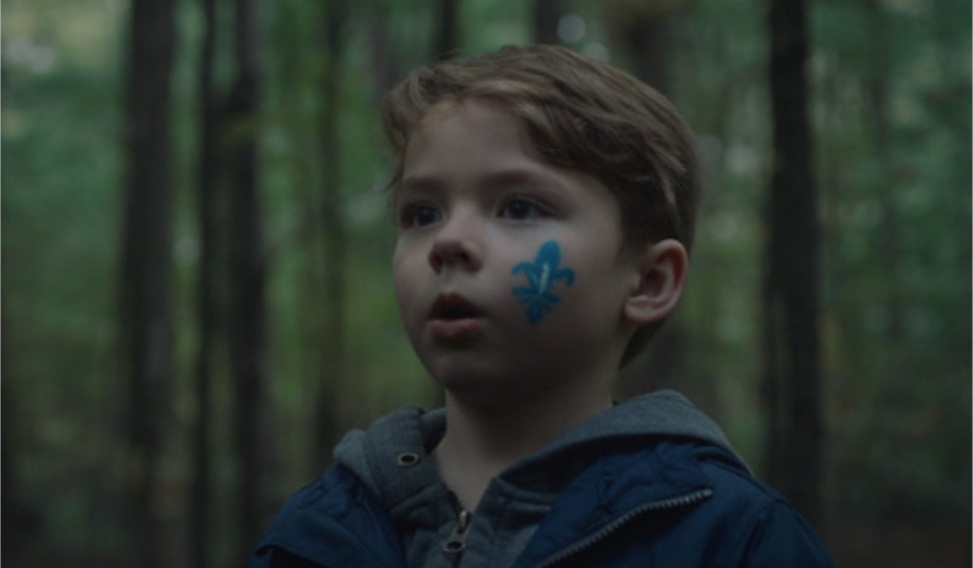 When we see injustice, our first instincts bring a feeling of powerlessness in the face of those who officially implement the pain. We then extend out to the constituencies who fail to see the heartlessness of their support. And they all have children. So by default, the crime of inhumanity is being inflicting upon our most vulnerable innocent bystanders, and there’s no more futile feeling than witnessing the indoctrination of children. Using the immigration atrocities at our southern border as backdrop, Pier-Philippe Chevigny’s Rebel does just that in his Award Winning 15 minute short film. But for as pliable as children are, the film reminds us that children can grasp a wisdom that is too often out of reach for adults.

The film begins with a 2022 news report that moves current events to America’s northern border. “Almost 100,000 migrants have crossed the border into Canada, fleeing possible deportation from the Trump Administration.”

The dystopia is upon us. But a little boy gives us hope, and so what that Alex (Edouard-B. Larocque) is playing with a toy soldier. Of course, it is a little odd that his imaginative discourse understands the concept of “jammed ammo.”

Not to worry, he’s got a loving father (Émile Schneider) who bombards him with kisses, calls him Pepperoni and seems assured to deliver on the promise of an ice cream sundae. You also can’t fault Dad for not giving into Alex’s request to let a stray cat indoors. “Then we’d have to take care of it,” Dad reasons with love.

Delivered at Alex’s eye level, the boy gets the message, and since almost the entirety of the drama unfolds from his perspective, we know where the moral of the story will come from. But suddenly we learn that this Canada has its own version of the Proud Boys, and Dad bangs out the brainwashing in death-metal form. “It’s useless for you to hide. It’s too late for you. The nation has you now, socialist scum,” go the right wing lyrics.

Sadly, Alex joins the beat in the backseat, and then it’s off to play pretend patriot in the forest. Still, the gathering is more like an extended family camping trip so you can’t help wonder – how bad can a proud boy really be.

Of course, the confrontation between Canadian and border crosser must come due, and the playfulness goes out the window when the introduction is initiated. Thus, Alex stumbles across a young family that appears to have a Middle East origin, and the bogeyman the boy has been taught to fear suddenly has a face.

The terrified look on young Larocque’s face goes beyond his years, and lets us know that Alex has taken in the curriculum with flying colors. The fear that overcomes Alex also fails to see he’s essentially looking in a mirror. In other words, the three outliers understand what’s at stake, and their whole expression responds in kind.

There’s no relief either when Alex’s elders enter the picture, and Larocque’s face subtly alters as it becomes clear what he is part of. An absolutely chilling transformation, and despite all the revelation in his eyes of the five year old actor, the adults can’t see passed their blinders.

But this group may need to ‘take care,’ because sometimes it only takes one Rebel for people to see the light. Alex is counting on it and you’d be wise to join him.

When we see injustice, our first instincts bring a feeling of powerlessness in the face of those who officially implement the pain. We then extend