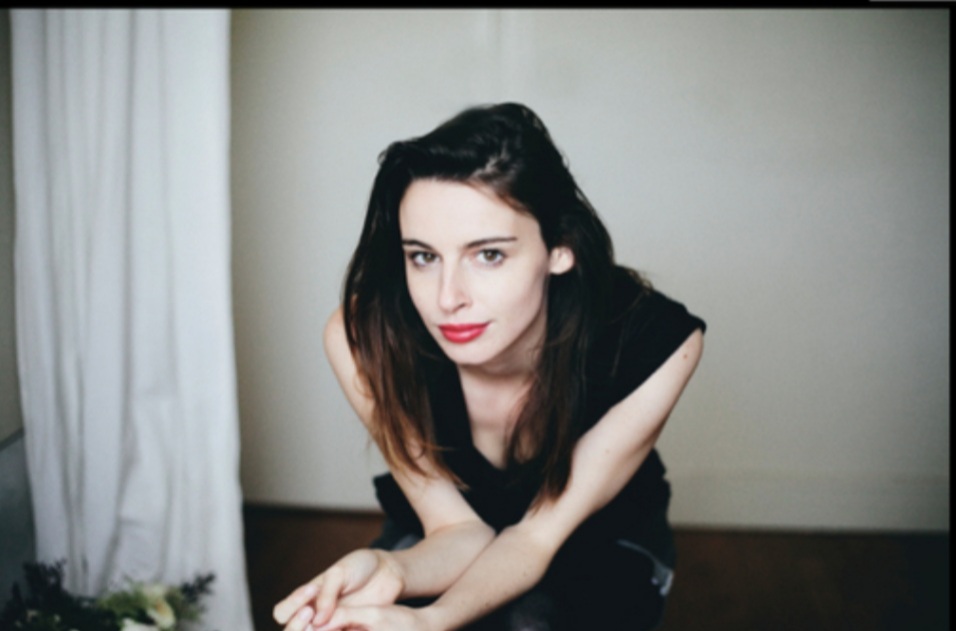 MATRIOCHKAS focuses on a young teenage girl who discovers she is pregnant. Anna, sixteen, lives with Rebecca, her mother. Anna started to discover her own sensuality. When Anna learns that she is pregnant, her mother sees herself in her, at the same age.

I started acting when I was bout 8 or 9 years old, in TV commercials. I then started acting in short films and small projects, but I knew that I had found what is was that I wanted to do. I moved to Paris right after finishing high school, and enrolled in acting classes. But I also pursued a more academic path alongside those classes and the films I was doing, as I studied journalism in College for 5 years. It just felt right to keep my eyes open on the rest of the world, as acting classes can be quite a self absorbed environment. I loved the balance between the two, and was lucky that college is very affordable in Europe, which made it accessible to me. After college, I started feeling the urge to write. That’s when I wrote and directed my first short film.

What inspired this story?

I mainly wanted to talk about a mother/daughter relationship, and how it can take many forms. I think it’s Simone de Beauvoir who said: “There is no such thing as maternal ‘instinct’: the word does not in any case apply to the human species. The mother’s attitude is defined by her total situation and by the way she accepts it.” As I see my friends become mothers, I realize that there are as many different mothers as there are women. And that’s not necessarily the way it’s portrayed in films. But I didn’t want the character of the mother to be guilty of anything, she’s very loving and tries her best, as she is a very young mother, and still behaves like a teenager now and then. That’s where I wanted the film to start. The fact that her daughter becomes pregnant herself was a way to close that cycle, that circle, unless the daughter decides to refuse to take the same path her mother took.

How has your experience with acting shaped your directing style?

I try to keep acting definitely at the heart of everything on my set. I want to tell stories about characters that are nuanced, complex, just like we are. As a spectator, I’m most attracted to characters in films. So I really try to make the environment as safe as possible for actors to feel free, yet, well, ‘directed’. It was fascinating to work with a first-time actress, Heloise, on this film, as she reminded me so much of my own first experiences. I think trust is really the most important thing. If you feel safe, you feel like you can try things, fail, and it’s OK, it won’t be held against you, and it just won’t make the film, we’ll try something else together. I try to keep the technical aspects as light as possible so that we really focus on what is happening before us, and I’m really lucky to have a DP (Olivier Boonjing) that completely understands that, and comes up with great ideas to make it possible.

You come from a family of actors and artists. Did you ever feel any pressure to pursue a career in the film industry?

Not really. What’s great was that I always felt is was possible to pursue any career I wanted. I know a lot of actors, directors, musicians, for whom the hardest part of their career was actually just coming out and saying: ‘this is what I want to do’. I’ve always felt supported, although my dad, being a musician, was convinced my sister and I should pursue school for as long as possible, he himself had a College degree that he never really used. I think he really just wanted us to stay curious, to want to learn. I feel very grateful for that.

Both Anna and Rebecca are characters that many women, especially young women, can relate to. In what ways do you relate to Anna or Rebecca?

With Anna, I feel like women go through an age where they start realizing that they are sexualized, whether it gives them power of frightens them. I think Anna is more courageous than I was at her age. But I remember that transition: wanting to experiment, yet thinking that it was maybe too early, but seing signs all around – and in mens eyes – that the way they saw me was changing. And I have a lot of empathy for Rebecca. She really loves her daughter and wants the best for her. She’s there, always. But she doesn’t seem to be able to keep her needs aside, and projects them on her daughter’s needs. What Anna needs is for someone to listen. Rebecca just doesn’t see that.

Unlike many other stories about teen pregnancy, your film does not put any focus on the man who got Anna pregnant. Can you tell us more about this narrative decision?

It’s the way Rebecca considers the situation. She had her daughter by herself, and she says it’s ‘better to have no father at all than to have a bad one’. She’s clearly built the way she sees herself on the fact she raised her daughter by herself, and that their bond in indestructible. But by doing so, she also cancels allies that Anna, in her situation, could count on. Rebecca has grown up to have enemies, and Anna doesn’t yet feel that way. I also wanted to tell the story of a frightened teenager. Anna doesn’t want anyone to know, and in a sense it makes it less real to her, I guess.

The subject matter of Matriochkas could be considered controversial in many cultures. What has the reception been like so far?

Honestly, it’s been great. By having these conversations through the story of characters who themselves are nuanced and not sure of what it is they want to do, I feel like it brings everyone to the table. The film doesn’t point fingers, doesn’t have an agenda or a hidden message, so I think it’s a good conversation starter.

As seen in Matriochkas and Le Sommeil Des Amazones, you often explore relationships between women in your work. What are some other female-centered topics or issues you hope to explore in the future?

I’m writing my first feature and I that topic is still very present. I’m lucky to work as an actor, so I don’t need to write or direct, I can only work on things that really fascinate me. I think these relationships are what makes me want to keep making films.

Matriochkas was the winner of the Oscar-qualifying Best of Festival Award at the 2020 Palm Springs International ShortFest. What does this amazing achievement mean to you?

Being both Belgian and American, I’m really grateful the film gets to travel (when we can’t!) and be seen by people all over the world. These awards really draws attention to the film, and that’s awesome. But knowing the film is being seen and appreciated in my other country is very special.

As I mentioned, I’m writing my first feature. I have a few series and films coming out, in which I participated as an actor. I love doing both. And I’m also co-writing a series in Belgium. Weirdly enough, these have been very busy times!

MATRIOCHKAS focuses on a young teenage girl who discovers she is pregnant. Anna, sixteen, lives with Rebecca, her mother. Anna started to discover her own