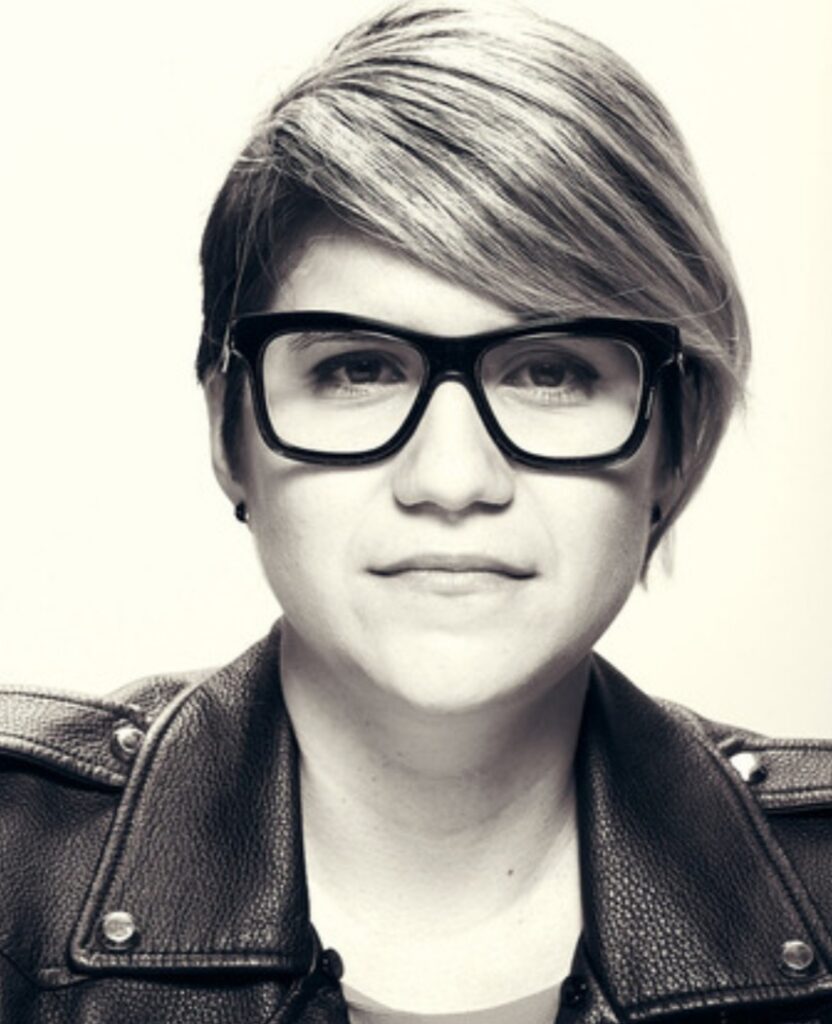 Boys and girls play in different ways. Why did you choose the way boys play in your film?

I actually didn’t choose the way they played – the children did. You see, I have a very documentary – naturalistic – collaborative approach when writing/directing for children: they are an active part of the creative process all along the way of creating the film. So, I really wanted to construct an honest portrait of Pamplona (Colombia) and its people, and the reality is that none of the girls at the school where we shot the film played football with the boys, or even among themselves.

I did play football while growing up with my brother and my cousins from Pamplona, but I didn’t want to impose a female character as a lead if it didn’t come from the girls themselves. So, in the acting workshop we did with 20 children from Pamplona, I re-wrote the script and re-thought all the scenes taking into account their point of view.

Right now, female representation is a very important part of the agenda of our children’s production company “Pescadito Films”, so our next project is a documentary series about girls practicing sports that they are passionate about, named Powerful girls.

How do you know so much about the way boys think?

I listen to them. With respect, with intention, with care. As a director, I have to trust my child actors’ instincts, and more so because they are also the main audience of my films.

What was the challenge of finding boys who could act and play futbol?

Well, we really had a hit because, when we did the open casting, we were not particularly looking for actors who can play football, but the other way around: we looked for children that loved football and wanted to act! So, we had a great response in Pamplona and we had a fun casting, filled with games, role-playing, and laughter. Afterwards, we did a selection and chose a group of 20 kids that were part of the acting workshop during 4 months.

How difficult was it to get the kids to ignore the camera when they are all lining up?

Not hard at all. If there’s someone that understands role playing and being respectful of the rules of a “game” are the children. In this case, our production approach was for children to see film as a game, as something playful and collaborative. If you are playing “hide and seek” when you are a kid and someone cheats – that’s censured by all your peers. So, we rehearsed (of course), we told them to not look at the camera, and we were as fast as possible with the shooting so they will not be tired during the shooting. I believe children are very autonomous and devoted when they commit to doing something on their own, willingly, so I blindly trusted all of them, and the result was amazing.

However, the amount of energy required to shoot that scene was enormous. We were dealing with almost 150 children, and thankfully, we had their teachers as a huge support to the scene.

The headmaster (Luis Enrique Yañez) fits well into his role. What background – if any – does he have in education?

He’s an education legend in Pamplona. He is retired now, but was a teacher and discipline coordinator for over 30 years at the school where we shot the film. We reached him out to attend the casting and it was just a perfect fit. Working with him was such a joy. He’s no longer as strict as the character (but he confessed to me he was at some point), and he was dedicated, respectful, and so eager to learn about acting. All my love and respect goes out to him and all of our wonderful actors, natives from Pamplona, whose truly embody the meaning of a beautiful film crew fellowship.

In America, we tend to associate Latin America with poverty. How important was it for you to tell a story that is universally uplifting?

SO important to us, to Natalia Bernal, the producer (who’s also a director of another film we produced, RAMÓN, set in Mexico, with an amazing child protagonist front and center); and to myself, to tell stories that portrayed the resilience of our culture in a cinematic way. Personally, it’s a philosophic choice: I believe, life is hard, you don’t get to win everything, but sometimes you do win. You do feel happy. You overcome your fears and struggles. So, let’s celebrate our small victories and cherish them in our hearts.

What was it like to work with Maykol Santiago Capacho Perales? He seems like such a wonderful kid.

It was amazing. He has such great instincts, so much truth and kindness in his heart. He’s super-talented: the best of his class, an amazing football player. It helped a lot also that his whole family acted in the film: the mother character, is his actual mother, and his brother is one of the “bully-characters” presented in a very intense scene of the film. We also approached the acting workshop as a team effort: no actor was more important than the other, you had to respect the scene of your partner and give your best, and that was beautiful. There was an amazing feeling of fellowship and friendship in the air within these great children.

Where did the idea to add animation to the short come from?

The combination of live action and animation arises from a need to immerse ourselves in the universe of our protagonist and see the world through his eyes, with magic, fun, emotion and above all, a lot of imagination. I really wanted the audience to get into the incredible mind of a 10-year old boy in love with football, who sees the world around him as an extension of a football court.

Collaborating with the animation team was THE best! They are also Colombian but based in Japan, so we were already working remotely back in 2017-2018 (who knew!). The team was led by a very esteemed friend and colleague, Nicolás Guarín.

We did lots of work for the animation of 3feet: first, we planned and shot the scenes with the cast in the actual farmers market of Pamplona (it was quite an event), and then, using a technique called “rotoscope” Nicolás and his team digitally hand-draw 3000 images to match the video we shot and add the magical/imaginative scenes to it. I’m so happy with the way it turned out.

How do you think teachers will view this film and maybe change their approach to dealing with boys?

I would like to believe that 3feet leads to a better understanding of the amazing children’s resilience, autonomy and playfulness by allowing all of us to have an honest glimpse of how children manage so well in their everyday lives. So, I really hope that teachers may see the film and understand the importance of letting the boys play, enjoy themselves and take responsibility of their actions, but also, that they will allow boys and girls to get dirty from time to time (it’s bound to happen).

What was the challenge of following Gonzalo through the city streets as he dribbles his ball?

The biggest challenge was of following Gonzalo was the lighting. Because as a crew, we were so prepared to capture Gonzalo’s vibrant movements and we rehearsed a lot with the actors so we could get his actions in as fewer takes as possible to keep the scenes fresh. Also, the cinematographer of the film, Andrés Arizmendy, is such a hands-on filmmaker, (so resourceful!) and he understood perfectly what we were looking for as a production: the camera is there to capture our child actor as naturally as possible, not the other way around. The actor was not placed in compliancy to the camera requirements or caprices.

So, recapping, we used mostly natural light, and the story is set within a very specific time of the day, between 6am to 8am in the morning. (We do attend school so early in Colombia), so the biggest challenge was continuity. And the result is Andrés expertise and craftsmanship at its best.

How did you find the school and what was involved in getting permission to film there with the kids?

We got to the principal and presented ourselves, our previous work, and the idea of the film. He gave us his blessing and all of his support, and that was very important before reaching out to the teachers and the parents. I remember the day he gave us a written permit to send the authorizations and letters explaining the shooting of the film to the parents. I felt as if I was holding precious and sacred in my hand! I felt like a school girl again actually – Like: I got a permit from the principal! Yei!

So, jokes aside, everything we did was with the principal’s, teachers’, and parents’ support. It was overwhelming. So, a huge thanks to all the people from Pamplona, and from the school “Normal Superior”.

With Natalia Bernal, the producer of 3feet we launched our children films production company “Pescadito Films”, dedicated to creating an exciting and pedagogical experience of making films for children with children. We’re distributing our new production Ramón, a documentary short film directed by Natalia, presenting a very charismatic and brave Mexican Child who’s attending his first kickboxing championship. It has had an amazing track record in film festivals so far.

I’m also working on my first feature film, Diego, The Singer, alongside with the Colombian scriptwriter Johnnier Aristizábal. It is a story where children’s autonomy and resilience is also placed in the center. It is set in the beautiful Colombian countryside, and it talks about how art brightens and improves everyday life. The lead is a country boy named Diego, who has a speech difficulty and a deep love for music. We are in the development stage, and we expect it to be released in 2023.

Last, there’s Powerful girls, a documentary series to feel inspired by the strength, courage and passion of young girls that practice sports. We have realized how important representation is in film, so we want to put girls front and center, along with their struggles and great achievements, to inspire new generations and ourselves, so we all acknowledge that there’s nothing a girl cannot do! This will be a co-directed project between Natalia and myself, we expect it to be shot/released by the end of this year (2021). 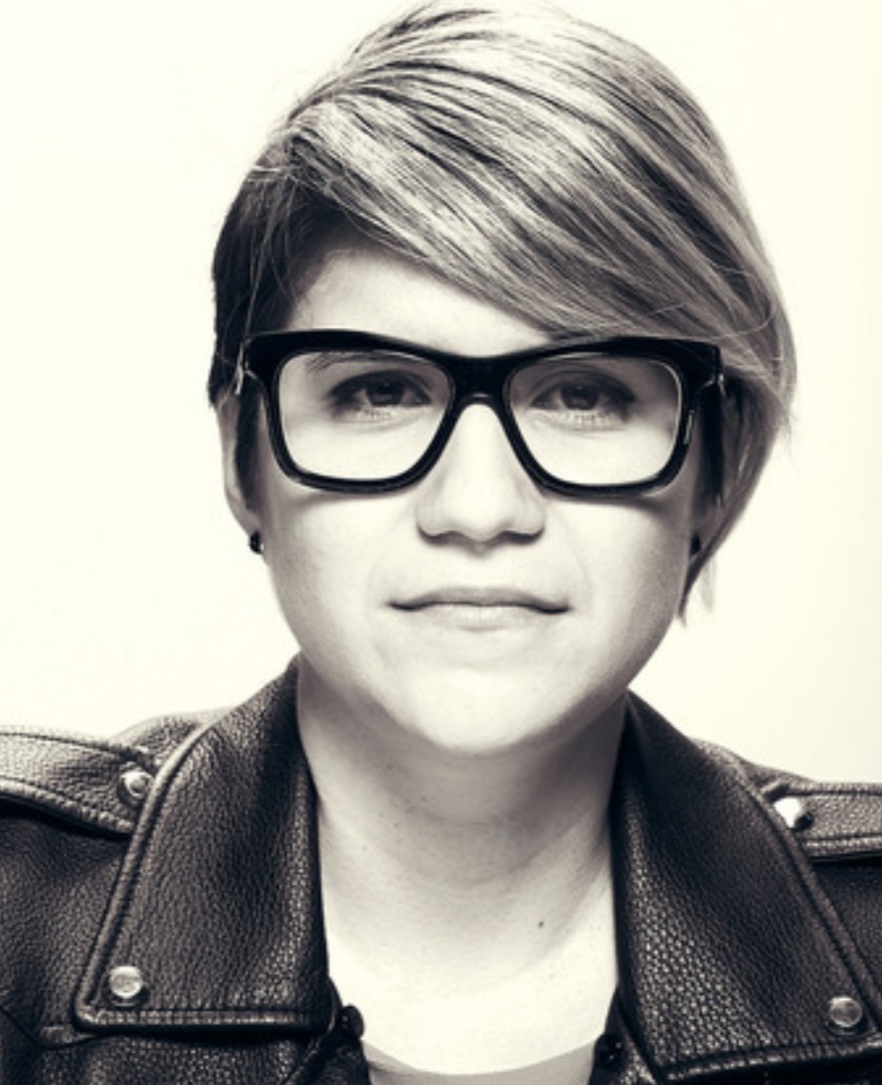