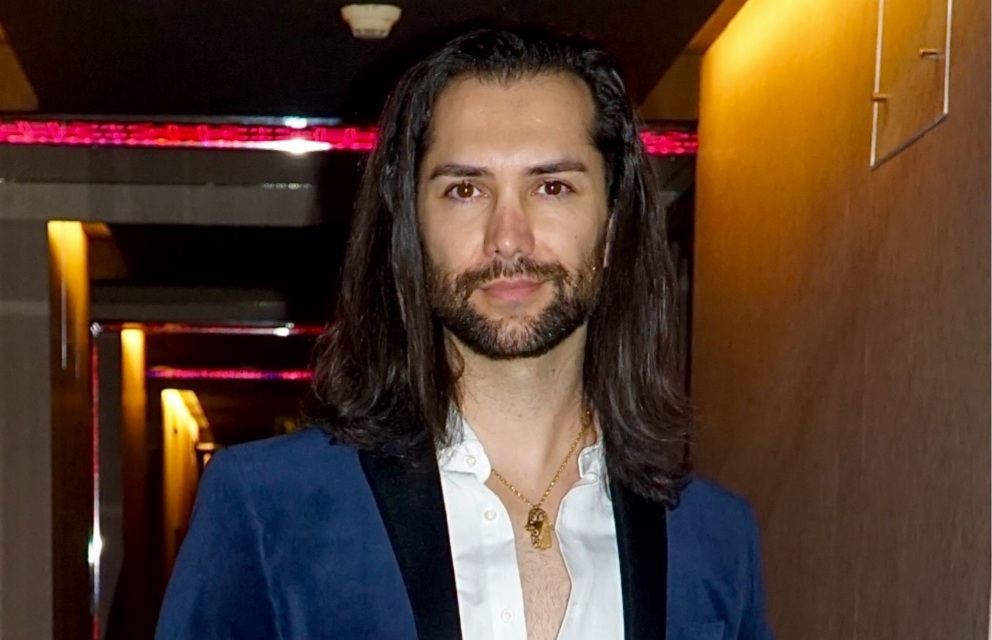 When did your love for filmmaking start?

It started around 15 years old. I had a small Handycam and I used it to record my sisters wedding. After that I kept making home videos and eventually went on to direct many music videos.

How have your Iranian roots influenced Your filmmaking?

Iran has a very strong Cinema. Some of the best movies I have seen are Iranian movies. Most Iranian movies are very emotional and have life lessons embedded in them. The main purpose of movie making is to elicit emotion out of your audience and Iranian movies take you on an emotional rollercoaster.

What inspired you to write and direct this film?

To be honest I was writing another short about a single dad and his sick daughter but when I finished writing it I realized it was about 40 minutes. It had many locations and it was a longer shoot so I decided to write a shorter film. I wrote this movie The sleepless in two hours. I started typing and the words were just pouring out.

Did you write The Sleepless with casting yourself as the lead in mind?

Yes my goal is to be a writer/director/actor. It is very difficult but I enjoy the challenge.

Were there any struggles that came with directing yourself?

Yes, I had to oversee too many things. Directing alone is very difficult but that’s what I enjoy.

Would you choose to direct yourself again looking back on the experience?

Although this was a hard thing to do I will be in every movie I will make from this point forward. Writing, directing and acting are my biggest passions. I will however write smaller parts for myself to make it more manageable.

You were a fan of Eric Roberts work before he was cast in your film. What was it like working with someone you’ve admired for so long?

Eric is one of my favorite actors of all time. The guy is a legend but he is so humble and down to earth. I remember hugging him in a scene and thinking how surreal it was. He was a professional. He brought so much to the table that was most apparent during the edit. His continuity was superb and made editing his footage effortless.

Can you tell us more about the casting process and how you were able to get Eric Roberts on your team?

Casting Eric was the hardest part. The agent he had listed on his IMDb page was very difficult to reach and he was lazy to respond to my emails. I found some other guy that knew Eric’s wife and sent them the script. Remember all actors want to act. No actor wants to stay home and watch TV. If the material is good they will respond to it.

You started out directing music videos before you moved into short films. In what ways has your background with music videos shaped your style of filmmaking?

There is so much freedom in music video making. You can literally do anything you like and as long as the footage looks nice you will be alright. I’m sure we’ve all watched music videos that had nothing to do with the song but never cared. In making narratives everything has to be done with a purpose. You can’t leave anything to chance. Any camera movement has to have a purpose. But making music videos was my film school.

What was your thinking behind the stylistic choice of making The Sleepless a black and white film?

I was going for the film Noir look. I grew up watching movies like Citizen Kane. The Sleepless is a dark movie about a man with a troubled soul and black and white just suited it perfectly.

As a director, what was it like working with cinematographer Adam Goral to bring your vision to life?

Adam goes above and beyond. He takes his work very seriously and is very open to trying different ideas. He is also big on doing most of the preparations before the shoot so that makes shooting very easy and relaxed. He had done his homework and we had agreed on the look of the film beforehand so there was no guesswork.

I’m writing my first feature film at the moment. Quite frankly I’m a little nervous and excited at the same time because we set the bar really high with The Sleepless so the feature has to be bigger, better and smarter. I’m hoping to start preproduction in six months. It will be a four week shoot in Los Angeles and I’m looking forward to working with Adam and Eric again.

Take2IndieReview sits down with Writer/Director/Actor Kami Sadraei to discuss his film The Sleepless When did your love for filmmaking start? It started around 15 years