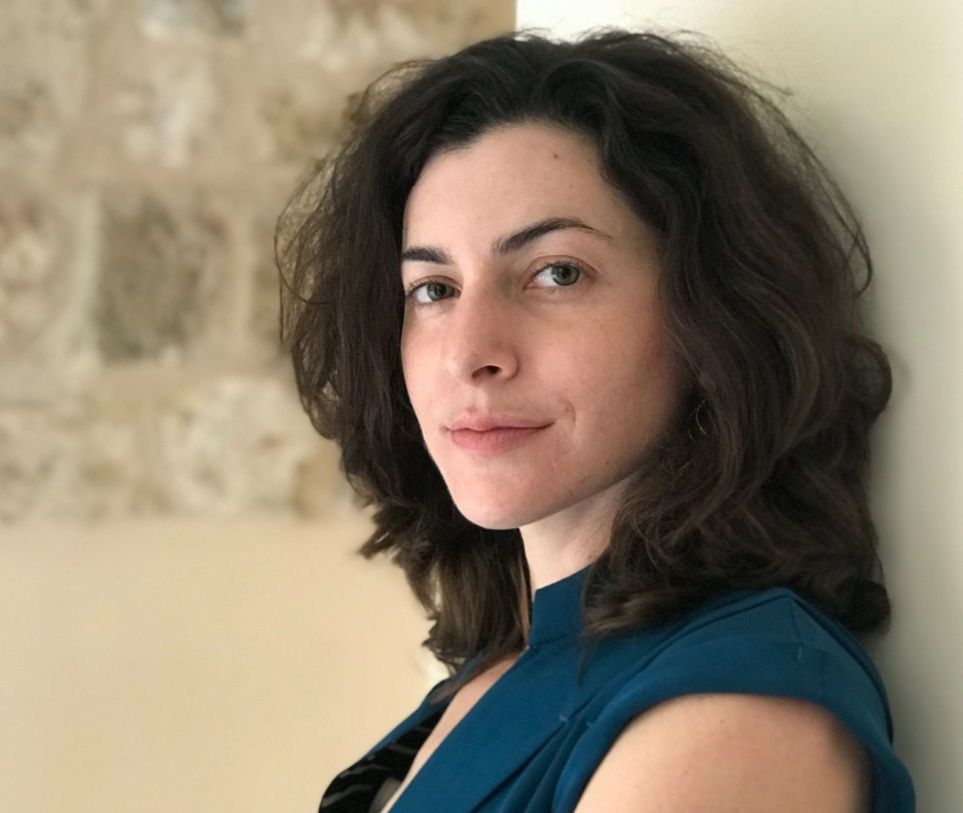 What about Nataliya Olshanskaya’s story struck you so much that it led to writing this film?

When Nataliya told me her story I was impressed by two main things: The first one was realizing that Nataliya didn’t grow up Jewish and didn’t consider herself Jewish and still she had the right to join the Birthright trip and immigrate to Israel. This realization made me ask myself why Israel still finds it impossible to solve our political problems and offer citizenship for the non-Jews already living in the country, but at the same time encourage immigration of non-Jews from abroad. The second thing that amazed me was the fact that the Birthright trips are officially trying to encourage young men and women to get together in order to prevent inter-religious marriages abroad. In these trips there’s a sexual atmosphere that clashes with the weighty Jewish and Zionist content and this clash is a great ground for comedy. The possibility to question our identity, ask political questions and at the same time keep a light humoristic atmosphere, was my main attraction to this story and world.

What is Repatriation and what about the program causes you concern?

The repatriation is actually “Aliya”. It is the possibility that is given for any Jew or anyone that has at least one Jewish grandparent, to immigrate to Israel and get Israeli citizenship. I am not concerned at all about people coming to live in Israel. I am just trying to shed light on the fact that even the people who repatriate are not always compatible with the Israeli identity and ethos, so perhaps we can open up our identity definitions in order to allow all the people who live here to be equal citizens.

Where is the place you filmed and what goes on there in everyday life?

We were shooting in a desert camp for tourists called Han Beerotaim. Normally it is a quiet and beautiful place for couples and small groups to stay for a few nights. This place used to host Birthright trips as well.

How did the climate impact the shoot?

Shooting in the desert at winter was a big challenge. On one hand it was our only option because in any other season it would have been too hot, but on the other hand, it was harsh. Almost all of our scenes were exterior. During the day, the sun burnt us and the wind blew our lighting equipment away, and during the night it was absolutely freezing. We all had to be very resilient.

Why did you decide to use non actors in the film and how did that impact the story?

From the very beginning, I wrote the script inspired by Nataliya and she was very much involved in the development of the story. Therefore it was only natural for me to ask her to play her own role. Later on I was auditioning actors and non-actors and in the end the cast was mixed. The non-actors such as Nataliya and Roman Gudovich, contributed a lot to the script and the characters. We rewrote some of the dialogues and added to the script biographical facts from their lives.

How challenging was it to find non actors who could act and how did you go about casting?

I was auditioning many young actors and non-actors for this film. Because everyone who came to the auditions was a Russian speaker, I got to hear many immigration stories during the process. At one point, I felt that the auditions were becoming a space for research and I collected many ideas and feelings from these interviews. Finally, I chose for the main roles those that seemed to me the most natural for their parts, that they just have to bring themselves. And the rest were invited to come along as extras and act as the group members. I feel that the cast was so talented that my main job was just to cast them. Later on they really shined in the shootings.

Of the cast, who has continued in the profession? How are they doing?

Both Nataliya and Roman that were acting in the film for the very first time, decided to continue and pursue an acting career. Unfortunately things are moving slowly for them since the covid-19 pandemic has stopped most activity. I deeply hope that they will manage to continue in the industry since they are both brilliant natural actors.

What feedback have you gotten from Birthright or other interested Israeli parties?

The Birthright-Israel organization watched the film and had a meeting with me. Generally they were supportive and felt that I was touching on important matters but were worried that the criticism in the film might harm their image, especially if I continue to do a feature film on the subject.

I didn’t try it myself 🙂 there was no time.

You stated that “If the government is offering citizenship to non-Jews from outside of Israel, why not give citizenships to the non-Jews that already live in Israel.” What do you think the answer is to this question?

Israel has a built-in conflict in its very essence – how can a Jewish state be a democratic state when not all the citizens are Jews? This is why Israel is in a constant demographic struggle, trying to maintain a Jewish majority, not giving citizenship to the Palestinians that are living under occupation and encouraging immigration of Jews from abroad. This is the reason why descendants of Jews who are not Jewish, can get citizenship, and non-Jews living in Israel can’t. What I am suggesting as a filmmaker, is to realize that our identity as a Jewish state is not as hegemonic as we think it is. The Israeli identity is not only a religious one and perhaps this understanding can allow us to reconsider the way Israel is dealing with its political conflict.

What was the challenge of communicating with actors whose first language is Russian?

All of the actors speak perfect Hebrew so we had a common language to work with. I had with me a great Russian assistant that filled in the gaps in moments I got lost in the dialogues.

What plans do you have for turning Birth Right into a Feature Film?

At the moment I am developing the feature film which was selected for a writing hub in Israel and the Cinefondation residence in Paris. I am planning to create a road trip movie that will cross Israel from north to south, go deeper into the personal journey of each character and reveal more about the different perspectives of the participants of the trip.