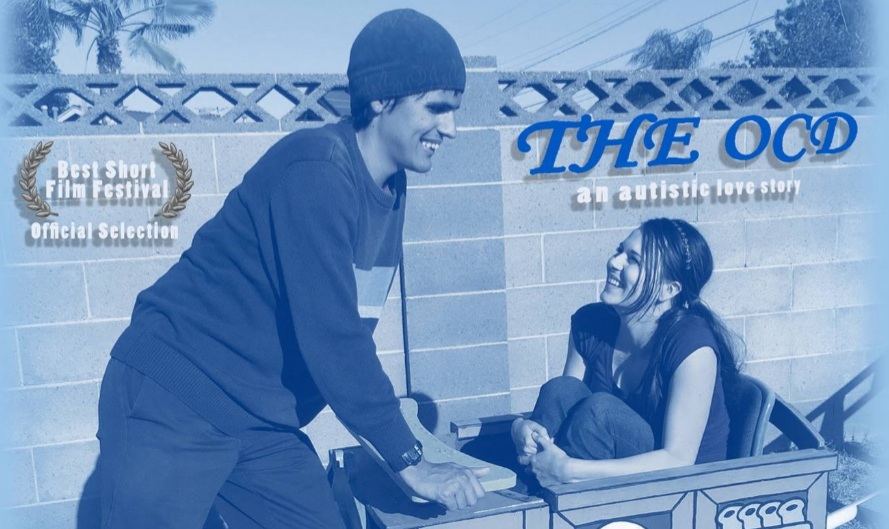 Since 2000, the autism rate among children has tripled, and according to The OCD, Orange County has the highest percentage of students with autism in the nation. Unfortunately, the film has more troubling statistics. Seventy-one percent of those students will be bullied, and Scott (Scott Matthew) knows the feeling. We get a look at the cruelty in a 22 minute short film also written, directed and produced by Matthew. But more powerfully, the film really takes the issue from the positive side and gives us a basic starting point to address the problem.

“I may be a bit strange but we are people just like you,” Matthew lays it out without sounding preachy.

The actor would know from personal insight. He describes himself as having “high functioning autism,” and conveys an awkward, kindness that is hard to resist.

The filmmaking style has a similar affect. An almost B-Movie like campiness playfully reminds us of Scott’s “strange” predicament, and the simple keystrokes of Andrew Rodriguez’s piano score reinforces the point.

Of course, anything that is off eventually runs into problems, and with high school and community college as the backdrop, it will likely be sooner than later. At the same time, knowing he’s a bit strange isn’t a protection for poor Scott.

An awkward wave to Mandy lets us know why. Graciela Rodriguez twitches her upper lip and gives Scott a mean girl look that returns high school to us like a bad dream we can’t forget.

Even so, Scott can’t allow his urge to always help override the good sense to stay away. So Mandy unloads. “Get away from me, you – creep,”

Matthew’s pained and personal response doesn’t do our memories any favors either. But The OCD isn’t trying to guilt us into being part of the solution, and in Bri (Ashley Cordelia), we are introduced to the way forward.

Despite Scott’s unusual approach, Bri chooses to elevate his kindness over his interpersonal quirks. Thus, Cordelia’s performance comes across as completely unpretentious, and since there isn’t a hint of talking down to Scott, we see how easy it is to do the right thing.

But as stated, “we are people just like you,” and Bri is a pretty girl. Scott makes his bid, and she agrees to spend time with him. Innocent and endearing, we’re not at all shocked when the time together doesn’t turn the young man into George Clooney.

Of course, he’d be much harder to root for then, and Bri probably wouldn’t like him as much. Even so, Scott has got some pretty good moves of his own, and Cordelia singing and composing the film’s accompanying song certainly gives credence.

“50’s Romance,” goes right with the era, and along with the heartfelt reactions from Cordelia, a magical, innocent hope comes across. But now or then, the soundtrack never guaranteed we’d ever get out of the friend zone and an answer must come due in The OCD. This isn’t Valley Girl, though, and the highs and lows of a romcom isn’t what this film is about.

So Bri leads us again, and in the end, the baseline she provides is what we all want. Honesty, decency and respect – who knew – and this love story is sure you can deliver.

Since 2000, the autism rate among children has tripled, and according to The OCD, Orange County has the highest percentage of students with autism in