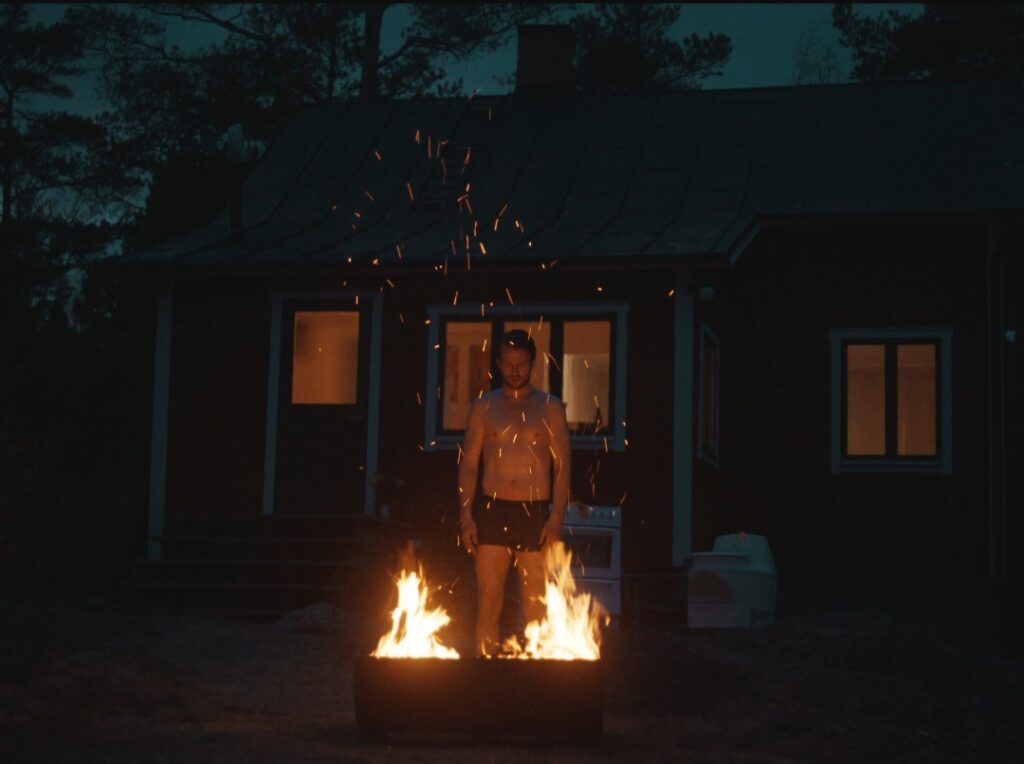 In Distressed, Nathan (Carl Ingemarsson Stjernlöf) has a good job, a loving wife and a precious little daughter. He has chased these fundamental goals all his life, and now at the destination, the race still seems far from over. “What if I haven’t been running fast enough?” He questions his whole existence. Still, the 15 minute short by Martin Sandin does examine more than the hamster wheel many of us land on at midlife. However, the drama pulls up short of exorcizing those demons, and while a moving digression into this lost father, husband and soulless businessman, Distressed looses some of its steam for not unraveling the problems at the root.

The setting is a secluded cabin in the woods where Nathan has always gone to address his emptiness. So remote is the escape that the birds and the rustle of the wilderness struggle to be heard. In fact, other than the sounds Nathan makes with his voice and movement, the complete absence of background noise that Sandin presents reinforces the main character’s plight. There’s a vast void inside and the chasm between him and those who should matter most is just as wide.

Nonetheless, Nathan hates his suit and needs a change. Unfortunately, the elusiveness of a solution also has him spinning his wheels to nowhere. On the other hand, a phone message from his daughter Francis (Elora Schaff) makes the way forward seem simple.

“Why is work so important to you?” little Francis implores, and Schaff’s powerful delivery sounds like the voicemail could be sitting in our own pockets. Innocent and wanting, the tone demands that the world see this adult complexity through the eyes of a child. That said, the grown ups in range can easily acquiesce to Francis’ plea, because we can be just as perplexed by the mental anguish of others.

Nathan’s wife Angie (Malin Barr) is no exception. In communication by voicemail and phone, Angie’s limits have been sorely tested, and Barr does an exceptional job of balancing the frustration against the more inherent traits of understanding and caring. However, it’s doubtful that Angie comprehends the source or even knows to seek out Nathan’s past to help him.

So in this, we hear the voiceover words of a father who long ago failed his son. Yeah, the scenario is pretty cliched. But the darkness Sandin casts over each scene – even in the light of day – helps signify that the sad, recurring story should never be dismissed.

The monotone score that sounds like it’s searching for the light tells us the problem isn’t going away either. Of course, if the message is missed, the venom that Stjernlöf exudes at Nathan’s boiling point puts the pain front and center.

So as the promo material states, “can this man who succeeded in life but failed as a person change?” The Rx is pretty straightforward and the finale proves unremarkable. Instead, the strength of the film is found in the journey and acting as an identifier for the warning signs of something deeper. This makes Distressed definitely worth seeing. 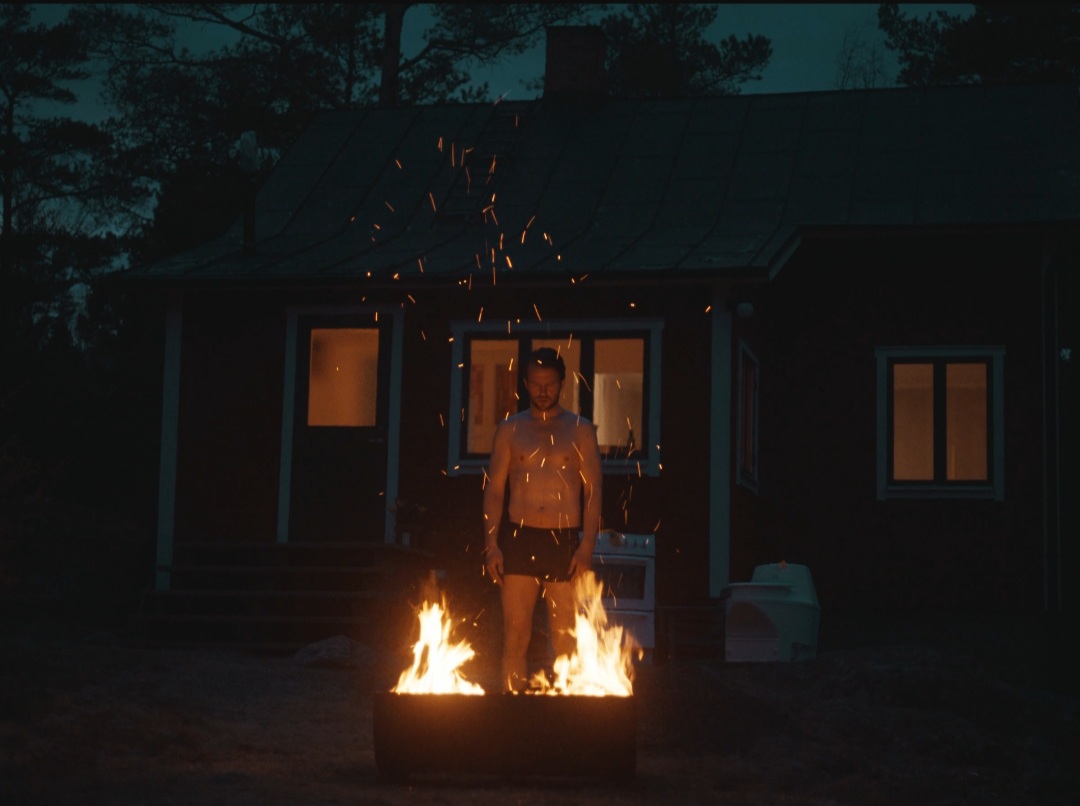 In Distressed, Nathan (Carl Ingemarsson Stjernlöf) has a good job, a loving wife and a precious little daughter. He has chased these fundamental goals all