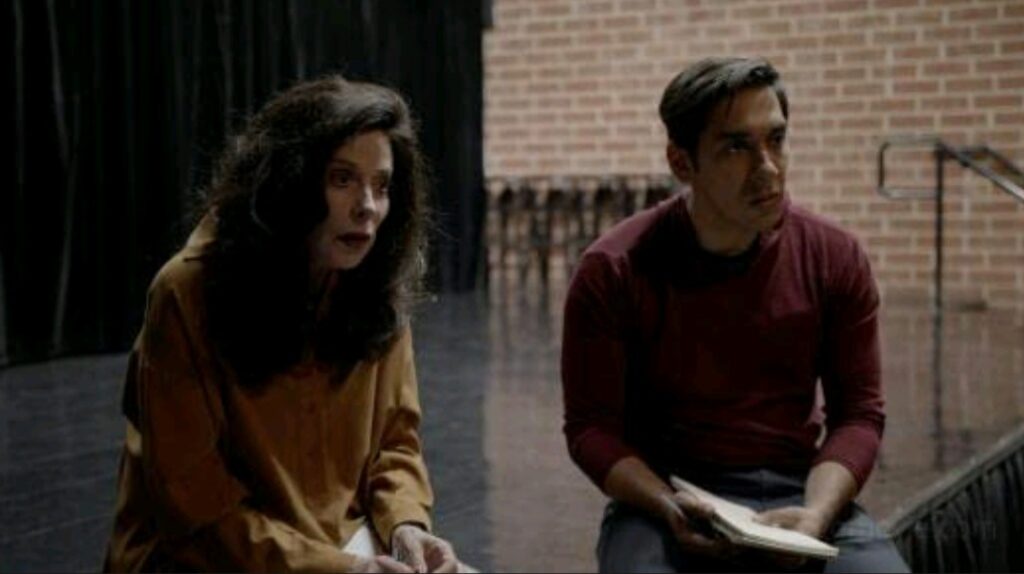 THE SHOW CAN’T GO ON!

The Show Can’t Go On! by Cherie Kerr is one daring piece of filmmaking. Setting itself apart, this comedy in Mockumentary form refuses to rely heavily on hitting punchlines and executing jokes. In fact, most of the dialogue probably doesn’t look overly funny on paper. But the feature magically finds a way to amuse and generate out right laughter over 86 full minutes.

Playing herself, Kerr is a burned-out sketch comedy writer/director, and a 40 year run is coming to an end with “Orange is the new Orange”. Not wasting any time, Kerr supplants the opening credits in full force. “One more time, from the top, let’s nail this fucking scene, God Dammit.”

Cherie has reached her limit, and there’s still 85 minutes to go. The comedy baseline has been established, and again, the words aren’t what delivers. In tone and temperament, the frustration, the grind and the futility comes across like Kerr’s actually living it, and the monotonous pluck of the bass guitar relegates her fate like a tune that you can’t get out of your head.

The score courtesy of Ryan Roberts, we learn the players are in prison for crimes of fashion. “You know we’re picking on the rich housewives of Orange County,” Cherie clarifies, “because they’re all into things. You know how they are.”

So the first table read is up, and the the opening exchange begins the process of removing the warts. Thus, the delivery by the five actresses feels like it’s being done on a treadmill, and a tension builds around the banter that drives the cascade to the point of laughter.

Of course, Cherie’s overbearing ways adds to the dynamic and leaves no room for the actors to hammer out the identities of their characters. “I just want to mention that I will be directing the show,” Kerr’s condescension singes the actors and the audience.

In accordance, the micro managing has Cherie firing the cast, and no shocker, the director still has plenty of teeth. Leaving bite marks everywhere, the actress hovers over the set like a mother devoid of patience and wears the lines on her face as a badge meant to blame her children.

Among the offspring, Mitch (Rich Flin) is too oblivious to recognize the neglectful matriarch. He runs around with his giant white teddy bear, talks everyone’s ear off and doesn’t remotely possess the sophistication required to deliver sketch comedy.

On the other hand, Flin understands the part he plays, and the endearing way the actor goes about exhibiting cluelessness puts Cherie in the position of accepting him as her special child.

Among the burdens that destine the director to an early grave, her haunt is very believable. The manner in which Kerr blankets the lunacy with her fears and frustrations gives a sense that all productions have components of the events taking place. Then adding in the intermittent interviews under the documentary form yields a hefty dose of reality and makes the viewer feel like they can leave off the “mock.”

Either way, the necessity doesn’t slow the rush to curtain time and the pace only picks up. All moving at a harried speed and the bass pluck accelerating in a manner meant to taunt, the camera work accentuates the time constraints by frantically bouncing from speaker to speaker. Almost like an alien being trying to make sense of what she is seeing, the camera becomes a character itself, and the searching pursuit helps fuel the comedy fires.

The purview then gives the cast the chance to pile on. Kendra (Georgia Leigh Davis), the understudy really stands out and plays perfectly by countering Cherie’s overreach. Unable to keep from interrupting rehearsal, Davis really sells the self importance in trying to hijack the director’s preeminence, and the wrath Kerr emotes brings down the house. “Go in the fucking parking lot,” Cherie marks her territory like the alpha dog she is.

Still, Kendra doesn’t go away, and therein lies the joke. The director has no control and through opening night, the disaster of the subsequent shows and the continuing turnover and tumult, the comedy radiates from the star and make this movie a can’t miss. 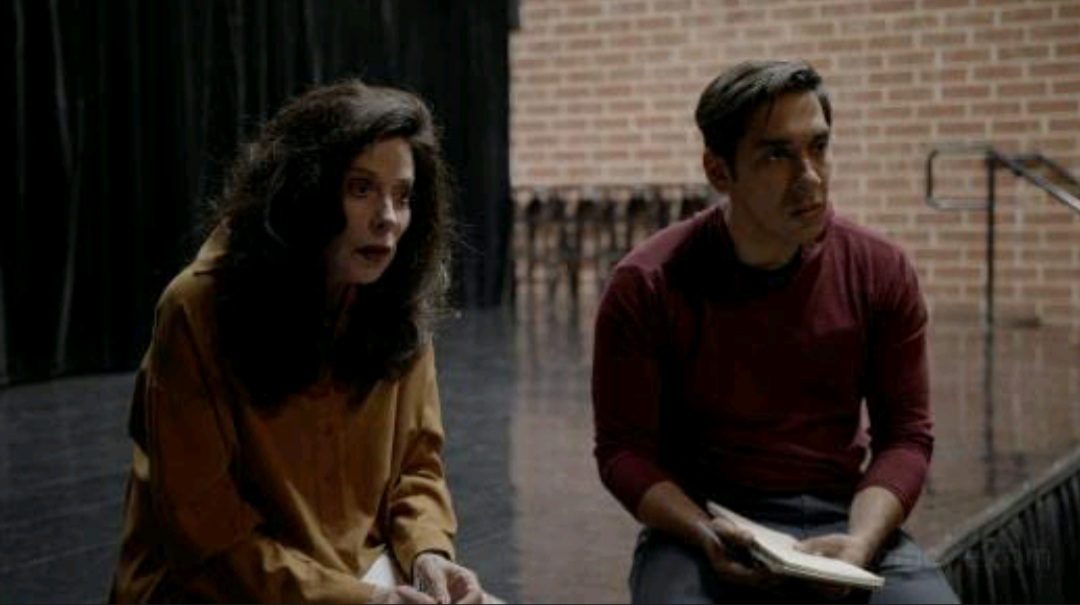 THE SHOW CAN’T GO ON!

The Show Can’t Go On! by Cherie Kerr is one daring piece of filmmaking. Setting itself apart, this comedy in Mockumentary form refuses to rely