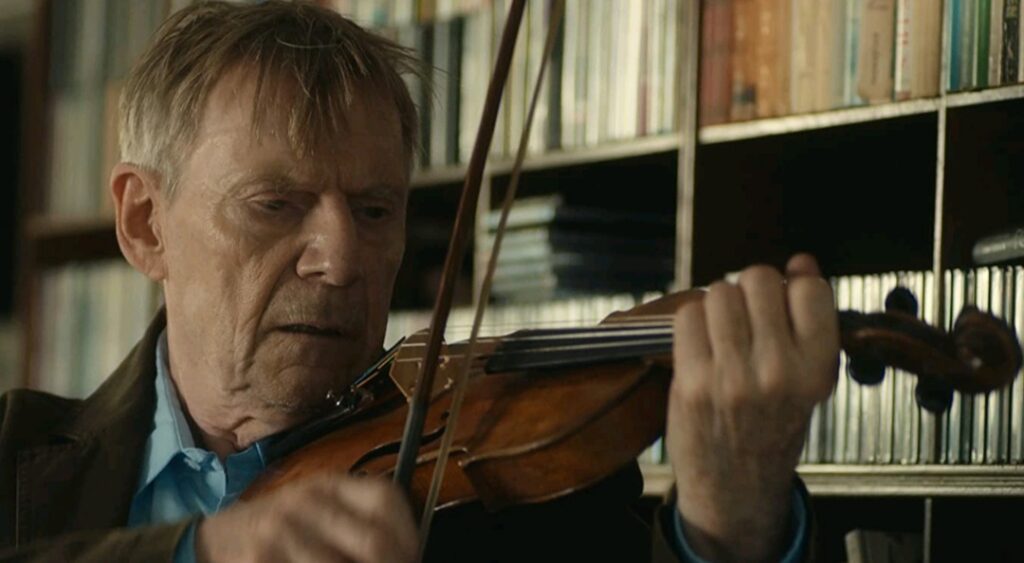 Before you meet a single character in Nicolaj Kopernikus’ Stenofonen, you meet the violin. The central characters in the film are Jorn (played by Jesper Christensen as an old man) and Louis (played by Næss-Schmidt as a young boy). The music itself is a character, along with all the joy that it can bring.

The film starts off with Jorn as an old man, repeatedly trying to play the same violin part for his grown son (played by Kopernikus), who quickly grows bored and asks him about a stone sitting on his desk. This simple question launches the flashback where we spend most of the story.

We learn that Jorn’s passion for music, and violin in particular, goes back decades. He practices his instrument eagerly when we first meet his 12-year-old self. The only thing getting in the way of Jorn’s happiness is his stern father (Lars Ranthe), who will not permit him to go off to summer camp with his beloved instrument. “You’re not talented enough to play for the others,” he tells his son. Næss-Schmidt is excellent as the young child who wants to express himself, and Ranthe is equally credible as the cruel father who values pride above all else.

Thanks to the cinematography of Henrik Kristensen, we feel the warmth of the Denmark summer sun when Jorn is at camp. Maybe out of boredom, maybe out of hopelessness, Jorn knocks two rocks together and produces a tone. This is all the young boy needs. Before you know it, Jorn has lined up a row of rocks like a xylophone (the titular stenofonen, or stonophone). A powerful moment in the film occurs when Jorn finds the final stone to complete the scale (C Major, we later learn). The film, despite its somber touches, is filled with moments like this. Pure ecstasy as we hear the final note for which Jorn had searched so hard. Instead of a detective finding the final clue, our hero finds the final stone. The stone has no magical powers per se, not to anyone, but Jorn.

An adult Jorn finally tries to overcome the voice of his father by bringing his invention in front of an audience: a small group of 30-somethings at a beautiful little park. They don’t know what to expect at first, but the old man and his invention endear themselves to the group. “Thank you for the music,” they say. A very powerful image occurs when both young and old Jorn stand side by side in the park. Their love for music transcends all else – even their pain. Næss-Schmidt and Christensen exude the quiet pain of the moment with effortless grace. The beautiful location and the beauty of the music transcend all. The acting of Christensen, the direction of Kopernikus, the music by Halfdan E, and the production design by Lasse Kjederqvist truly come together to create this unforgettable moment.

Stenofonen is a beautiful, yet tragic film. Father and son may never understand each other, but no soul is impervious to the magic of music. 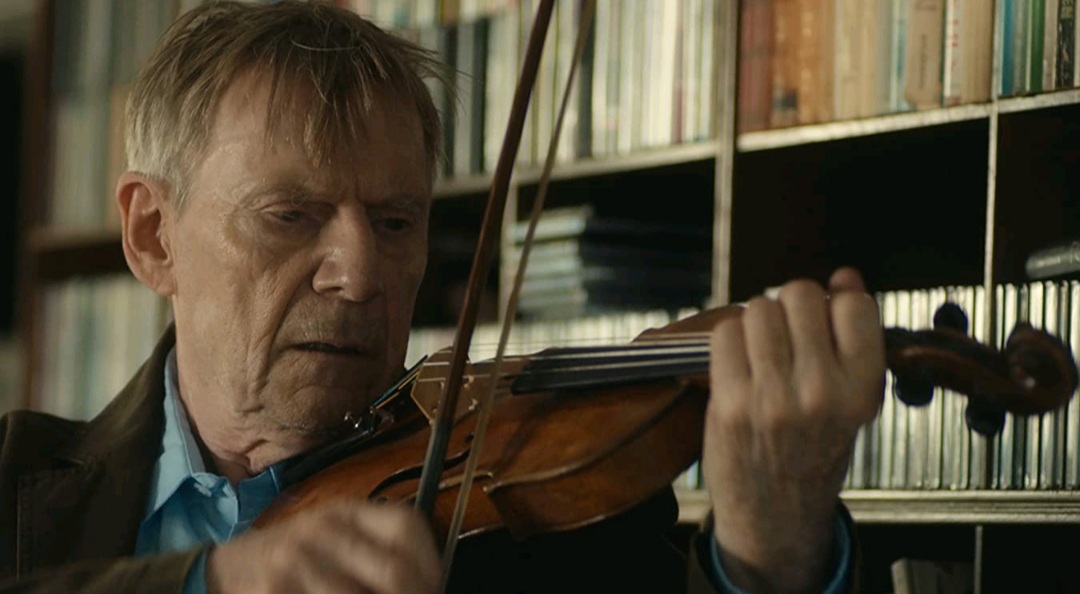 Before you meet a single character in Nicolaj Kopernikus’ Stenofonen, you meet the violin. The central characters in the film are Jorn (played by Jesper