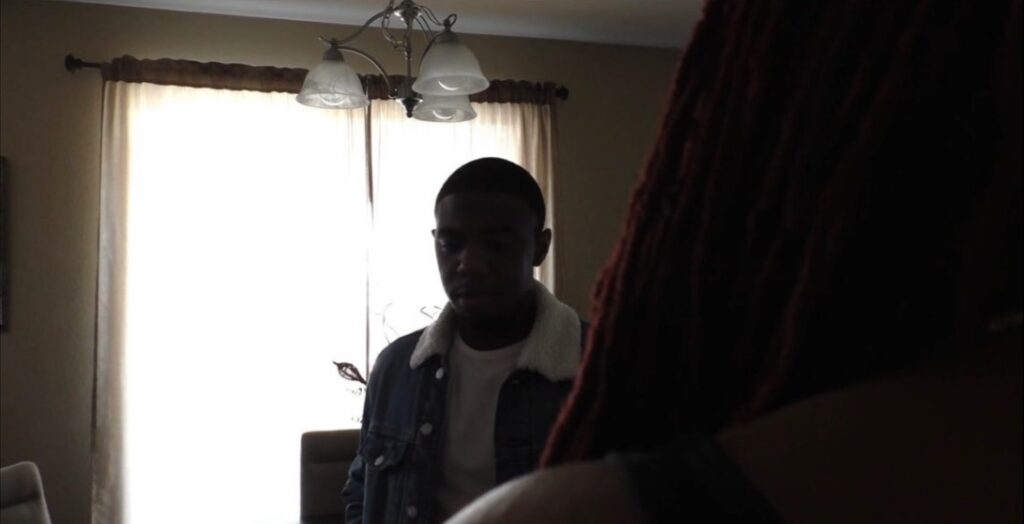 Ezekiel’s mother has cancer, and she’s getting worse. Bad enough, her insurance doesn’t cover the treatment she needs for a fighting chance. A drama that far too many Americans are familiar with. Two-thirds of bankruptcies claim medical bills as the cause. But when a rapidly deteriorating medical situation doesn’t even leave the room to consider a blitz on your bank accounts, how far would you go? Jalen Tellis poses the conundrum in his 26 minute short film At What Cost – and no matter the choice – the filmmaker implores that just asking means the price is too high.

The downturn in the mother’s prognosis is bad enough, and for Dr. Johnson (Tammie Prince), there’s no way to soften the blow. “You mother’s condition has worsened, and she might not survive,” the doctor informs.

The words are almost impossible for Ezekiel (Terence Blanton) to comprehend. “How did you let this happen?” he unjustly directs his anger towards the doctor.

That said, the expressive sighs, burdened slouches and labored body and facial movement brings you down with him. But the delivery of dialogue is much more neutral. Blanton strains to convey the pain he is feeling, and the acting void sucks some of the juice from the story.

Nonetheless, Ezekiel continues the line of thinking, but his irrationality is well founded. The woman that brought him into this world and raised him is very likely to die.

Still, treatment options that could better the odds are available. However, things are just getting started in terms of not making sense, and while Dr. Johnson’s delivery sticks to the necessary facts, she completely forgets that a human being is on the other side. “Your mother’s insurance doesn’t cover it. You’re going to have to come up with the money – $20 to $25 thousand dollars,” Dr Johnson is oblivious.

Unfortunately, Prince also comes up short. The words are there to convey the inhumanity of the character, but her delivery lacks the actual feeling.

Still, the power of the story carries the viewer and the impact on Ezekiel reveals in the next scene. His estranged sister (Chacadyah Prince) who abandoned him and his mother reemerges and offers to help with costs. In less dire circumstances, Ezekiel would be rational to not welcome his sister back and any help offered.

Instead, his altered mental state goes well beyond calling her out and refusing to accept a hand. In short, the cold heartlessness of the system’s financial prognosis began a transformation, and the reaction shows that Ezekiel has been stripped of his humanity.

The cinematographic framing of Tellis’ shots really rubs it in too. The closeups have the actors in an almost perpetual state of silhouette, while always having a bright light source nearby. Close enough to grasp, but for all intents and purposes, the chance for an illuminating outcome is well out of reach.

The foreboding score (Redemption, Music Secession, Studios Whitesand) doesn’t do Ezekiel any favors either. So with everything stacked against him, when a nefarious shortcut is presented, Ezekiel’s mindset is positioned to square the ledger without remorse and bear the cost for his mother.

Of course, Tellis deepens the cost at every turn and payment must obviously come due. So an inevitable path means the residue will be permanent, and whether it’s guilt, loss or regret, you don’t know which emotion comes through in Ezekiel’s final outburst. After all, a huge part of him has been sliced away, and we don’t know what’s left.

A balance sheet that the film doesn’t let us look away from, because if anyone is faced with such an inhumane choice, we all lose. 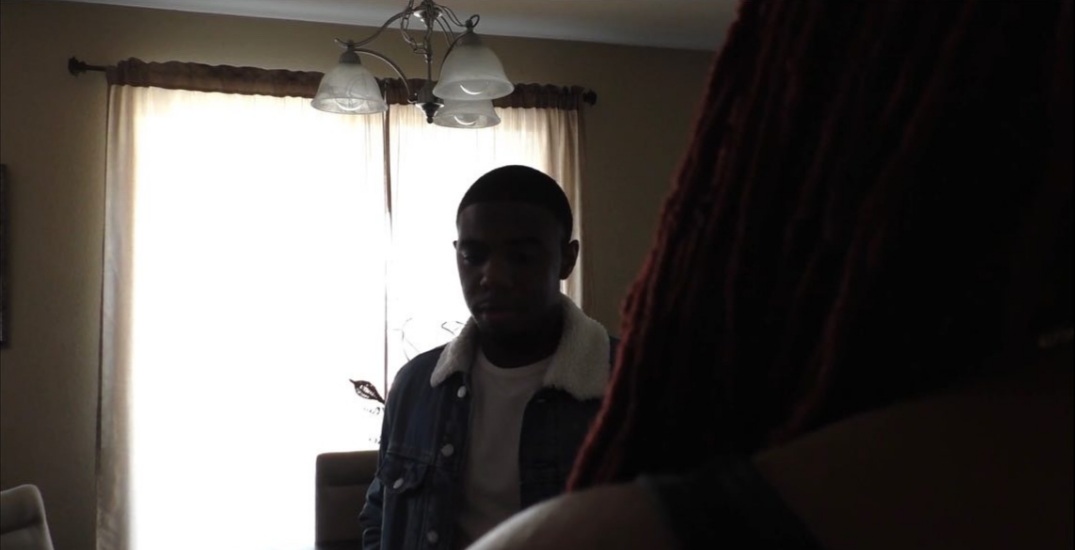 Ezekiel’s mother has cancer, and she’s getting worse. Bad enough, her insurance doesn’t cover the treatment she needs for a fighting chance. A drama that