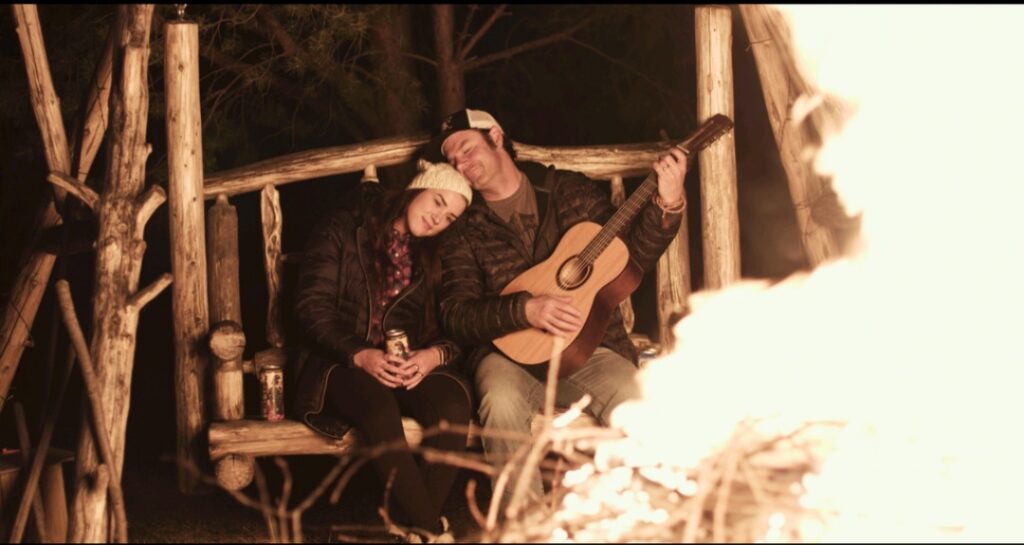 In February’s Dog, Nigel Loggins (Kevin Davey) and Dale Walders (Paul J. Chinook) live in Alberta and are grunt workers in the energy sector. At day’s end, the friends get some bad news in the 87 minute drama directed by Chinook and Candace Schmidt-Gonzalez. Someone needs to go, and low men, Nigel and Dale become expendable. But not to worry, their boss assures the layoff will be temporary. Whew, because these are the nicest guys you’ll ever meet. In fact, everyone in Alberta emotes kindness like currency. Sorry, the amiability is almost unbearable. However the paradigm of pleasantry is oddly compelling and actually forces the viewer to see where the upbeat traverse leads. A hook that eventually hurts and will leave you realizing how easily the world can unravel – no matter how much you think you have a handle on it.

That said, Dale remains in the moment and happily adjusts – especially in regards to the severance and newly found time off. “Yeah, don’t look so glum, you just gave us paid vacations,” he tells his boss. “I know I’m going to tear it up.”

On the other hand, Nigel is less optimistic. A little older and pragmatic, the fatherly caution that Davey conveys creates a baseline and is also meant to help keep Dale in check. “This could get bad,” Nigel’s plea falls on deaf ears.

But our concern is alleviated as Dale lays the news on his wife. He’s all carefree and his look on the bright side has his wife not looking too far into the possible consequences either. Given the man Dale is, she has no choice.

His campy humor and the way Chinook delivers the beats tell us he’s the kind of guy you’re going full speed ahead with – or completely going the other way. The fact that they are happily married tells us which, and the wife/mommy role that Quinn Teechma fulfills with her performance, warms the heart of every boy/man out there.

Once again, maybe too warm, and for some strange reason, it’s hard to turn away. The stock sounding musical score has the same effect and the lack of sophistication matches up perfectly with the early goings.

Then out in the bar with Nigel, more of the same follows. A very nice acquaintance named Jedd (Will Webster) comes through with a temporary job. “Ask and the universe delivers,” Nigel doles some very saccharin wisdom.

Next is Nigel’s birthday, and out on the town together, things remain upbeat in the Alberta way. So why shouldn’t the Walders go to Jamaica and Dale’s man-child ways completely deny that something could possibly go awry.

So the impending doom all teed up, the northerly setting sends the signal. On the heels of the Luis Gonzalez cinematography, the cold winds and the expanse of the Alberta wilderness starts to not seem so amiable. The uncertainty trudging on, now we can see more than the weather beating on Dale’s face.

He tries to keep up appearances anyway and his stunted adult development isn’t as appealing to his wife now. The same goes as his drinking increases and the pressure mounts with the strained financial situation.

Chinook and Teechma don’t miss a beat either and the audience descends in kind with their transformation to the dark side. The same goes with a downturn in the music, which has switched gears to a melody in search of something very ominous.

Of course, Nigel is struggling too. But he is more above the fray and not just because he does have a little work at his disposal. The even keel Davey exudes throughout his performance reveals the reason. He’s much more in touch with his emotions, and still open to others, his selfless offer to help Jedd through a difficult divorce drives home the point.

Jedd proclaiming he’s a “big boy who can take it” sends up a flare, and for our purposes, the warning shot is essentially pointed at Dale. A big boy in his life’s approach too, he’s manned-up by laughing through life.

The defense mechanism has served him well, but in the face of a real crisis, he has no way to find his own inner strength. More importantly, Dale lacks the ability to seek out others who might help him tap the light.

So completely in the dark, the film comes a long way from almost pushing us away with its congenial banality and with good reason. If the difficulties faced by the easy going people in this film can stretch human limits, the same could happen to anyone – especially if we don’t know how to rely on each other when life becomes untenable. 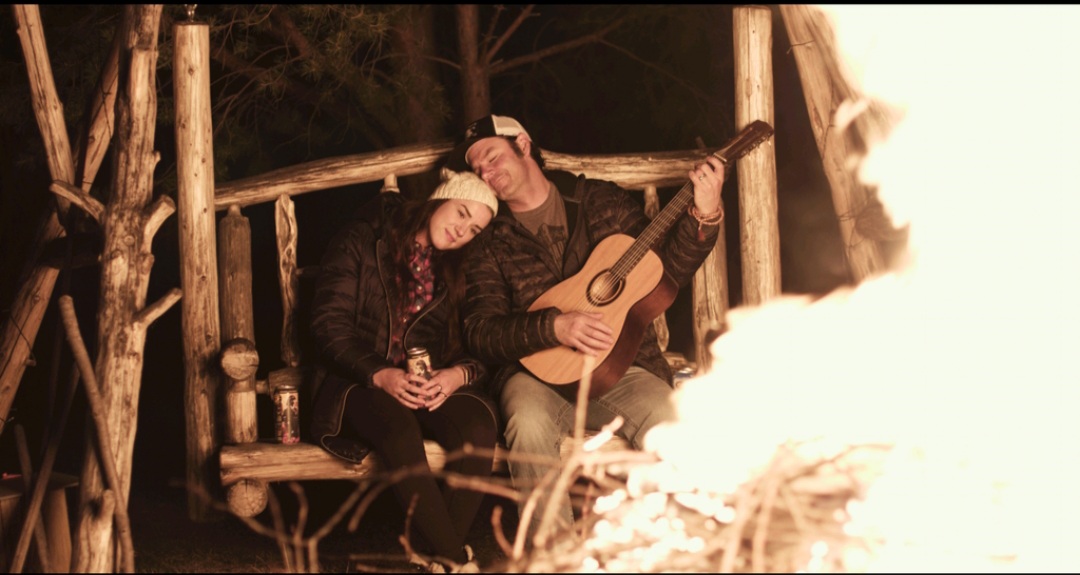 In February’s Dog, Nigel Loggins (Kevin Davey) and Dale Walders (Paul J. Chinook) live in Alberta and are grunt workers in the energy sector. At