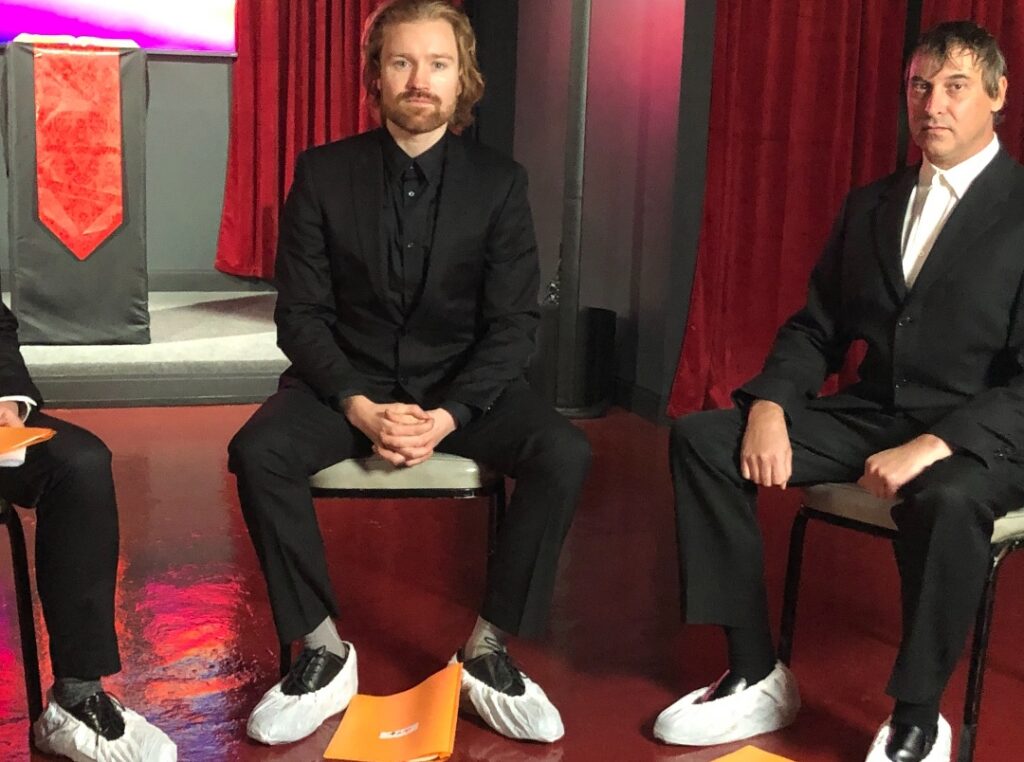 Chris Vaughn’s short and feverish The Fifth Chair is the definition of a missed opportunity. It deals with heavy subjects ripe for exploration, like the Church, faith, religion, sects, our devotion to specific interpretations of God, and the Gunpowder Plot of 1605. Its visuals look great. Yet the non-narrative doesn’t amount to much and the film is further hindered by an amateur cast and poor dialogue. Vaughn’s passion is palpable but for what, exactly, remains a mystery; it’s a frustrated yelp into the void, absent of much coherence/logic or clearly defined themes.

A sect that calls itself a ministry sits around in a castle-like church, contemplating another 5th of November. The four of them – Baptist Bill (Chris A. Wargo), Thomas (Derek Alberti), Matthew (Michael Pate), and Greg (Peter Sansbury) – idolize Guy Fawkes, even chanting, “Remember, remember the 5th of November.” The men occasionally get served Sprite in plastic cups by Jessica (Sini Hill). They face the empty titular chair.

That chair is reserved for the unsuspecting, plaid-shirt-wearing Randy (Jason Schlaman), who stumbles in with beer and pizza, having seen their ad for a new recruit in the paper. The young man nonchalantly delivers his version of a section of the Bible to them. “Y’all have an extra Bible for me?” he inquires. Indeed, there’s one saved for him, the “16:10 version”. But, as Randy’s informed, “Before you study, you must dance, to loosen up.” They all start dancing silently.

The film goes all Eyes Wide Shut, involving lots of candles, masks, and a loud choir, throughout which Randy is drugged. Next thing he knows, he’s getting reprimanded. “You came in here with your beer thinking you could convert us to your ’16:11-only’ cult?” one of the sect members rasps at him. The film ends on a head-scratching note – but then, let’s face it, the entire thing is a head-scratcher.

Production-wise, Vaughn and his crew display a real filmmaking knack, for the most part. Alex Gray’s cinematography is crisp, well-lighted, basking the proceedings into an existential murk; his shot composition is impeccable. The choir musical score is foreboding and epic if verging on overly grandiose. The film’s editing is similarly sketchy, cutting outside at odd points, with several off-putting quick-cuts to disparate footage. The parallel between COVID masks and cult masks is somewhat clever but unexplored, as are most of the themes the film touches upon.

What, exactly, is Vaughn attempting to say here? Is this an indictment of organized religion, or cults, or the myriad of ways God’s text can be interpreted? The plot seems disconnected, with no clear character or beat progression and little tension accumulation. The pandemic keeps getting brought up for no apparent reason and to no effect. The acting leaves a lot to be desired, the cast reciting shoddy lines as if they just learned them, like: “Separatism has become extremely inviting to our people,” or “Women seem to struggle with the fear thing a bit. It’s irrational though.”

Perhaps if Vaughn sharpened his vision, introduced a real catharsis to his cinematic religious exploits, provoked more fiercely with nuance and wit, then he could’ve had a gem on his hands. Or, he could’ve totally gone the other way and turned his film into a psychedelic religious experience, with imagery that speaks for itself and no clear running thread. As it stands, The Fifth Chair is neither here nor there, falling between two chairs. 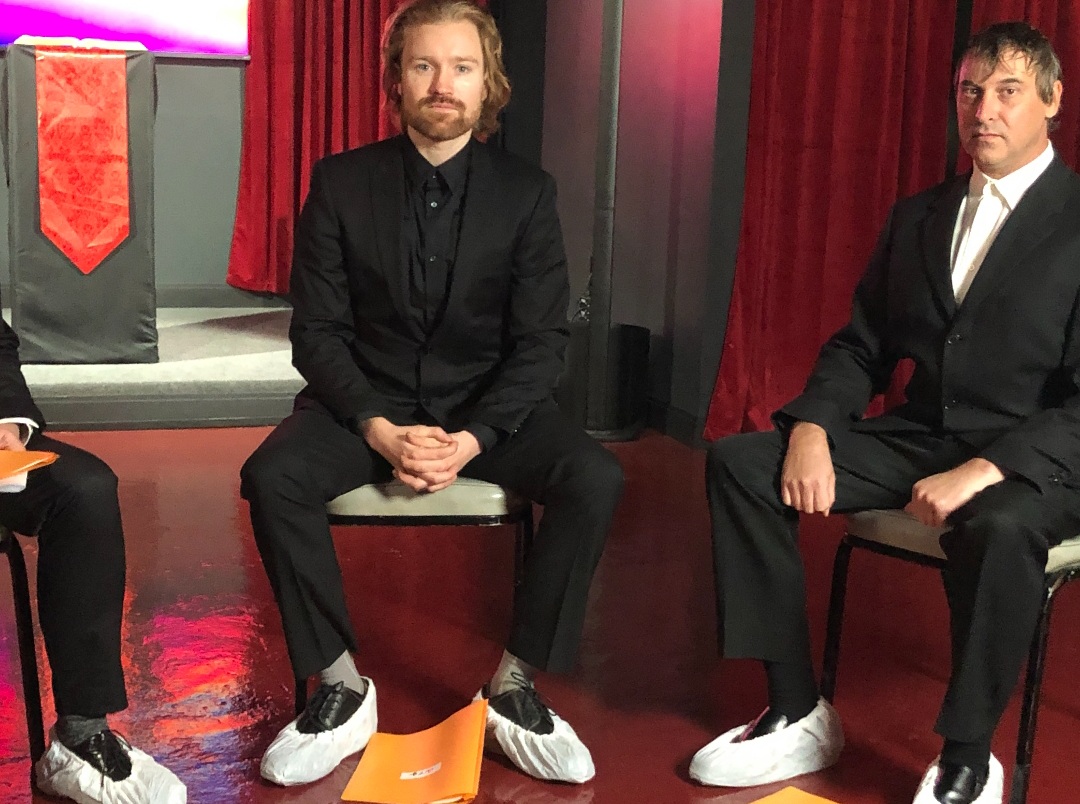 Chris Vaughn’s short and feverish The Fifth Chair is the definition of a missed opportunity. It deals with heavy subjects ripe for exploration, like the