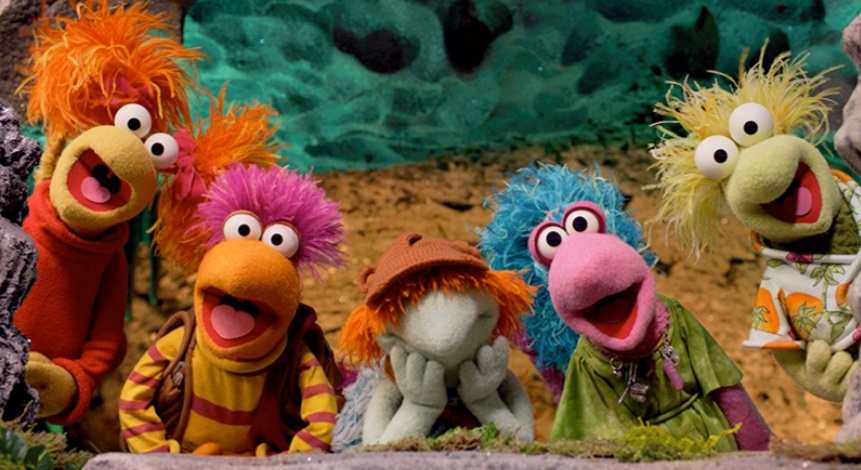 THE MAKING OF THE GREAT MUPPET MURAL

It’s been a while since Jim Henson left us, but his work and a whole host of his fan artists are far from gone. One of the ways they carry on is through a site called ToughPigs.com. Founded in 2001, the site became a way for fans and artists to stay connected and keep tabs on the ongoing creation of Henson inspired art. So plenty of momentum behind them, 75 artists/Muppeteers took the occasion of ToughPigs’ 20th anniversary to create a Muppet Mural, and the journey has now arrived in Dave Hulteen Jr’s new documentary called The Making of the Great Muppet Mural. A worthy journey that features over 270 characters – your enjoyment will still probably come down to how much a fan or Tough Pig that you are.

ToughPigs got its start from a fan artist/writer named Danny Horn. He got online in the 1990s and realized how many Henson followers were LGBTQ. As such, Horn also came to understand their frustration in terms of the lack of progress on gay rights. As a result, Horn wrote a book called Gentle Frogs and Tough Pigs and delved into the queer history of TV’s favorite puppet characters.

From there, Horn created the blog, but he eventually broadened the tent for all fans. Over the years, the umbrella allowed the fan artists to congregate, and by association, the idea for a mural sprouted from a podcast with the Barretta brothers.

Bill Barrretta, a former Muppet performer, and Gene Barretta an award winning author/illustrator, invited four fan artists onto their show. All among the interviewees in the documentary, they were James Carroll, Stuart Reeves, Kenny Durkin and Dave Hulteen Jr.

So among the banter, Gene brought up the online drawing parties he would have with others and suggested the group do a virtual get together of their own. “I’ll just start a drawing. I’ll email it to one of you, add something, just go down the line over this week, and we’ll post it.”

The group went ahead, and a synergy was formed. Thus, Carroll was then the one who dreamed bigger and together the quartet pitched the idea of an online mural to Joe Hennes, who is now the owner of ToughPigs.com. He accepted, and the process of laying out the specs began.

The documentary then brings us the details in a very casual way. In narration, Lucas Ross is non-imposing with an air of childlike, optimistic endearment. And the non invasive Amanda Duncan twang that accompanies the discourse seems to say, “we are grownups but haven’t forgotten the childhood wonder that brought us into Henson’s orbit.”

All set in motion, we are taken on a journey in which the fan artists line up to take their place, and with the fanciful artwork spliced in, we get a very congenial interaction. No effort to doll themselves up either, the laid back t-shirts, hats and bad haircuts almost makes the retelling our own.

At the same time, the interviews are divvied up in a way that aligns with the project. No one ever in the same room, the zoom feeds help imply how the artists did their work from their separate corners before technology and human perseverance got all the work on the same web page.

Of course, the bumps along the eight month road are traveled, and the ultimate unraveling are taken on one by one. Yes, the details are moderately interesting and uplifting, but the focal point of individual enjoyment really comes down to a quote early in the movie. “We all have healthy egos,” Carroll freely admits.

The participants are more than happy to pump themselves up, and being the accomplished artists that they are, the self accolades are deserved. So it doesn’t matter that a large part of the motivation is directed back at this themselves.

Their fellow followers probably love the digression and rejoicing in the camaraderie, which is an honor that no one should take away. So knowing who you are, you’ll either be somewhat bored by a Kermit clique talking about a picture they drew – or thoroughly enjoy reliving a cherished part of your childhood that persists into adulthood.

THE MAKING OF THE GREAT MUPPET MURAL

It’s been a while since Jim Henson left us, but his work and a whole host of his fan artists are far from gone. One