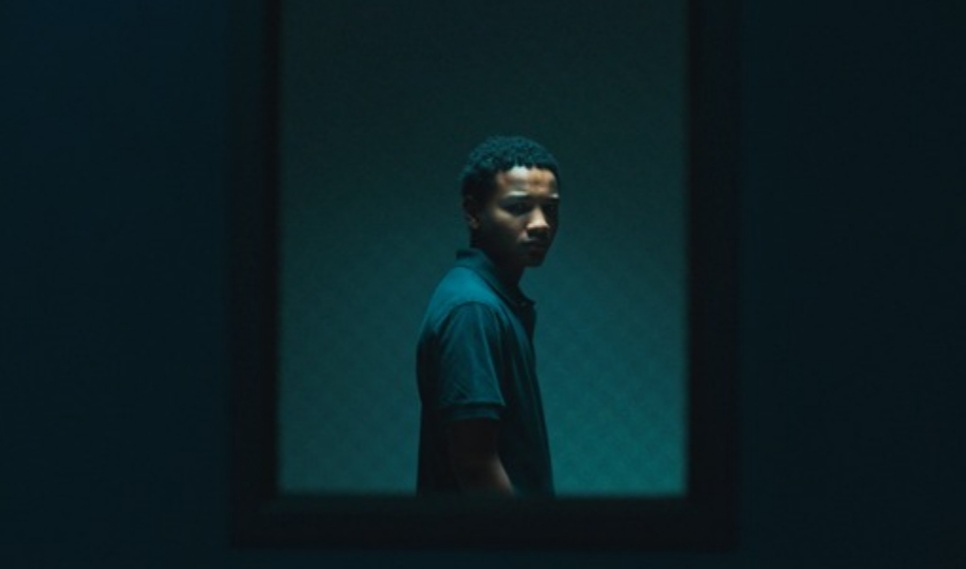 Writer/director Josh Leong’s Chicken is a near-perfect short film that’s both subtle and supremely ambitious, quiet and heartbreaking, and relevant without resorting to speechifying. Dealing with hefty subjects like crime and punishment (Dostoevsky would be proud) amongst juveniles, but also fatherhood, and authoritarian suppression of potential, Chicken introduces a deeply confident filmmaker whose succinctness and poignancy is bound to take him places.

The titular chicken, for example, represents several things. When sixteen-year-old Shrue (Jordan C. Biggs) ends up in a juvenile detention center, he’s called a chicken during a basketball game. The silly insult (a sly Back To The Future reference?) touches a nerve, provoking a violent reaction. But there’s also an actual baby chick, whom Shrue – a father facing a loss of custody over his baby – ends up raising, and therein learns how to be a good, gentle father, despite his own traumatic upbringing.

It’s a vicious circle: abusive fathers lead to easily-triggered minors, who then become abusive fathers. Shrue seems to have grasped some sense of morality in the film’s touching finale. There’s hope for him yet. But is there hope for his cellmate, the volatile, regret-filled, mega-talented writer Mel (Biorkys Acosta), who discards letter after letter of stunning prose, all meant for his own abusive dad? Is there hope for other kids of color that are in the same situation?

Part of the film’s beauty is Leong’s reluctance to provide easy answers; he only masterfully and subtly hints at some. What led Shrue to commit a crime? What crime did he commit? How long is his sentence? Will he get a second chance? Will Mel ever have the opportunity to showcase his talent? If I had to guess, the answers to these questions would be: trauma; it doesn’t really matter; probably long enough to scar him for the rest of his life; no; and no.

“Your dad ever teach you how to hurt somebody?” Shrue asks his counselor (Opal Besson), revealing a glimpse of a dark, deeply disheartening past. “Fathers beget fathers” is another line that resonates. Leong effortlessly explores the burden of a traumatic childhood, how young talent is suppressed by bad parenting, by an oppressive system. Tying it all together is Biggs, who provides a magnetic lead performance, anchoring the film in real gravitas, one usually attributed to someone well beyond his years.

If Chicken sounds like a message movie, it is. But it lacks the preachiness, sentimentality, and didactic nature of a typical message movie. Instead, Leong’s poignant short functions as a subtle meditation on a broken system that needs fixing. Great art poses difficult questions. It’s up to us to come up with the answers.

Writer/director Josh Leong’s Chicken is a near-perfect short film that’s both subtle and supremely ambitious, quiet and heartbreaking, and relevant without resorting to speechifying. Dealing