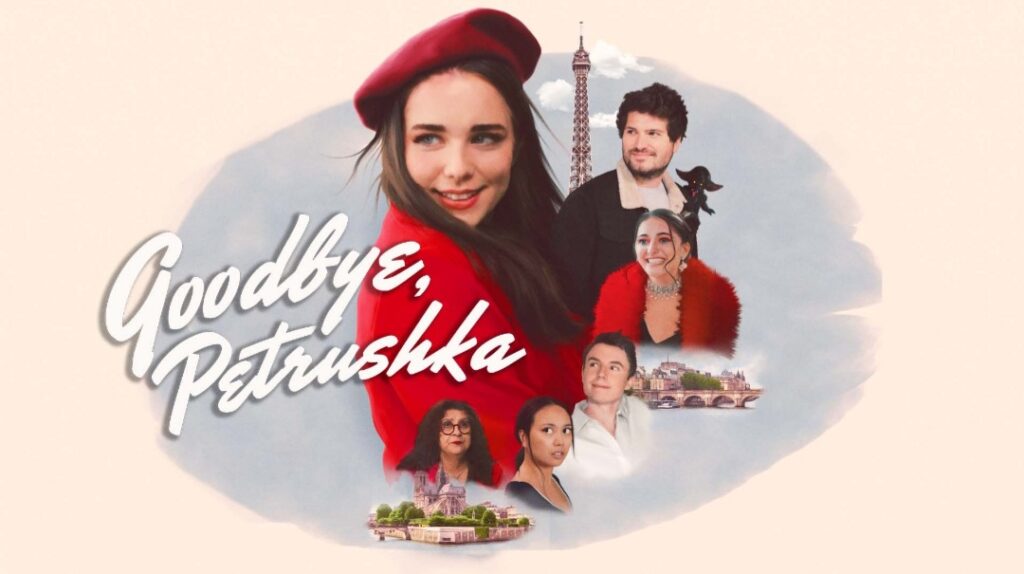 When it comes to rom-coms, a completely smitten young boy/man almost always gets top billing. He stammers about, doing all the wrong things – but in the end, he gets the girl, and everyone feels fine. So what about their female counterparts? Sorry Hollywood, and the boys who run it, they don’t see a need. Girls obviously hold all the cards, and suitors abound, things just work out. Well, apparently that’s not the case, according to Nicola Rose’s Goodbye, Petrushka. Girls are just as lost and slogging through the same morass. The 100 minute feature film proves that their romantic travails can make us laugh and cry as well as the boys.

Rose’s girl is Claire (Lizzie Kehoe), and immediately a tone is set by a myriad of musical arrangements. Under the arrangement of Lisa Brigantino, the childlike melodies sound like they come from a long discarded music box, and our own heartbreak and triumphs return as the fairytales they were.

No surprise, we begin with childlike wonder, and the sentiment is expressed through Claire’s passion for puppets. Alongside, she dreams of Paris, where the real Petrushka gave rise to France’s love affair with Stravinsky’s famous socks.

But the real world comes calling. The teen is studying film, and denying her passion, a way forward is typically elusive. The exposition on the other hand is not, and begins a procession of secondary characters who give the film its own separate heartbeat.

Enter Professor Steve, an all knowing professor. The over the top arrogance Dhane Ross exudes seems like it was injected in steroid form. He begins every sentence by referring to himself in the third person and condescends his students as if they are doomed to fail in the shadow of his greatness.

Thus, the academic fuels Claire to possibly pursue her fanciful dreams abroad. The actual engine arrives in the form of her friend Julia (Casey Landman). The actress portrays the flighty teen of privilege we’ve seen before, but Landman is no caricature. Straddling the contradictions of youth, Landman doles the dire consequences, while irreverently calling out the total silliness of the supposed drama.

Additionally, her ever-changing outfits and makeup regimen reinforces the duality. Still, Julia’s unconventional insight kicks Lizzie into flight mode, and the introduction of our love interest seals the deal.

A serendipitous meet in New York City, and Kehoe puts the boys to shame. Awe overcomes her in the face of Thibaut (Thomas Vieljeux), and her paralyzed glare cautions the tumult to come. Worse yet, Vieljeux’s soft spoken kindness and welcoming face has Lizzie’s big eyes beaming, and then connecting in French, running would probably be the best option.

However, she is spared when his ride arrives. But Lizzie has enough information to track him down, and as stalkers go, Kehoe’s cute naïveté lets us overlook the transatlantic infringement.

He has bigger fish to fry anyway. A figure skater who’s aged out, his imminent return home yields a soulless existence as a banker.

Nonetheless Lizzie must set up with a place to live in France, and the luny characters keep coming. First there’s Joëlle Haddad Champeyroux. With a limitless supply of wigs, she plays a series of bureaucrats, and each carries the stagnant helplessness of the French stereotype.

Up next is the family that Claire serves as a nanny. Mom (Marine Assaiante) and Grandmaman (Valeriya Korennaya) are wickedly savage in portraying French superiority and poor Claire receives the humorous brunt. No help either, Angelica Garson and Belle Henry ooze the cutting brattiness expected from such poor parenting.

Even so, the real victim is not Claire. Mark A. Baum plays the Dad, and he’s yet to learn a man’s place. So any prompt to speak is headed off at the source, and his frustrated expressions provide a master class in resigned submission.

We never forget we’re in France either. The ever present French sounding melodies ground us, and the production never leaving New York, the interiors that Omar Torres frames with his cinematography always give off a modest sense of proud democratic socialism.

Either way, Lizzie pursues her studies in puppetry and ensnares Thibaut to star in her version of Petrushka on ice. Unfortunately, the best laid plans. . .

Thibaut has a girlfriend, and Lizzie loses her twinkle. Piling on, Torres often goes closeup, and the enormity of Lizzie’s exasperation shines through Kehoe’s expressive eyes and pouting cheeks that are prone to puff. Her impulsive reactions aren’t quite so noninvasive, and Vieljeux’s restrained performance has us empathizing with Thibaut as the underserved victim.

She’s not completely lost, though. Thibaut’s journey to find himself remains important to the broken heart. So a crescendo must come due. But the climax doesn’t bind up in the formulaic manner in which Hollywood has conditioned us. And whether you’re a man or a woman, Goodbye, Petrushka gives us a send off that is as real as it gets. 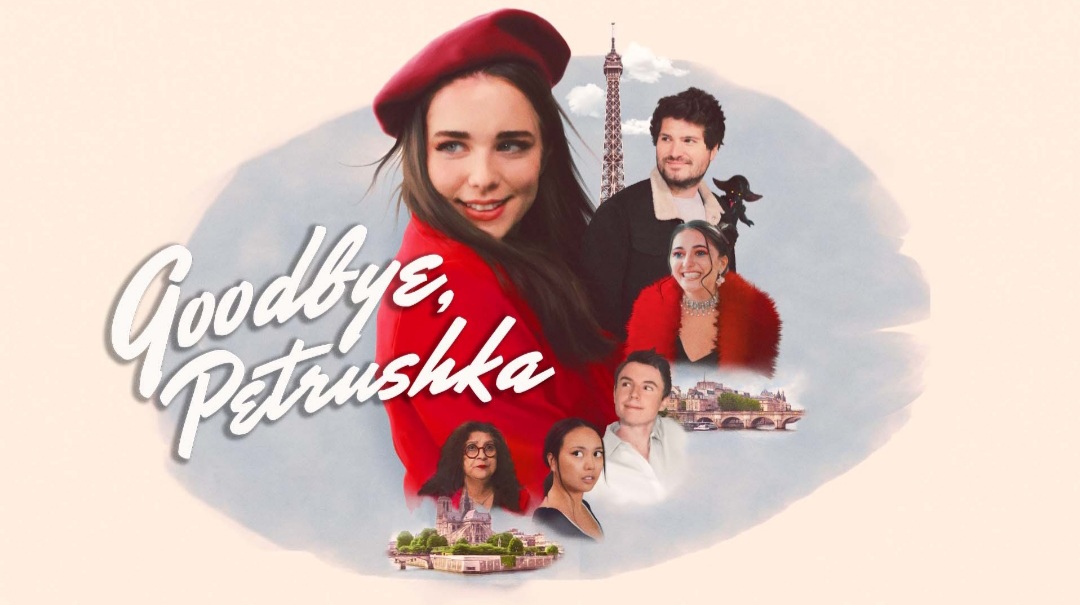 When it comes to rom-coms, a completely smitten young boy/man almost always gets top billing. He stammers about, doing all the wrong things – but