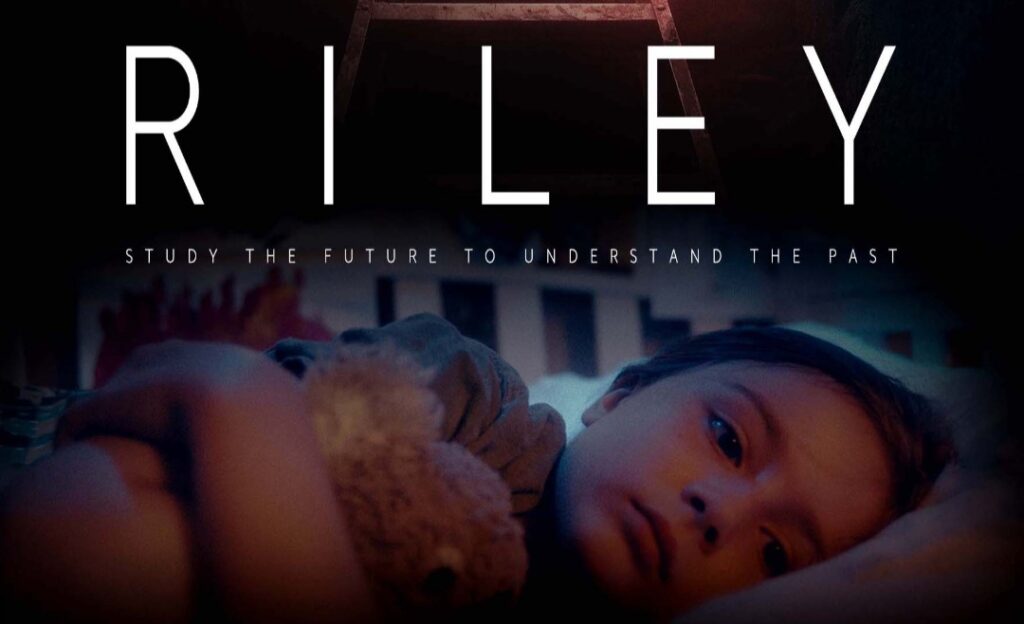 Living in a post-apocalyptic environment has become an immensely popular theme of films and TV shows. Riley, a 13-minute short film by Ben McHugh, taps into this trend but manages to create a believable and memorable mini-universe, using minimal settings and effects to tell an unsettling story.

The setting is an underground shelter. This makeshift cave turns out to be a basement with basic furnishings and supplies – for survival after some horrific event has wiped out civilization. It is a dark environment but with the darkness comes rich shades of blue and purple that makes the film visually stunning.

Riley is a 9 year old girl who lives with her father, Dutch. They have enough canned food to survive and Dad guides Riley in the acts needed to survive; such as going out at night to forage for supplies because it’s “too hot” in the daytime. Dutch schools Riley, instructs her in practical survival skills, and tries to keep up both of their spirits. Riley keeps up her own spirits with her sense of humor and her special private world. Her “best friend,” to whom she confides her hopes and fears, is her toy koala Katie, named for her mother, who did not make it into the post-apocalyptic world.

Riley longs to go out by herself and to live in the outdoors by day. Her dad tells her, maybe in a few years. Tomorrow is that long-awaited day when Riley and Dutch hope the world will be habitable again. They never use the word “apocalypse” and they don’t talk of what event caused their situation. Their lives are simply what they are.

While certain moments in the film evoke thoughts of other bleak survival stories, the relationship of Riley and her dad brings to mind The Diary of Anne Frank. How does a sensitive father, deal with bringing up a child when the future is so uncertain and the present so lacking in choices? Much of what we need to know about the father’s dilemma can be read in his facial reactions (director McHugh plays the role himself, with his real-life daughter Madelyn McHugh playing Riley).

This film has won several awards at festivals and it’s not surprising that Madelyn McHugh has won a Best Actress award. Her performance succeeds in conveying a lively child who longs to bust out and have adventures, but is also wise beyond her years, as she struggles with the grim realities. McHugh compliments her with his own wonderful portrayal of a man who tries to concentrate on the task of surviving, while lovingly teaching his daughter everything from Roman history, to spiders, while fighting his own inner despair.

There is one other character in this story, Katie, the mother (Kerri Romeo). She appears in a flashback that shows us what happened to her just before everything changed in the world. In the brief time that we see Katie, we regret, as Riley and Dutch do, that we don’t get to see her in their present situation.

McHugh and cinematographer Alice Millar are to be commended for shooting the film with lighting that conveys the darkness. Some films about dangerous situations and nocturnal settings tend to be visually too dark for viewers to make out the actors and the action. That tendency has been avoided here.

To pull the atmosphere together, James Vader has scored the film with sad minor-key notes on piano and strings, providing a minimal background of painfully remembered emotions.

If Riley brings a tear or more to the eyes of those who see it, it would not be surprising. The film is masterful in telling its story without obvious attempts to pull our heartstrings. The story is there in the faces and bodies of this father and daughter duo – and they simply do a superb job in winning us over. 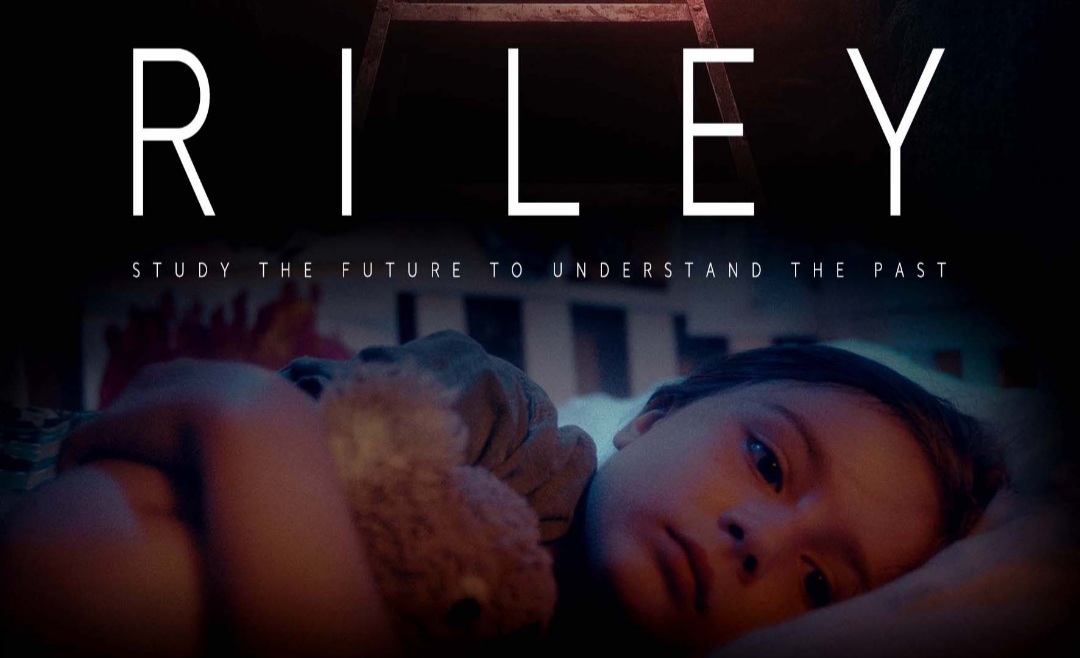 Living in a post-apocalyptic environment has become an immensely popular theme of films and TV shows. Riley, a 13-minute short film by Ben McHugh, taps