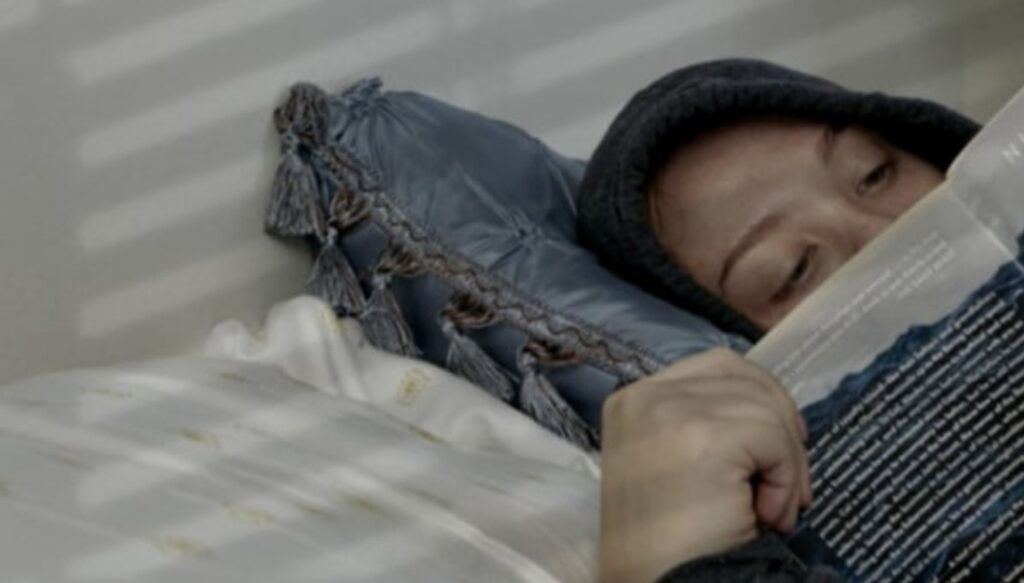 WHERE THE LIGHT ENTERS

Mary (Paige Sciarrino) is encompassed in darkness. An out of work, struggling actress, it would be hard to find a single actor who hasn’t felt the walls closing in on them at one time or another. Add in the necessity of filling the bill with the right touch of physical beauty, and careers always seem in a state of constant flicker. That said, a recent accident has yielded a scar on Mary’s face, and acting prospects are diminished even further. But blemish or not, Where the Light Enters shines a liberating light on any actor who has refused to be typecast by an industry that has no right to judge.

A 12 minute short by Sciarrino, the opening titling lets us know where we are going. “The wound is the place where the light enters you.”

At the outset, with the illumination entering through the window, the shade casts a dimming barrier, and gray is more the sentiment. Serious clutter implies that the sun is far from having an impact, and the ominous score tells us that darkness is going to have the upper hand.

In turn, Mary’s bedbound immobilization reinforces the capitulation. Under cover of a hoodie and the disheveled state of her blankets, the whole cinematographic setup by Alejandra Cedeno tries to act as a shield that pleads for protection from the perils of the outside world.

Her little bunker does seem to leave her impervious, though, and in another time, Mary would be safely cocooned away. But for better or worse, there’s is no escape from the invasive digital world we live.

A text message from her agent enters the enclave, and the opportunity presented is like rubbing salt into the wound. A vegan ad is casting, and the most important consideration is flawless skin.

Her face partially obscured, Sciarrino’s expressionless features convey the state of resignation she is stuck in. Of course in this case, the thespian knows the audition is out of her current element, but her clueless agent guilts her into lining up. So Mary obliges and Sciarrino’s labored rise and ghost-like movements has her character effectively playing a deadman walking.

Not quite break a leg, we find out Mary is not alone. In voice over (Bonnie Currie), Sciarrino expresses all her worst doubts, and drones on like inner voice comes right out of the central casting of Mean Girls. Judgmental, condescending and devoid of tact, the powerful force does the opposite of the opening words.

A foothold firmly entrenched, the invasive sounding imp locates the scab, and while any doubt has basis in reality, mean little Mary exploits the pain for the sheer joy of creating chaos.

In this, Sciarrino has the monologue pitched perfectly and has the audience listening like the musings are coming from inside our own heads. Then it gets really ugly.

The candidates gathering on the call, a lot of flawless and exposed skin cannot be missed. Thus, the young ladies project a willing participation in what feels like a pretty girl perp walk. Maria Alessi really conveys the sentiment. Bubbly and frivolous, the actress oozes complicity with the system and a lack of depth in the face of such long standing hypocrisy.

So standing in contrast to the ringleader and her adherents, Mary is the only one who realizes she’s biting off her nose to spite her face. Unfortunately, knowledge isn’t power.

Trapped in an onslaught of ignorance, Mary is still the outcast, and again, Sciarrino’s facial resignation looks familiar to anyone who has felt they don’t belong. She tries to keep it together nonetheless, and the sound design of Zack Pierson piles on with a deafening ringing in the ears. The dialogue overtaken, the resulting murmur feels like the walls are closing in, and a predator is about to be let in the room.

Enter the Casting Director, she doesn’t quite gnash her teeth. Sami Ma she sleighs with pity, and with a duplicitous look of care and politeness, Ma reveals to us a professional who is just another cog in the broken machinery.

This scar seared here is far worse than the real thing, but there’s no rising until hitting bottom. The industry gets the credit, and Mary sees the light. Nobody can make you feel bad without your permission, and no part is worth compromising who you are. 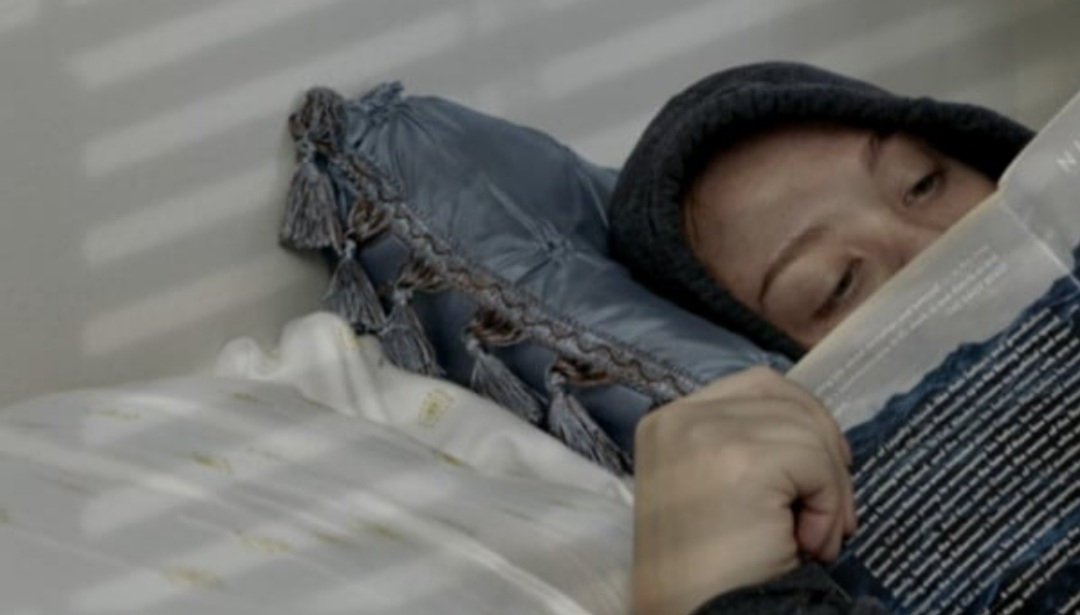 WHERE THE LIGHT ENTERS

Mary (Paige Sciarrino) is encompassed in darkness. An out of work, struggling actress, it would be hard to find a single actor who hasn’t felt