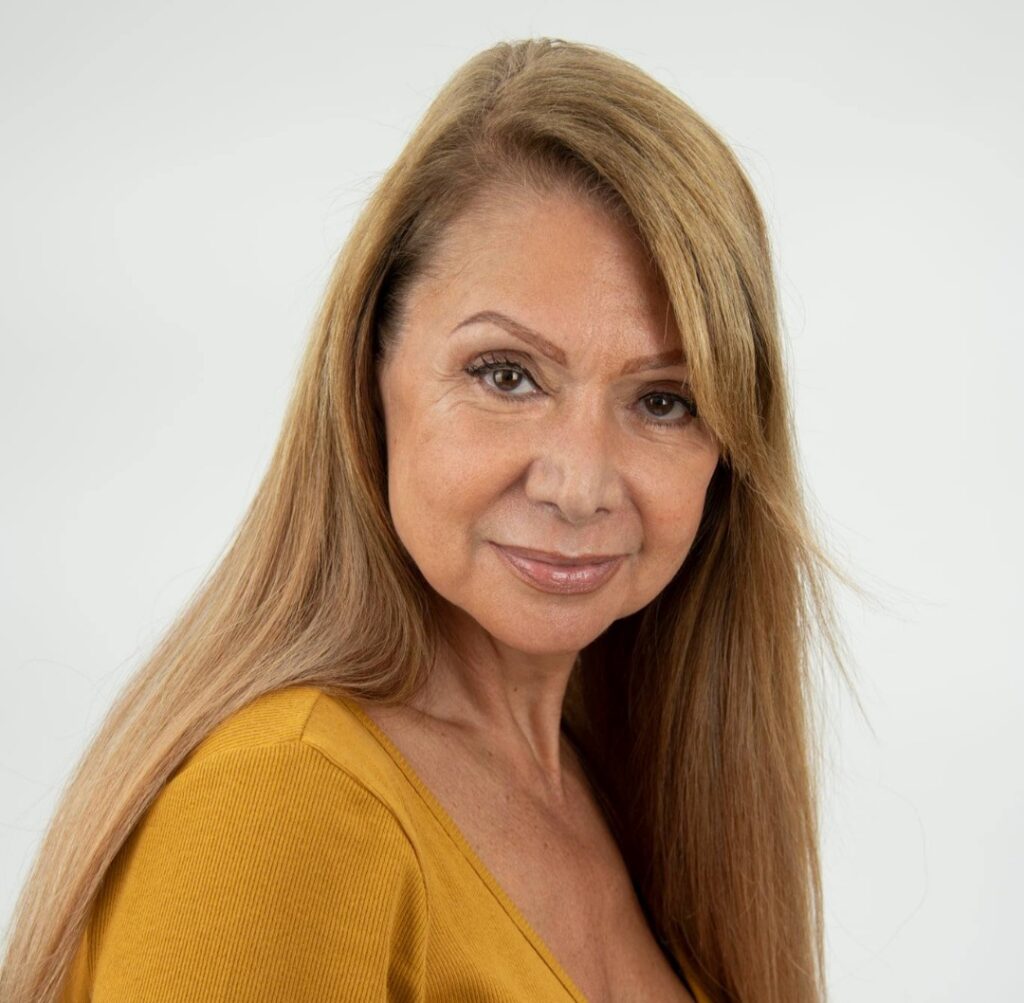 You have been dancing since you were four. Tell us about your love for dance and why it is such a personal journey for you?

I was born with a disability. The Physicians believed I would never walk. By the time I was 3-years-old, the braces were removed from my legs. I stumbled and fell, but knew I wanted to be a Dancer. I was unyielding in my pursuit. My parents were hesitant, but after speaking with the best Physicians, they made the decision that the classes might help me walk more stable over time. I was ecstatic. It was a long journey of pain and severe swelling, but I loved the classes too much to stop. There was a recital at Carnegie Hall and I wanted to be involved. I worked very hard to show the Instructor that I was ready. I made it into the recital and never stumbled. I was 4 yrs old and was mesmerized by the huge hall and felt no fear. I knew then that this was where I belonged. After years of schooling, I learned jazz, tap, and ballroom dancing. I also took ballet for balance and grace. I still study dance to this day. At one point, I had my own dance troupe, called “Roxie’s Rubies.” We danced at many venues in New York City. It was thrilling. I put most of my time into ballroom dancing. It was challenging working with a partner. We were considered competitive dancers and competed throughout the US, winning many awards. I will always dance. It is in my soul. It also was the first Art form I studied and performed for many years. The little girl who was told she would never walk became a professional dancer. I hold this time of my life very close to my heart and can proudly say; “I am a Dancer.”

How has autoimmune deficiency and other illnesses changed your everyday life?

My myriad of illnesses has never stopped me from pursuing my goals. I have accomplished many of my goals, regardless of the pain which has been brutal. It has not been easy. I have never given my illnesses any importance. Yes, I take my medication and visit with the doctors, but still do as I please. I’ve studied mind over pain for several years, and I can honestly say, it works. Some days are more difficult than others, but I still do what I must. When you talk too much about your illnesses, you give them life. They can easily take over. I refuse to let that happen.

What roles interest you? Do you have a favorite role?

As a female actor, I tend to look for the roles of powerful women. I played a young Queen Elizabeth years ago. The role taught me about strength and power. It also taught me about how and when to use it. I can say it was my favorite role amongst many. I was in 25 plays. I had my own Theater Company and wrote and directed 17 plays. Another thrilling time in my life. Acting is a difficult Art. I find it tremendously challenging. I’ve studied different techniques with several schools, but find “The Method” works best for me. Sometimes, when necessary, I incorporate the different techniques to make a character as interesting and believable as possible. I have great respect for this Art.

Tell us about the plays you have written. Where do you get your inspiration from?

Everything I write is usually about people and situations I know. I have met many colorful people in my life and have been involved with them, as well. If I must put myself in a precarious situation to make the story as real as possible, I will not hesitate. I spent several years at the infamous “LimeLight” so I could write a story and give the audience the most insightful view of this notorious club in NY city. I didn’t disguise anything. The full essence of the club was there for the audience to see. I don’t believe in holding back. If I viewed a pornographic scene, then it goes into my writing. Realism is essential in my work.

2020 has been a good year for your career. Tell us about “THE DANCER”

THE DANCER was the first film that I put into the film festivals. As a student at NYU, I had made several films. I wrote and directed this short film. As a dancer, I began to think about the worst thing that could happen to ruin your career. I made the decision with my Editor, Rob Reilly who is also a filmmaker, that she should lose her legs due to a horrible accident on a huge stage during a performance. It was a dark piece but was received well by the audience. It was in several film festivals and was nominated in different categories, and won for Best Cinematography. With a great cast and crew, we still had a major problem. Because of many years in the theater, I wasn’t educated enough in film to watch for continuity issues. My mind was fixated on the actors’ performances. With the experience and knowledge of the Editor, he was able to find a way to make this film as smooth as possible. I’m very grateful to him. Without his excellent ability, this film would not have worked. THE DANCER can now be seen on Vimeo. I learned a valuable lesson from this film which I will never forget. Continuity is essential. THE DANCER is very special to me. It was a great filmmaking experience. I was part of it all. Music, coloring, sound, lighting, and everything else that goes into making a fine film. Special thanks to Rob Reilly for giving me the opportunity of being part of it all.

Was this the first film that you directed? What do you enjoy most about directing?

No. This isn’t the first film I’ve directed. I directed at NYU as well as for other people and their projects. I find directing to be my favorite Art form. I’m not a prodigy. I had to work long and hard in every Art form. Directing comes easy to me. I know what I’m looking for and I’m able to convey it to the actors. I still have much to learn and I’m quite anxious about learning. I thrive on it. I’m a strong director and very serious. I can be hard on the actors only because I want to get the best from them. As an actor I always give the director what he wants. All actors should know this is very important. That is their job. Whether you agree or not, the director is most essential on a set. He or she controls every aspect of a film. I now enjoy directing more than any other Art form. I love them all and have had wonderful experiences, but my heart is with writing and directing.

Many people may be very surprised at how you are able to accomplish so much while facing many challenges, where do you draw your strength from?

My strength comes from within. The mind is extremely powerful. I’m in chronic pain every day of my life so I have a health aide and nurse for 7 days. I must sleep and eat properly to stay strong. When I’m on a project, I feel nothing until it’s over. It all has to do with training your mind. I also don’t take on projects that are too time-consuming. You must know your limitations. If I know it will cause me more pain, I won’t do it. I’m on a schedule and I must keep it.

Tell us about your film, “THE CHOICE.” Why is this film so important to you?

THE CHOICE was done two years ago. It has much meaning to me because it is about me and my deceased family. A tremendously difficult time for me. I was compelled to write about it. Perhaps, I believed it would put closure on the loss. Nothing ever has done it. The remarkable filmmaker, Debra Markowitz was more than willing to help me with the script when I asked. She did revisions and added characters. She cast and directed the film and it did very well. I was by her side through the filming. It can be difficult when you have two directors on set. I must admit, it was hard for me to stay quiet as she directed. Nevertheless, the film garnished many nominations and awards. I’ll always be grateful to her for helping me.

My plan as of now is to complete my acting reel and to make a new short film titled; JADE which I may consider taking the lead role.

Sincere appreciation to Jules Lavallee for giving me this great opportunity. 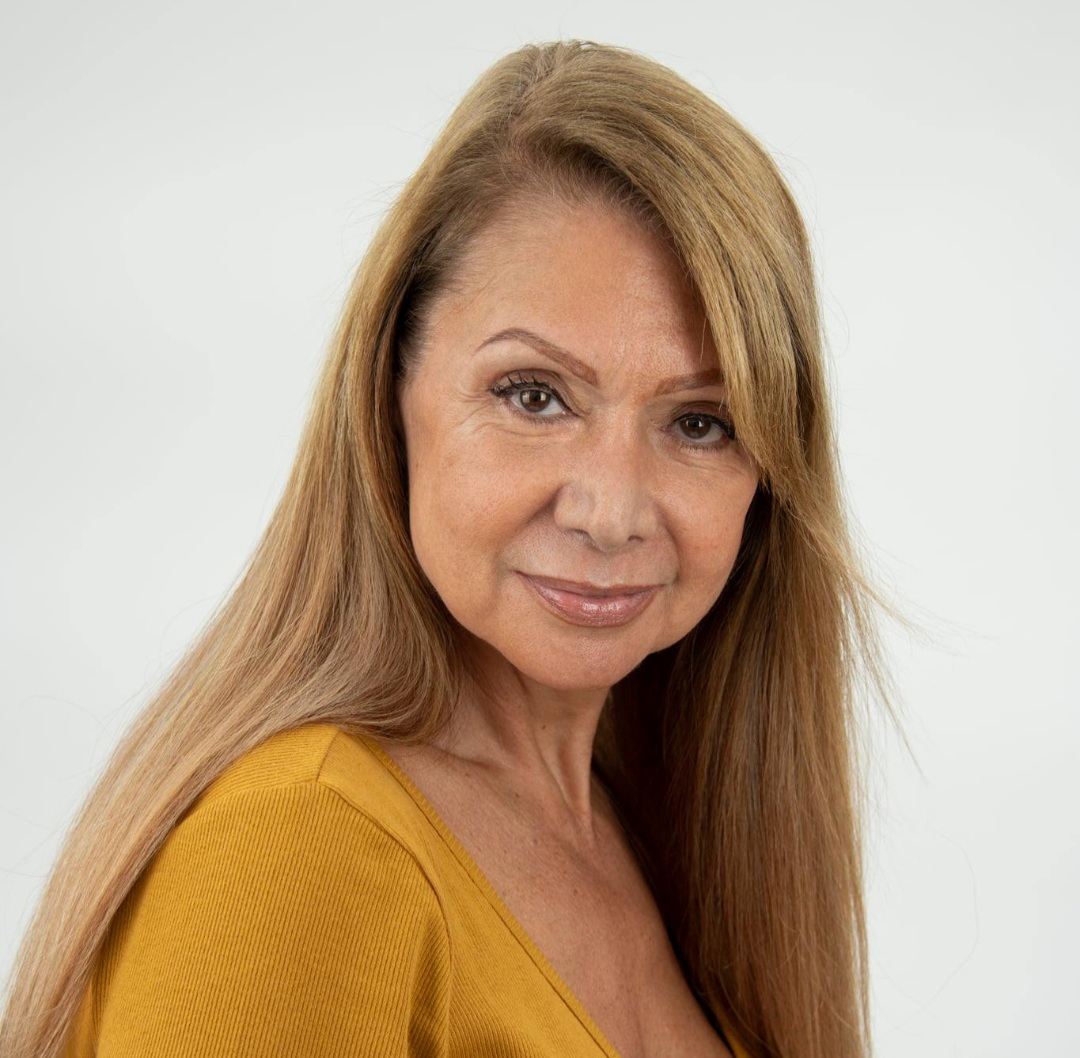