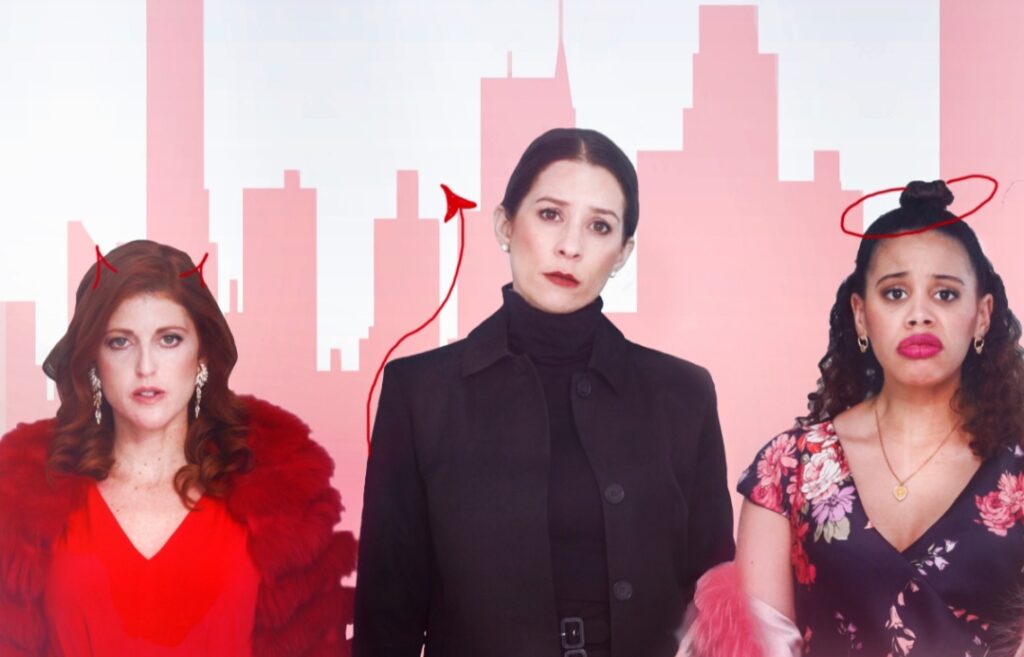 There are many powerful beings and renowned characters that have withstood the test of time: the Greek gods, the pinnacle figures of world religions, and last but not least, the personification of Evil itself. While many of these figures have remained unchanged throughout history, creative individuals like Caitlin Scherer have taken it upon themselves to share newly constructed perspectives on these eternal identities and the timeless themes they embody.

Scherer wrote and directed a 9-minute short film entitled Wicked Image, which explores the characters of Evil in an endlessly fun and fresh new way – and anyone who bears witness to this work of art is sure to respect its enticing originality and amusing creativity.

The comedy film features four main characters: Lucifer, AKA “Lucy” (Leigh Ponce), Satan, known as “Satine” (Jessica Sherr), the Devil, referred to as “Deville” (Heather Brittain O’Scanlon), and Vespa (Hope Blackstock), a cunning PR agent who is eager to repair the image of the Evil trinity. Through the use of freeze frames and graphics, each character is quickly introduced within the first few minutes of the film, allowing audiences to immediately grasp an understanding of their attitudes, energies, and combined objectives.

Satine, Lucy, and Deville – dressed to the nines in their own distinct and fitting wardrobes – continue to move throughout the pure white industrial office. As they speak, audiences realize their predicament: they have come to this established PR firm to rehabilitate their image (since the world refuses to acknowledge that Lucifer, Satan, and the Devil are three separate individuals – and most importantly, that they are women).

As the film carries on, the three women meet Vespa as she emerges through a cloud of smoke: her commanding entrance both entices and shocks the women since her demeanor evokes a sense of villainous dominance (a wonderful creative decision from Blackstock). Her distinct and alluring tone of voice reels the viewers in, mirroring a sense of eerie tranquility. As further events transue, the Evil three begin to bear witness to Vespa’s motives and strategies (which make a clear statement on the moral obligations – or lack thereof – of PR firms everywhere), and her chilling persona reminds them each to harness their powers and regain control of their image by reconnecting to their most authentic selves.

The film’s cast did a spectacular job of breathing life into this script. Ponce’s portrayal of Lucy was surprisingly innocent, reminding viewers that childlike wonder and empathy still have life in the darkest of souls. Sherr’s performance was riveting as well – her attitude and snark were a perfect fit for Satine’s backstory, and her calm but cynical words were delivered in a wildly entertaining way. Heather Brittain O’Scanlon had a delightful performance as well – her embodiment of Deville felt uniquely distinct through the assertive and moody delivery of her lines, and she was a joy to watch on the screen.

Visually, the film could have explored a few different angles, colors, and set pieces to give it a bit more dimension – the aesthetic look felt slightly flat at times, but even so, this creative decision still played well in creating an “other-worldly” feel.

Overall, Wicked Image is a quirky and imaginative short film, and its contemporary spin on a timeless narrative is something to be admired, respected, and enjoyed. 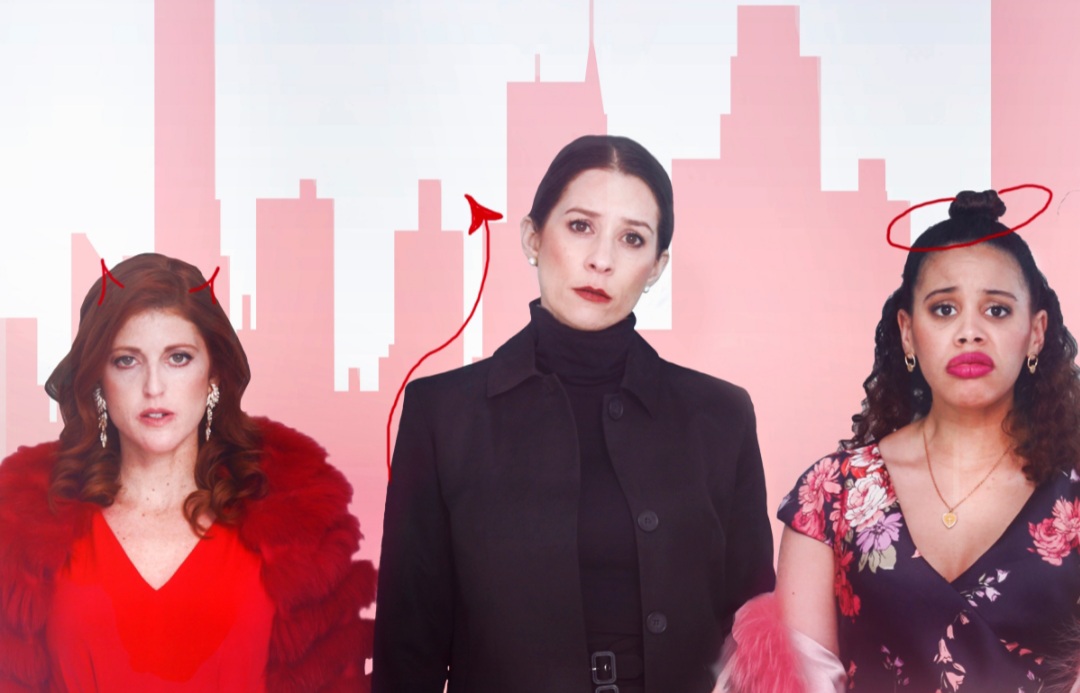 There are many powerful beings and renowned characters that have withstood the test of time: the Greek gods, the pinnacle figures of world religions, and