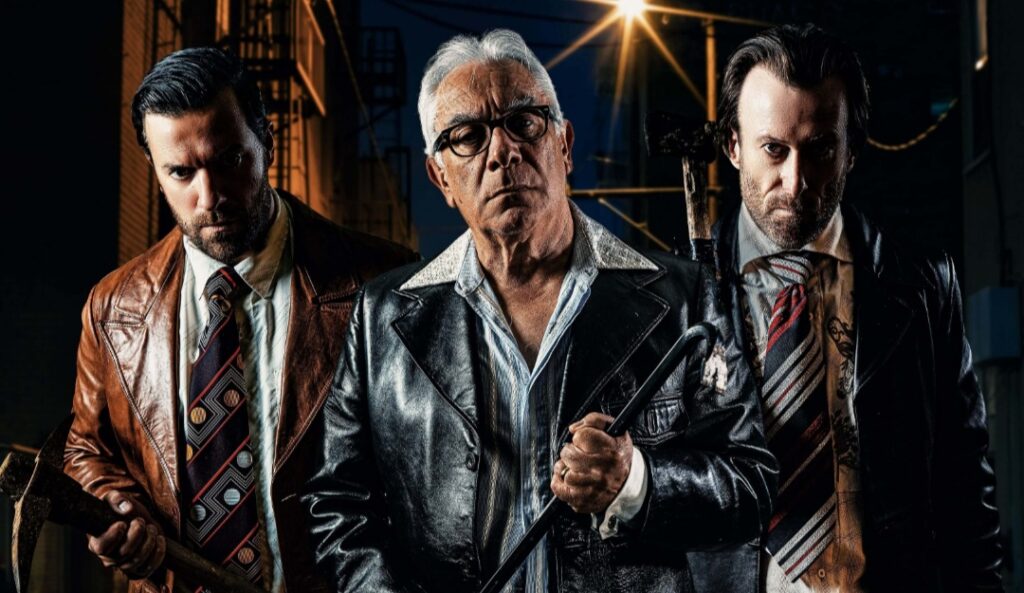 Hells Kitchen brings us back to 1978 and the New York City mob scene. The storyline follows a series of shipments and mob associates that have gone missing. So obviously the boss puts his most ruthless soldier on the case and, well, we pretty much know where the trail will lead – violence, betrayal and retribution. Not a problem in this 16 minute short film where the unraveling of the plot isn’t where the actual story lies. Instead, the real message comes across in the window dressing, and in this, the bits and pieces of gangster culture provides all the scenery we need to understand.

The film written, directed and starring Steve Young doesn’t waste any time letting us in on this soullessly violent life. A man who has run afoul of the aforementioned oversight isn’t much longer for this world, and at the hands of Johnny Santorelli (Young), the bloodied actor (Troy Larkin) make us feel his pain.

We can also sense the futility of his plight in the remote, darkness of the setting. On the waterfront, the real Gangs of New York could have very well designated the area a place never to be stumbled upon.

So chilled to the bone, how does Hells Kitchen fracture our collective femurs? Johnny breaks into an amusing anecdote, and we see that terror has no punchline.

On the other hand, it’s all fun and games for the mob soldier, and with Young delightfully and sadistically holding court over the condemned, mafia justice is forced down our throats.

Aghast, we become collateral damage, but then the film gets down to it. “A Great Time to be a Gangster,” reads the film caption, and the Daniel McCulloch score kicks us into high gear. With a beat that is reminiscent of Pulp Fiction or Reservoir Dogs, an ominous celebration of the criminal decadence is just ahead.

The misdirection then continues by situating the drama inside a church, and we get our first look at the big boss – Jimmy ‘The Don’ Gallo. Serge De Nardo confidently strides into the scene, and marching to the music in slow motion, the actor’s swag feels like the devil himself is arriving with a message. “The light has no chance against the darkness I possess.”

The effect also comes across as stained glass windows restrain the almighty’s power of the sun, and the light-dark imbalance of the Joshua Hoareau cinematography implies an evil reign. Of course, the heavy’s dominance holds sway – even in the holiest of places.

At the same time, the emperor’s clothing looks the part in his contemporary leather jacket, old guy giant glasses and buttoned down polyester shirt.

All courtesy of the costume design of the director/writer/star, the same goes for the 70s getups that Young breathes life into. The actor’s dialect also tries to evoke the time period, and Donnie Brasco comes to mind.

However, the accent doesn’t quite rise to the mastery of Al Pacino or Johnny Depp. But the deficiency is easy enough to overlook – especially since Young has the GoodFellas mannerisms and movements down to a cinematic science.

So the time warp set in place, the matter at hand returns, but again, finding out who’s the rat and taking care of business isn’t what takes us aback. The stories, the clothes, and the criminal nonchalance preempts the plot and the ensuing revelation is clear.

The ease in which these mobsters navigate the daily routine is akin to the way we go about taking out the garbage or paying our bills online. So while other mob films may tend to have us seeking parallels in our own lives, Hells Kitchen clarifies that these people are nothing like us. 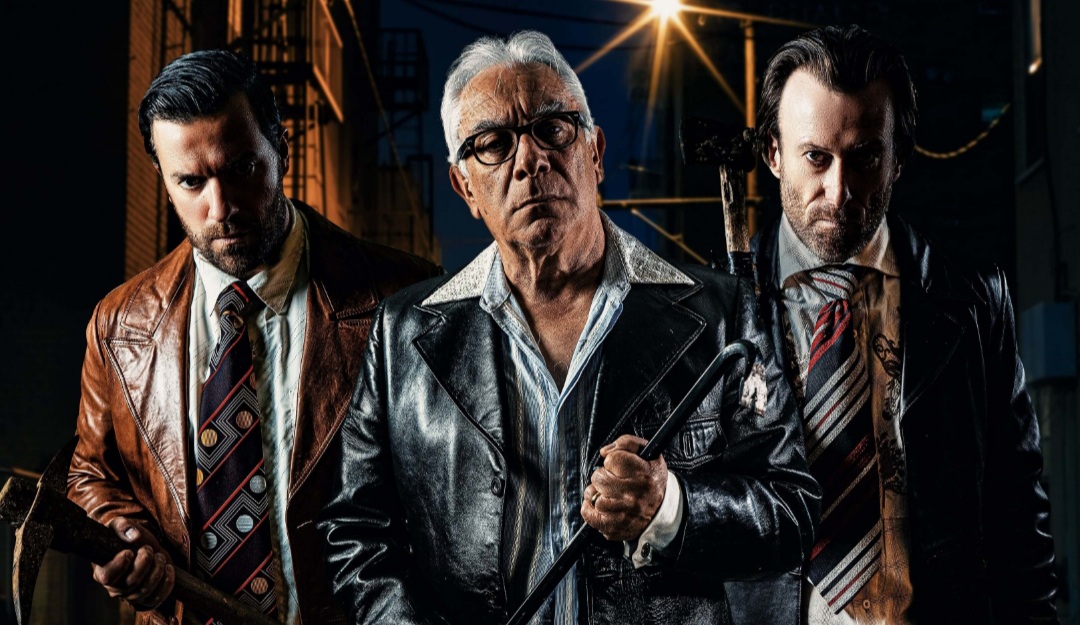 Hells Kitchen brings us back to 1978 and the New York City mob scene. The storyline follows a series of shipments and mob associates that