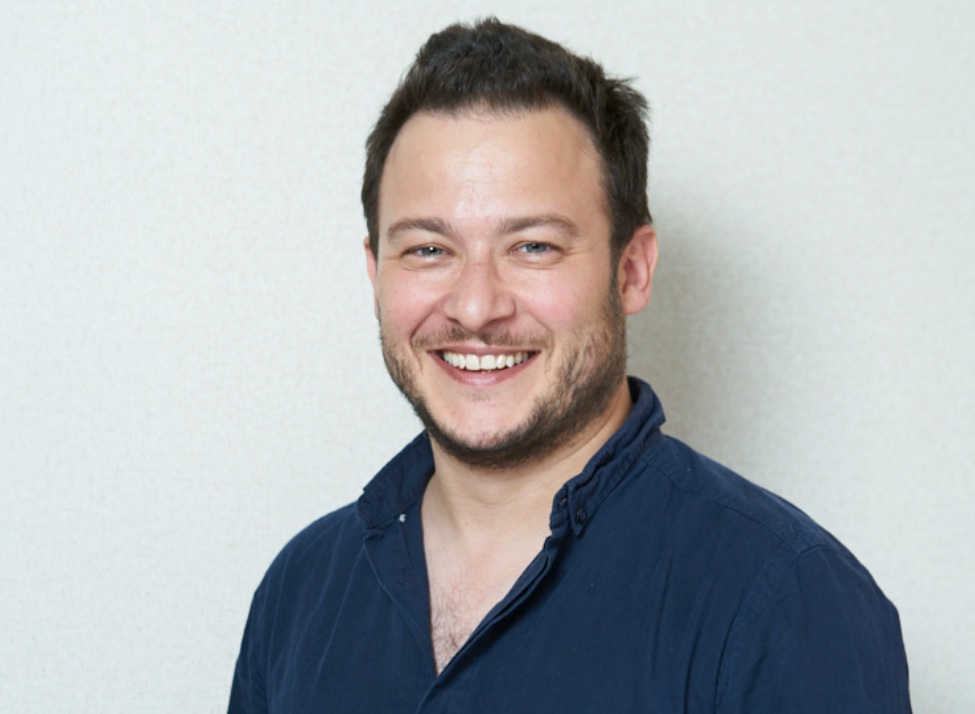 I read that Ganef is inspired by stories of your family’s past? Can you share if there was a specific event that you experienced or one passed down through your family that sparked the genesis of this story and if you see yourself in Ruthie?

That’s right, my mother’s family were Holocaust survivors from Frankfurt – like Mrs Hirth, the mother in Ganef. Unlike Mrs Hirth, my grandmother did not end up in a concentration camp, but she did spend the war as a child on the run, hiding across Occupied Europe, ending up in a convent in Rome where she had to pretend to be a Catholic. Many of her family – cousins, uncles, aunts – were murdered. So for me, growing up in the 80s and 90s in London, the Holocaust was a constant background music – we’d hear stories of survival, become aware of relatives, mentioned with sadness, or a hushed evasion, who didn’t make it out alive. So in general, I became aware of how trauma lingers, how the Holocaust didn’t stop shaping the lives of those who survived it, and I wanted to represent that in a quieter, domestic way.

I did hear a story about a relative, survivor, who, because of her experiences in the war, was a little nervous about being too showy with her shopping bags, thinking it best that ‘people’ didn’t know what you had for fear they might take it from you. This paranoia gave me the kernel of the idea for Ganef – what if the ‘people’ was a beloved cleaner and what if a little girl took the warning literally?

Yes in some ways Ruthie is me. Someone who has internalised the trauma of my family’s persecution at a young. But I wasn’t alive in the early 60s, so it’s also my mum and children of her generation (or second generation survivors, as they’re now called) who were raised by traumatised parents and had to deal with its psychological aftermath.

The actresses in Ganef are all wonderful. So many of the powerful moments in this film are reaction shots not involving dialogue? Did you approach casting differently than your other films that are so much more heavily reliant on commanding ownership of text?

Well first off, thank you. And I agree! Firstly, we were so lucky to have a brilliant casting director, Matilda James. And in terms of the adult actors, no, my approach didn’t differ from usual. If anything it was simpler – I knew Lydia through my work in the theatre and Sophie just seemed perfect for Lynn – playful, funny and open. So we offered them (both first choices) and they accepted. Wish it was always that easy!

The biggest casting challenge was finding our Ruthie (the little girl) and, all I can say is, we were so so lucky to find Izabella. We met about 40 girls, either on tape or in person, and some of the girls we met were a bit older, but it became really clear that, for this story to work, Ruthie had to be young enough to plausibly make the mistakes she does because she is scared. There’s always a risk with actors as young as Izabella – she was FIVE when we first met her! – but her emotional intelligence, energy and wit, as well as her understanding of the camera (she’d done some modelling already), made her the standout choice. And on set she transcended all our high expectations. She was quite amazing to work with.

In your opinion, whose story are we really following here?

Great question. I mean, on the surface, it’s the little girl’s story. But I’ve deliberately given the other two women – the cleaner and the mum – weight and space. Each is opened up by the misunderstanding, their frailties revealed. So I hope it feels richer and more complex than a single POV.

There’s only one scene that involves Mr. Hirth. It portrays a picture of a wholesome family life, what is the significance of it taking place during Hanukkah, as opposed to just a normal night at home?

There’s nothing specifically meaningful about Hanukkah in itself, although it underscores the family’s observant Jewish identity and shows a family openly practicing their faith when they have a dark history of having to hide it. But the menorah is also a helpful narrative device – its silver and needs cleaning – a handy thread in the film! – and the Hanukkah candles are supposed to be lit facing out onto the street which gave us an important visual beat – Lynn, now marginalised, turning ruefully back to the house to see this illusory, instagram – perfect image of the family lighting the candles in the window.

There is a crisp attention to detail and muted colors in contrast to the soft wash of bright light emanating in through the windows; always coming in from the outside. Lighting is powerfully used throughout. It almost holds the characters in a way, can you share more about the choice to use natural light for both ambiance and the effect you hoped it would create?

Yeah, there’s definitely a sense, through the lights, of a house, a family even, warding off the pressure of the outside world – that was something Theo Ribeiro our gaffer and Alana Mejia Gonzalez, our brilliant DP, worked hard at. And that’s Mrs Hirth’s driving need – a safe place which shuts out noise and threat. I think that contrast helps intensify the child’s POV too – the heightened way we experience childhood, in all its joy and fear. We looked a lot at Paul Thomas Anderson’s Phantom Thread – somehow both period and contemporary – and Alana opted for anamorphic which enlarged the house and helped soften the light.

The set has many ornate pieces but is really a stark home with minimal pieces between simple cracked walls. It feels like both a large home of riches and wealth and a very simple home marked by tiny ornate things. What does this imbalance of richness, wealth, fine things, yet simple surroundings represent for you in this this story?

I’d never seen it like that, I guess, but the observation is interesting. I mean, in truth, we found this amazing massive perfect house (hard to do on a tiny budget!) and worked with aspects of its natural design. One of the rooms, where we shot the early joyful scenes with the girl and the cleaner, was like a time warp, full of period detail from floor to ceiling. But the simple cracked walls in the house, around the stairwell particularly where we shot some of the ‘spying’ scenes, do force that contrast – tables adorned with objects and ornaments this family cherish (photos of family, silver ornaments) set against the massive white walls of this affluent family home.

Is the film true to your initial script or did you find things in editing that brought out deeper questions for each of these characters?

Pretty in line with the original script, but I think the joy of having really good actors playing these moments is being able to cut dialogue if a look has done the job. And my editor – a genius, Maya Maffioli, who cut the multi-BAFTA winning Rocks and Beast and the upcoming Clio Barnard movie Ali & Ava– is so experienced and so brutal with anything that feels surplus that it really forced me to strip out non-essential dialogue. We a cut a written scene (the cleaner entering Mrs Hirth’s bedroom as she sleeps) because I’d asked one of the actors to push that scene too hard emotionally and it just didn’t work within the tone of the film – it’s such a delicate film and it was too much, too raw. On the flipside, we did ask the actors to improvise a little beyond the end of some scenes as written, and there’s one vital moment (when the little girl explains what she saw to her mum) which stayed – and I’m so grateful we kept it. In terms of deepening of characters’ intentions – the ambiguity around Lynn the cleaner’s arc required a lot of careful handling. For me, she’s not a thief ever, but after she’s falsely accused, she does feel excluded and disrespected, and this leads to a moment of transgression at the end. Charting that journey in the edit – making sure we weren’t explicitly suggesting she was a thief or ganef, but suggesting she desired the beautiful things in the house – that was a challenge in the edit.

So much of this story happens between the glances, were there things that you learned by watching the story unfold before you?

That nothing beats good acting. Get terrific actors involved and your audience will forgive you a world of low-budget production choices. Intelligent, sensitive actors give the idea, the story, heart and pulse. In a single screen moment they can play several contradictory thoughts, they can show a character struggling with their desires at the same time as pursuing them. Without that, your story will lack dimension and depth.

And having it be a story based in truth, was there anything that you took away that gave you greater understanding about your family? Or was there a lesson you hoped others might walk away with, that greater reflects the painful history at the root of the story?

My film is specifically about the Holocaust, but I hope it speaks more universally. I don’t think we fully realise that, when we violently harm and persecute other people, the damage, the wounds inflicted on mind and body, live on for generations, passing down from parents to children. News cycles create a strange delusion that, when the coverage ends, the pain somehow stops or fizzles out. But trauma will most likely be passed on to the children of the persecuted and to their children’s children – it’s like a virus, resilient and adaptive, capable of living on for generations beyond the moment it’s inflicted. When we hurt people, the hurt lives on.

If I can come up with a good enough idea, I’d like to make another short. I’m working on a feature length version of Ganef and developing other features. I have a TV show in early development and am writing a play (for the first time) for a theatre in London.