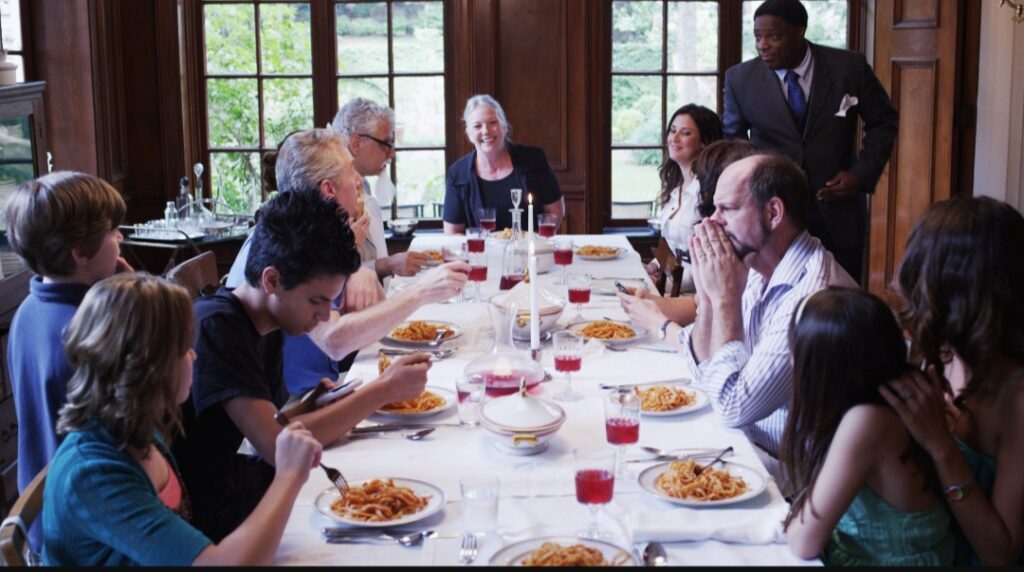 When the old world meets the new world, the exchange is bound to give. So Doug Bremner’s Inheritance Italian Style definitely lives up. But this back and forth has no intention of providing cultural enrichment and instead returns laughter as the main fodder for the 99 minute clash of civilizations.

A journey to eventually divvy up the belongings of the living family matriarch, the film opens on this side of the ocean and Seconda (Zoe Myers) immediately lets us know what matters most in America. “We lost 6% of our market share” Myers’ drone is all about the money.

But with a wince the actress does at least hint that there should be more to life than the rat race. Unfortunately, Seconda resigns herself to the futility and is forced to press on.

But the pace slows nonetheless, and the deceleration comes without a word. James Stone scores a series of melodies that convey old world Italy, and so does the aerial stock footage of Italy and Jim McKinney’s cinematography work in Atlanta at various exrteriors.

His interior home shots also put you across the ocean and settles the scene a world away. That said, the resulting tone plays contrast against the soullessness of America and when the two sides initially meet, the overbearing stench of the states is not softened. Right off the airplane, Natascia (Caroline Granger) is the picture of the ugly Italian-American. Crude, abrupt and completely self-absorbed, Granger bursts onto the continent by playing the stereotype on steroids.

The aura of the high strung perfectionist is only compounded by the insertion of her henpecked husband Arie (Rob Maniscalco). Bumbling, self-conscious and always ready to apologize for himself and his wife, Maniscalco’s performance makes you feel the weight of his marital plight as if it were your own.

On the other hand, Fulvia (Maggie Gwinn) isn’t as juiced up. But sister number three is also proud of her material wealth, and Gwinn endears by exhibiting a facade that tries to make money seem secondary. As for her husband Aboyance Ratar, his northern Italian origins are rife with arrogance, and William Neenan exudes an unapologetic intellectualism that sets up all his lines with the perfect opportunity to deadpan.

Next in line, Duplecia (Concetta DeLuco) has a currency to measure her self worth too. She likes a good time and with the overly amorous gardener at the ready, her stake hinges on the estate to keep the party rolling.

And finally, Tristana (Tori Montgomery) is the one who fell through the cracks. Never living up to the success of her siblings, she is riddled with depression and the opening exposition floors us. We find the despondent girl laying under a car in the driveway and Montgomery gives us a woe-is-me moment that is as Italian as it gets.

So the sauce has a pretty good mix, and of course, we must meet the stir to get a real taste. Mallatta (Dawn Campion) has no shortage of joy as the matriarch and an endless supply of kisses and hugs to shower her family. Still, this mess didn’t come from nowhere, and the old world isn’t as pristine as we’d like to believe. Campion adeptly plays the Italian mother who sows the seeds of their family’s dysfunction.

The actress doesn’t quite get the accent but her mannerisms and unpretentious facade let her dole out the guilt that is a controlling staple of the stereotypical Italian Mama.

Among are caricatures that might offend or miss the mark and has the sibling and marital dynamics typically spin out of control. So who cares, and what’s wrong with making light with a little excess. This especially since the best of being Italian wins out, and at the same time, we inherit a healthy supply of laughter. 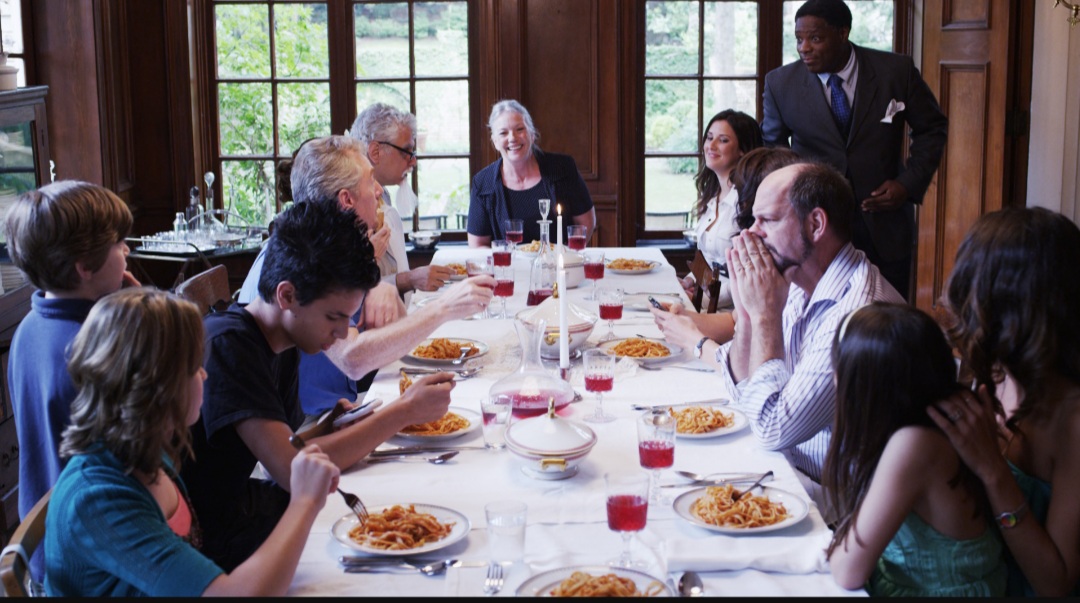 When the old world meets the new world, the exchange is bound to give. So Doug Bremner’s Inheritance Italian Style definitely lives up. But this