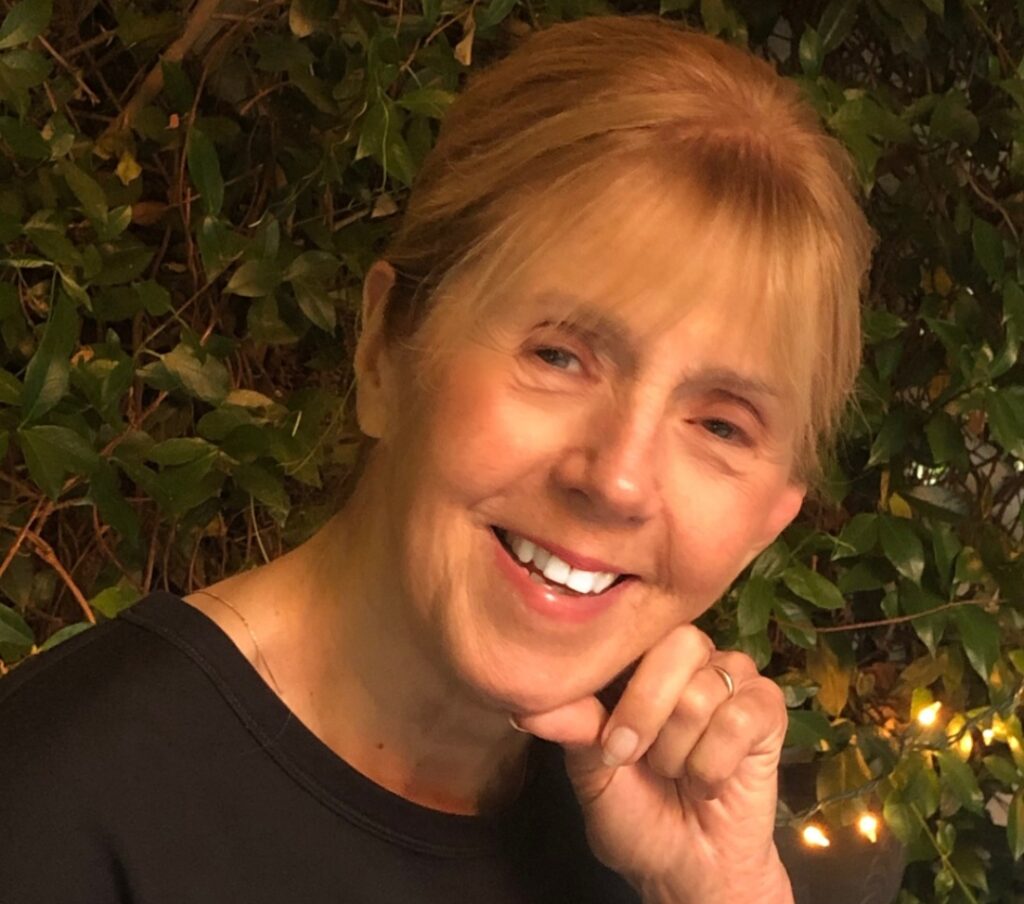 Starting out in philanthropy, what influenced you to take the leap into filmmaking?

I met a woman in Los Angeles who had been a filmmaker for NGO’s (non-government organizations) and we started to talk about her films and it sounded very creative to me. After reading an article in the LA Weekly, I was captivated by the front cover, seeing a picture of a man looking at a beautiful model wearing a 1930’s ballgown. And then I read the story and it said this man had 55,000 dresses. I contacted director, Stacey Stone and told her that I thought this was a remarkable story and that we should make a documentary. We went to the warehouse and spoke with him and his wife about his collection and what our vision was for a film. The Man Behind 55,000 Dresses and 10 films later the rest is history. 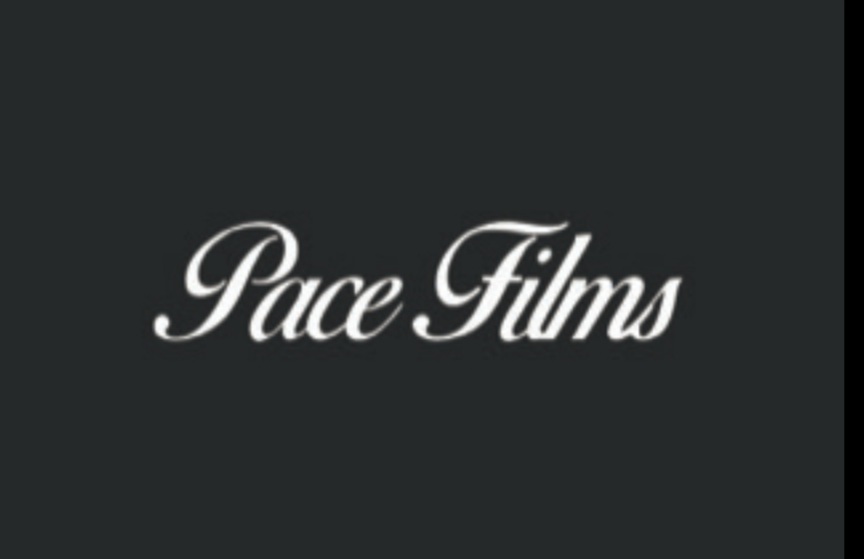 People have always been comfortable speaking to me and telling me their most personal stories and opening up to me. I’ve always wanted to tell people’s stories about their truths. I will sit down and talk to people that I’ve never met and know nothing about, and they will tell me their hopes, their dreams, their sadness’s, what’s happening in their lives, what they want, and what they want to happen in their lives. And to me, that’s a very important thing to be shown on film. I’ve never been one to believe that you should script people and tell them what they should say. So, to me, that’s really a documentary film. I think I’ve been able to capture that and people like our documentaries a great deal because of that. 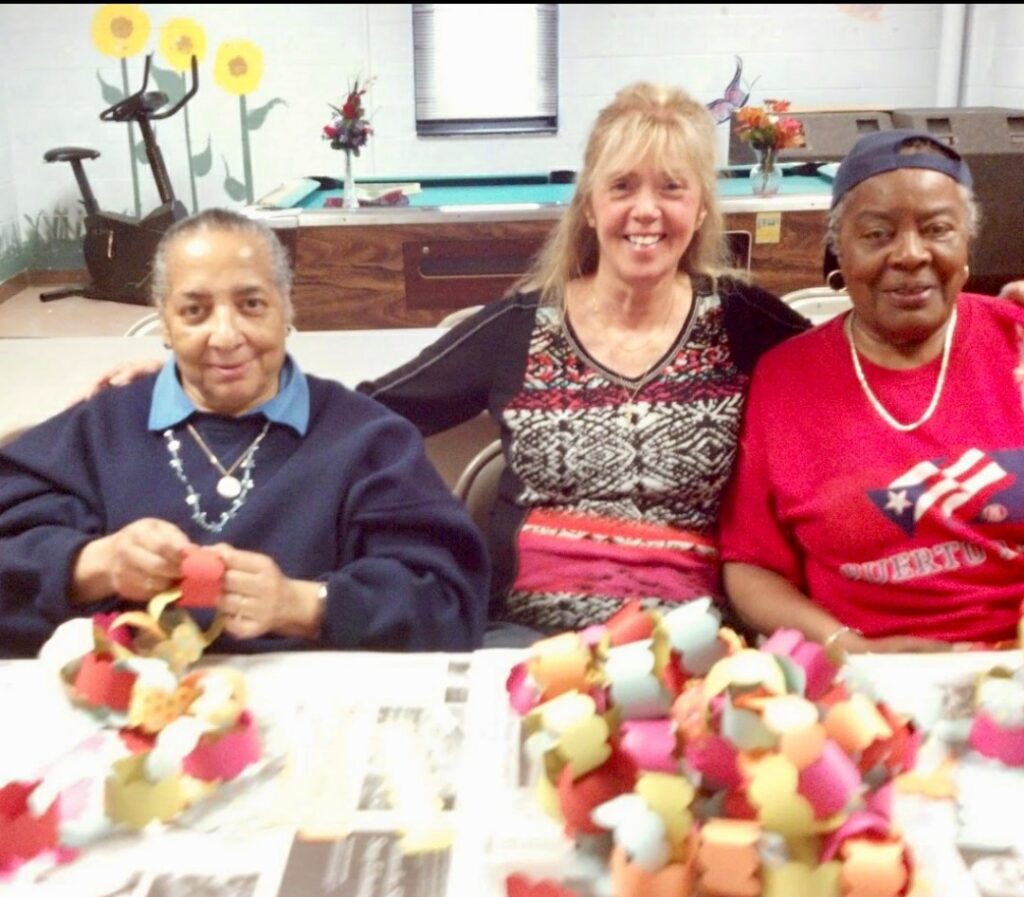 How does your background in humanitarianism shape your approach to filmmaking?

I was doing volunteer work on the East coast, dealing with various ethnic groups who were beaten down, poor children who had no families, some on the edge of homelessness, and people on the street who had no money for food. And I think when you work with people like that every week, you see their struggles and they’re just invisible to other people. I was always aware of race, racial animosity, but when I started volunteer work, I learned so much more about the hate that’s hidden under a cloak. They were so honest with me, they trusted me, and I loved them all. As a result, it’s very important for me to represent diversity in all the films I do – as much as I can.

Your documentary Toxic Sh!t exposes a deadly environmental issue that is affecting millions of Americans. What message do you hope to send to audiences and the corporations behind these scandals?

I want to send the message to big corporations that they are seen, we know what’s going on and they’re not going to get away with it. I don’t believe that corporations are ever going to do anything to change the way they operate. I don’t, it sounds absolutely hopeless, but it is hopeless because corporations are only interested in how much money they make. Management at the top makes the rules and they don’t care what happens to others. And I want to send the message to audiences, that it’s important people unite for a cause because I saw communities divided. And they could have accomplished so much more if they would have worked together in a cohesive way. 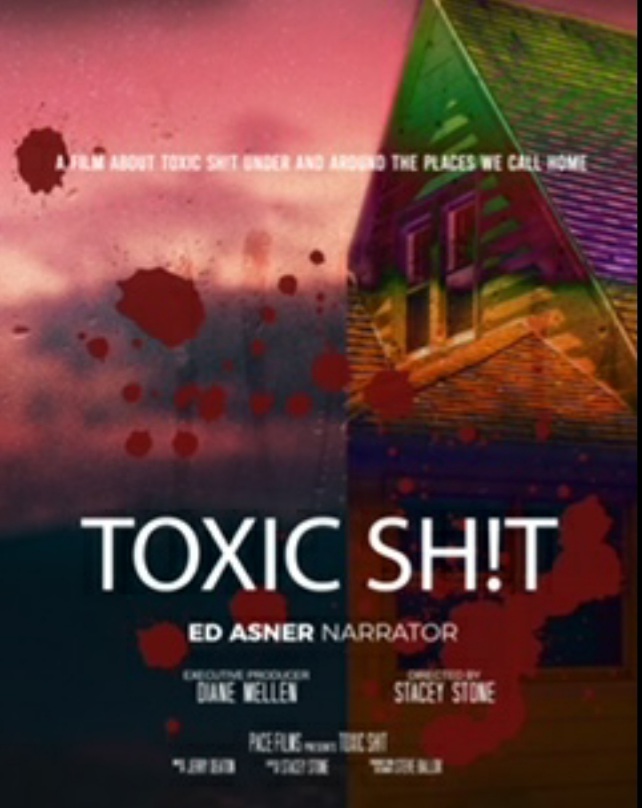 While filming, you discovered that you and your family grew up near a Superfund site. Can you tell us more about what that experience was like?

Well, the experience for me was shock and anger. Here I was doing a film about people living near a toxic site, not knowing about it. My brother was diagnosed with bladder cancer and after researching causes, the first thing that came up was exposure to asbestos. We grew up across from Raybestos, which is now a Superfund site. We never knew about it. So, in this case, art reflected life and I had a completely different understanding of the film I was doing. 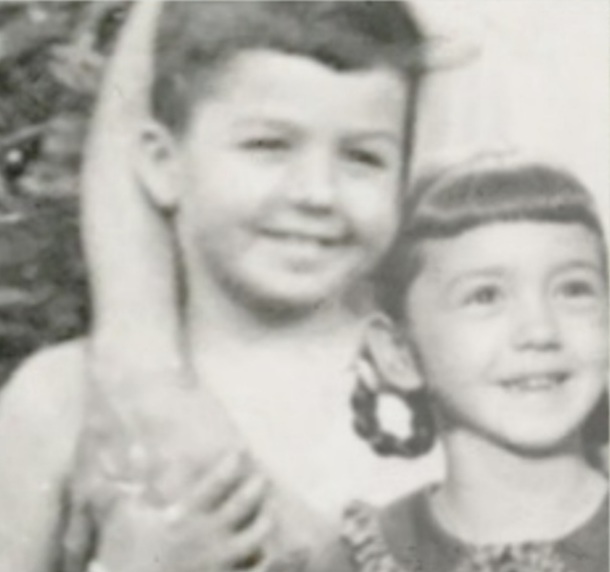 Did this personal connection to the film’s subject ever make it harder to dive into such a horrifying part of the U.S’s past and present?

I would say no, as a matter of fact, it drove me to talk to people more about how they felt and what they wanted to see happen because, personally, I would have liked to have had a voice with my situation. We want to let people tell their truths so that anyone watching the documentary can carry forward the message instead of numbly going along their way until something happens to them. 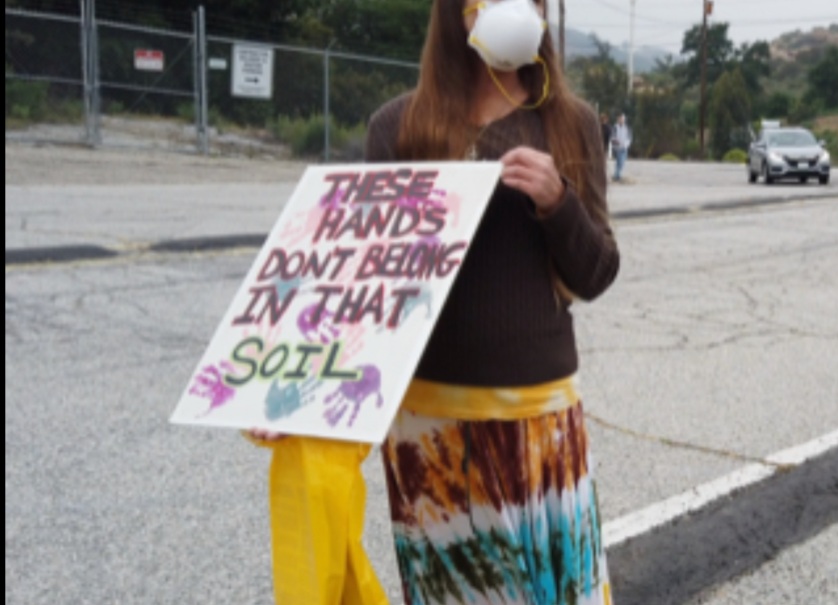 Toxic Sh!t is narrated by the late actor Ed Asner, a seven time Emmy Award Winner. Can you tell us more about how he came on board this project?

We were introduced to Ed Asner by a mutual acquaintance. He did another project for us and when we started Toxic Sh!t we contacted him to see if he was interested and available. He was the perfect person because he had been involved in environmental issues his entire life. Having worked at the Shakespeare Theatre in Stratford Connecticut, he was familiar with the area. Ed was a fighter for rights, he fought for the little person, and he was not afraid to tell the truth. 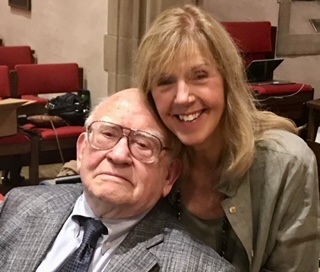 As Executive Producer, what sorts of tasks did you take on during production?

Well, I secured interviews, developed questions, found locations, arranged transportation, lodging, and contracts. Being a two-female run film company we both wear a lot of hats, and I will do whatever is needed before, during and after a shoot.

You conducted interviews for the film. Were there any challenges that you faced while hearing tragic first hand accounts?

There were challenges in securing people to be interviewed for the documentary. I would reach out via social media, then by phone to discuss their participation in the film. At a moment’s notice they would change their minds and say they didn’t want to do it without any explanation. One person worked at the local grocery store who was a perfect person to interview but when we returned, she said it was too dangerous and she couldn’t. I am very pleased with the participants we did get; they were all very open and forthcoming with their emotions and experiences. 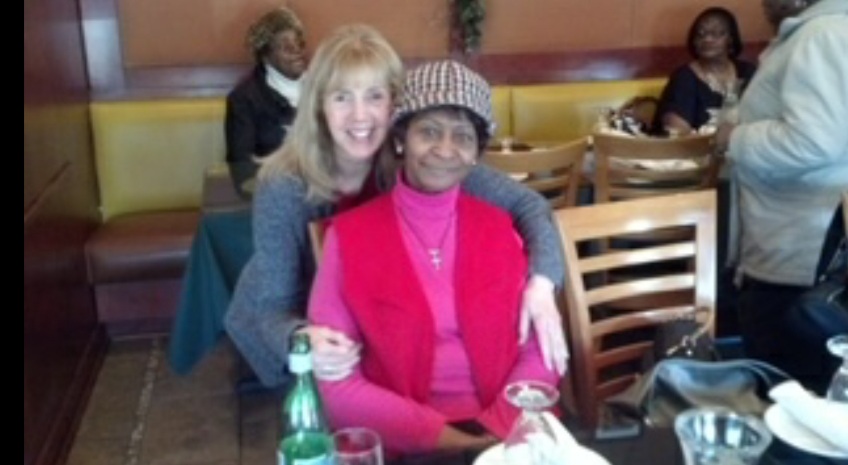 What do you think is the best way to approach interviews with subjects who may not be used to the camera?

What I do to make people comfortable is, we have a little discussion about something that is not related to the film. Especially if they have not been in front of a camera before, we’re on the same plane – I’m not an interviewer, I’m a friend interested in what they have to say. We don’t use large cameras, or booms or large light banks because we don’t want to lose the moment. Interviewees feel comfortable because at a certain point they forget they are being filmed. One of the more emotional scenes in this film was a result of a second interview and I believe that familiarity and getting to know one another is important to draw out raw vulnerability.

What other subjects are you interested in exploring more in your documentary work?

We are interested in social justice pieces. There’s a lot to be said, even more so now, during this time of COVID but I think one of the things that is really important is that the untold stories that are never told, that the media ignores, need a voice. And those are the kinds of stories we want to tell.

Are you currently working on any other projects?

We’ve just completed an animated short which I love. And we are discussing developing a story involving a friend of ours. There are many ideas in the works, and I’m excited about the opportunity to have options. 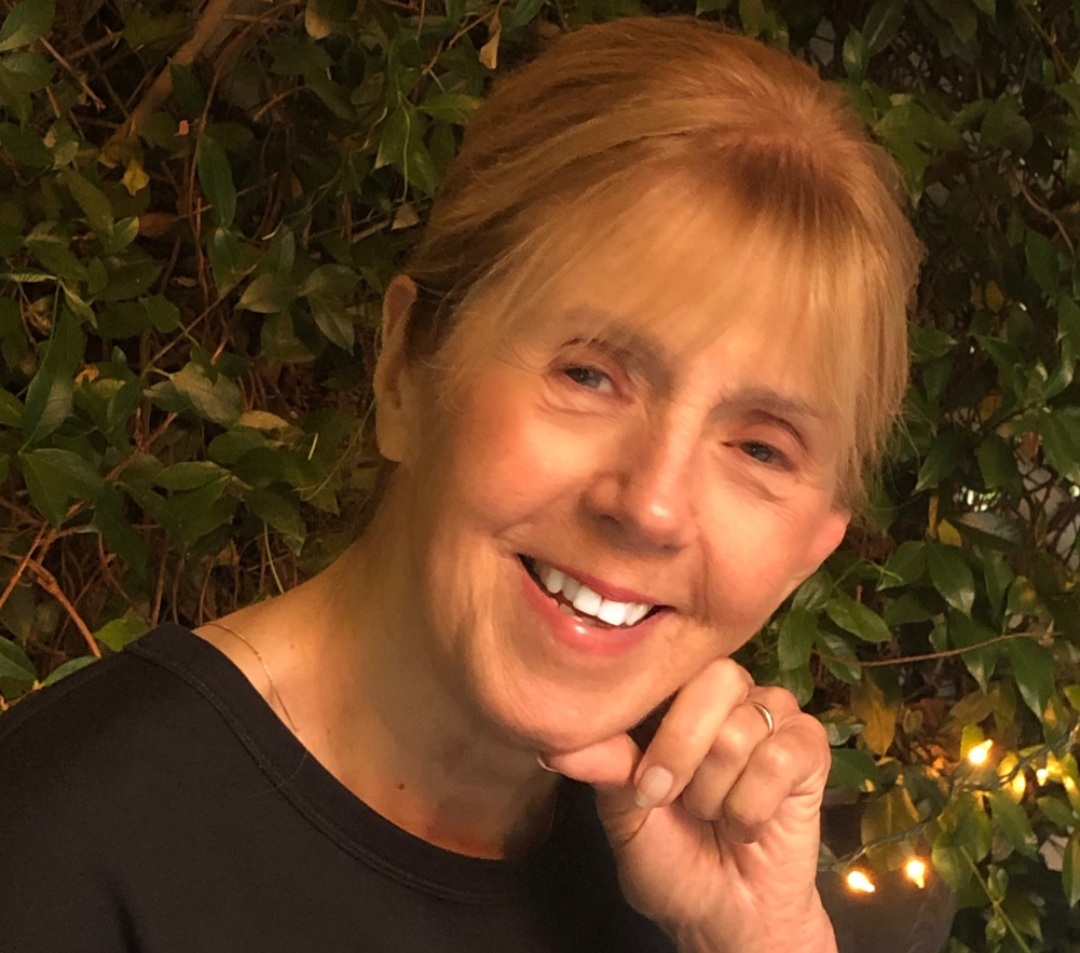 Take2IndieReview Sits Down With Executive Producer Diane Mellen Starting out in philanthropy, what influenced you to take the leap into filmmaking? I met a woman