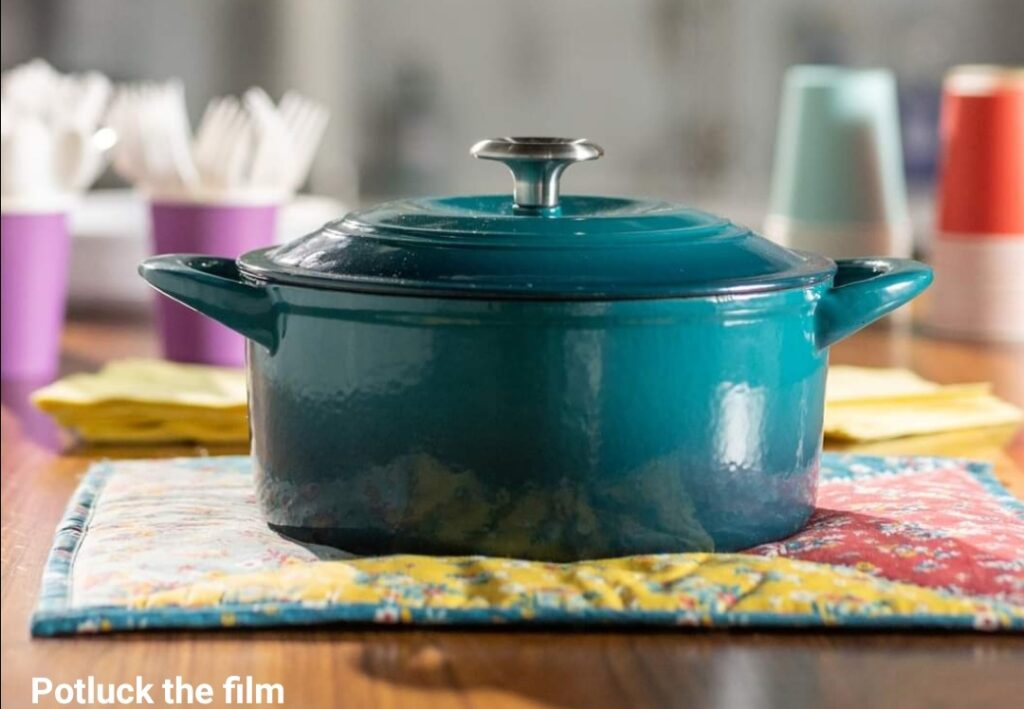 Potluck is an endearing and heartbreaking film about a woman who is trying to find her place in the world. The story centers around a woman named Carolyn (Sunny Williams) who, despite having a positive and outgoing personality, is finding trouble fitting in at work and at home. The film opens with a flashback to a young Carolyn (Olivia Lord) who is setting up her perfect birthday party with a Mork & Mindy theme. It is clear that she is excited to share this with her friends, but the friends never come, sending her into a dark spiral of self-doubt and feeling unworthy.

Cut to forty years later and Carolyn is older and happier, but perhaps not wiser. She starts her day in the mirror every morning, primping her hair, applying just the right amount of make-up, and staring at the countless Post-its that adorn the mirror. Each one holds an uplifting anecdote which she reads aloud to herself and chants like a mantra. Armed with good hair and an upbeat attitude, she tackles the day saying ‘Hello’ to everyone she meets. She tries to engage in conversation with the neighbors as she passes, but they avoid – or ignore her. Carolyn shrugs it off and heads to work where she continues her pleasantries with everyone she encounters. At one point she interrupts a ‘water cooler’ conversation about dogs to tell a lame joke about whether the coffee is decaf or not. Her peers acknowledge her and move quickly away.

This routine continues for days until Carolyn starts to show cracks in her fastidious facade. Williams does a brilliant job portraying this optimistic woman. She draws the audience in immediately with her charm and her warm smiles. When things start to go down the drain, Williams subtly shows just how hurt she is by everyone ignoring her – and it is heartbreaking to watch.

At this point, Carolyn gets the idea to throw a potluck every Wednesday in her building to get to know the neighbors. She puts a sign up on the community board. Once again she has everything planned out with colorful cups and plates, a large sign, and a good looking dish that she has brought. And once again, no one shows up. This sends Carolyn into a dark void of despair and hopelessness as her past comes back to haunt her. She rips the inspirational Post-its off of her mirror, she throws her make-up away, starts to dress in more grays and blacks, and gives up on fixing her hair. She has hit rock bottom.

Luckily, a neighbor named Sadie (LaTricia Akhagbeme) notices the potluck sign and Carolyn’s disappointment in its failure. A week later, at the depths of Carolyn’s darkness, Sadie pulls Carolyn into the community room where neighbors are waiting to have a potluck with her. It is a moment of hope for Carolyn, as something she worked for, finally paid off. As more and more people join the potluck each week, Carolyn’s confidence and self assurance grows and she begins to relax with those around her – letting the connections with others happen organically.

Writer and Director LaLa Halsema has crafted an excellent film about human connection and the lengths people will go to to make friends. Each scene and montage moment following Carolyn’s journey is well placed and perfectly edited by David Impicciatore, and the music accentuates each important moment beautifully by composer Jared Hamilton.

In Potluck, Halsema has made a truly special film about the need for acceptance and human connection, and oftentimes, letting it happen naturally. 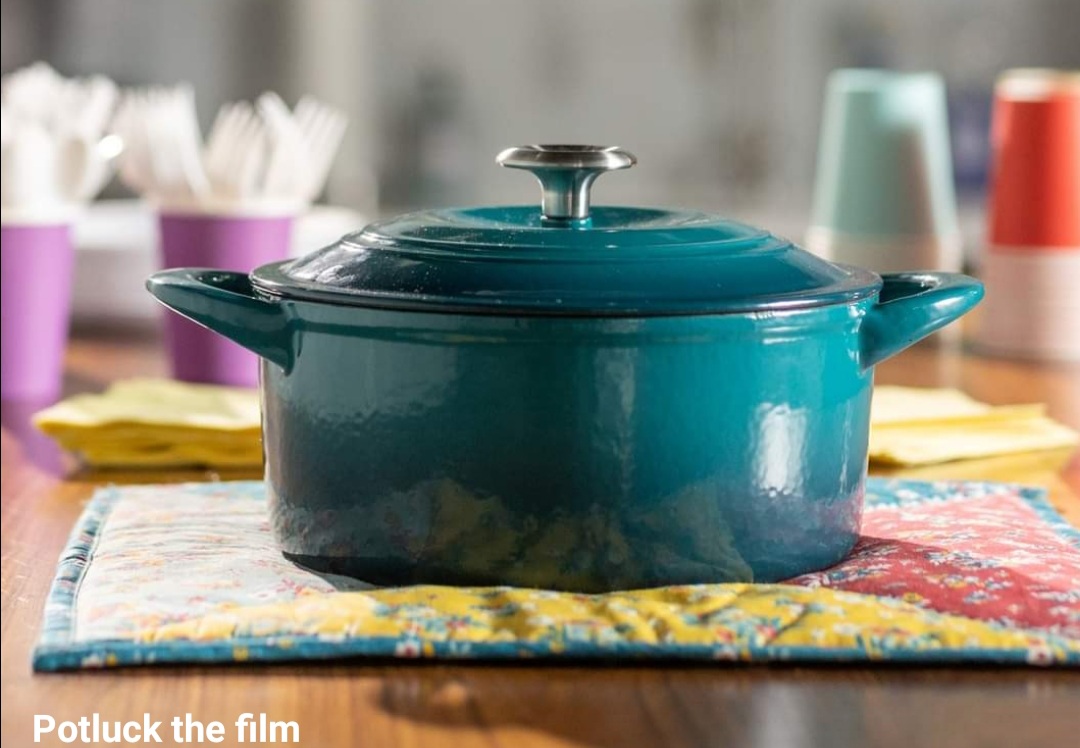 Potluck is an endearing and heartbreaking film about a woman who is trying to find her place in the world. The story centers around a