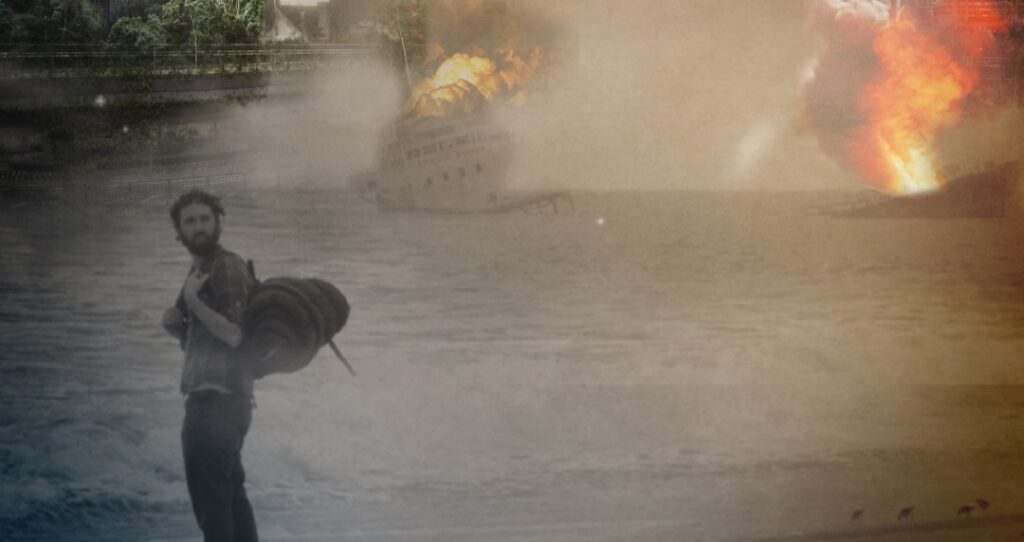 When Everything’s Gone is yet another post apocalyptic film in search for survival and rebirth. Rory (Alex Alessi) is the one on the outs, and his journey doesn’t necessarily break any new ground in the genre. In fact, the outcome is rather obvious. But the film is on target in our need to be reminded of our humanity, and co-directors Jeff Stewart and Alessi, hope we get the message before we actually are gone.

A plague has hit, society has broken down, and Rory is staying alive by staying clear of whatever remains. Out in the backwoods the solitude set up by cinematographer William Kaufman, seems endless.

Shots from the sky elongate the horizon and the greenery in between, the difficulty of the terrain on footbound traveler, reveals the actual distance. The soft singular notes the piano keyboard by Michael Vignola almost seem to tell us that one step at a time isn’t going to get us there. At the same time, the sounds of wind and chirping critters don’t make for much of a conversation starter for the lonely wanderer.

Of course, the setting doesn’t keep Rory from mumbling to himself, and against the backdrop of the vast expanse, we realize how alone he actually is. In addition, his seriously unkempt appearance implies how far Rory is from human judgement. Piling on, the weight of Rory’s journey comes across in Alessi’s exhausted trudge and winded exhale.

Rory wasn’t always by himself, though. At the outset of the breakdown, he took flight with his younger brother Chris (Gabriel Rush), and Rory is very much the older brother who is pledged to protect the younger.

Even so, Alessi returns just the right amount of brotherly love to make the younger feel autonomous, and despite the end of the world, the expedition feels pretty light. Like a run of the mill camping trip, the brothers fish on a serene lake and find humor in coming up empty handed.

The journey can’t escape the darkness, though. A cut to black tells us straight up, and the camera turning on, Rory returns in stark close up to his disheveled present.

So we eventually learn the brothers had intended to meet up with their parents, who were trying to elude the less than benevolent authority that still exists.

The rendezvous doesn’t occur, and the brothers diverge in terms of the way forward. Rory pragmatically believes their parents have fallen prey to all the outside forces, and Chris still holds out hope.

So the seeds are sewn for Rory’s isolation, and a different path ensuing for each, torment follows Rory’s traverse through the wilderness. But the condition is alleviated.

Unable to completely avoid, Rory crosses paths with Casper (Alex Emanuel) and his daughter Rosie (Catherine Blades), and the family takes him in.

Of course, Rory is suffering all the effects of his perilous journey, and Alessi’s harried portrayal conveys the potential risk for Casper and his daughter. However, Emanuel strikes a perfect balance between caution, and the yearning to be human – in an inhuman time.

A task that arrives easier for Rosie. Coming across clearly in Blade’s hopefully eyes, her wanting stare seems to foretell better things.

Still, the past travails will not make it any easier for Rory to rejoin humanity – especially as he carries the weight of his family separation. That said, the continual flashbacks to his brother and the gradual breaking down of their synergy drives home the point. The cut to black or zoom in on Rory’s face, in return, again shows the weight he still carries.

Nonetheless, a mutual trust emerges among the strangers, and evolves into a real connection. The father lets go of his doubts, and Rosie forges an endearing friendship. Fruits that are again blatantly revealed in Blade’s ability to engender trust through a welcoming face, and a youthful need to believe.

However, the new paradigm begs for more and the possibility exists for connecting on a societal level. In between, is the natural world.

A long shot of a river, the quiet calmness of the backwoods and the flowing green grass takes our breath away, but there are two sides to the wooden story. There’s danger inherent, and reinforced by a hollow wind sounding instrumental, Rory knows pretty well all that could go wrong.

Such is life, and while the consequences we face in seeking out others is less, the same risk/reward is true. We need each other, and the film implores that it doesn’t matter if it’s the beginning of the world, the middle – or the end. 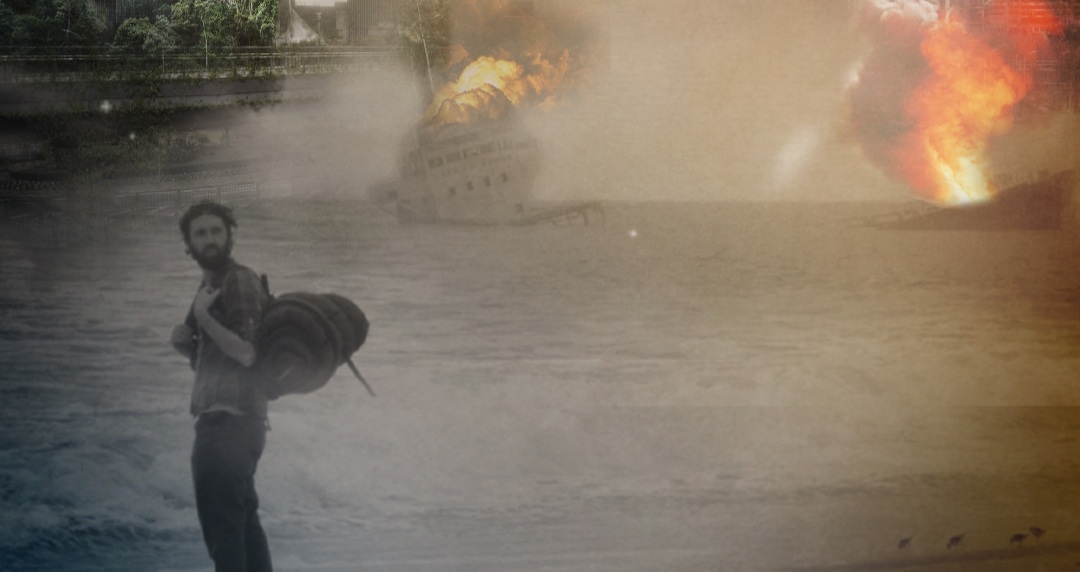 When Everything’s Gone is yet another post apocalyptic film in search for survival and rebirth. Rory (Alex Alessi) is the one on the outs, and